Fakeer and The Arc – Sandman

The new music video for Fakeer and the Arc - Sandman, created by Chetan Toliya and Yathi Kiran is a delight to watch reminiscing of the good ol MTV days! As soon as we saw the video we decided to get their pov on this delightful piece. Below are the excerpts from the conversation with Chetan and inputs from Yathi.

Chetan Toliya is from Uttarakhand. A NID, Ahmedabad UG'13 graduate working with Samaj Pragati Sahayog an NGO based out of rural Madhya Pradesh. While Yathi Kiran is from Vishakhapattanam and a NID PG'15 graduate. As chetan puts it, "Yathi did the first 1 min and I did the rest 1:45 minutes"
How did this project begin?
Well, while we were working on our usual informative and awareness animations, one of our team leader told us about Fakeer (Oran Brahma), an independent music artist based in Bangalore with a band called The Arc, and their upcoming Extended Play called Ikigai which has 3 songs. As Fakeer always helped our NGO films with music for free, we decided to pay him back with an animated music video. We chose this song called ‘Sandman’ and decided to animate it.
Team: It was just me and Yathi, and for the guidance we had our team leader, Shobhit Jain (FTII’93 Alumni) 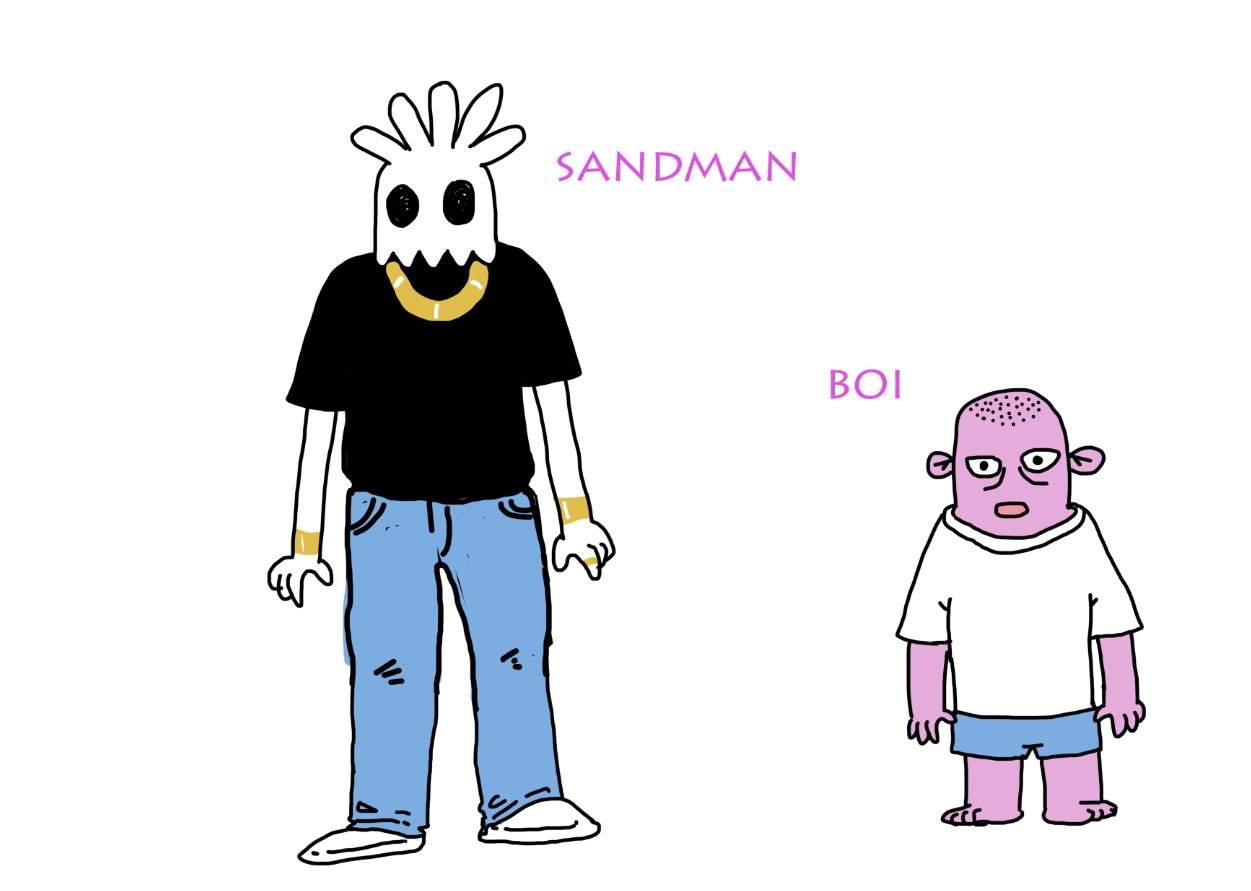 Style Chosen/ Direction/ Thought Process: The song lyrics are blue but the music makes it fun and uplifting - listening to the song, the retro animation visuals came to our mind. As the song is about a guy who is going through some troubled times and is looking for marijuana, Fakeer wanted something in a trippy style. So we decided to go with the 2D animation technique with boiling as it gives a funky look and ‘trippiness’ feel. For the retro style we decided to go for 4:3 aspect ratio, instead of 16:9. The colour pallet follows the classic old MTV music video style. We thought of characters and looking deeply into the lyrics the storyboard emerged with very rough sketches on an A4 sheet. That was it. And after that we directly moved into Animation without any animatic. 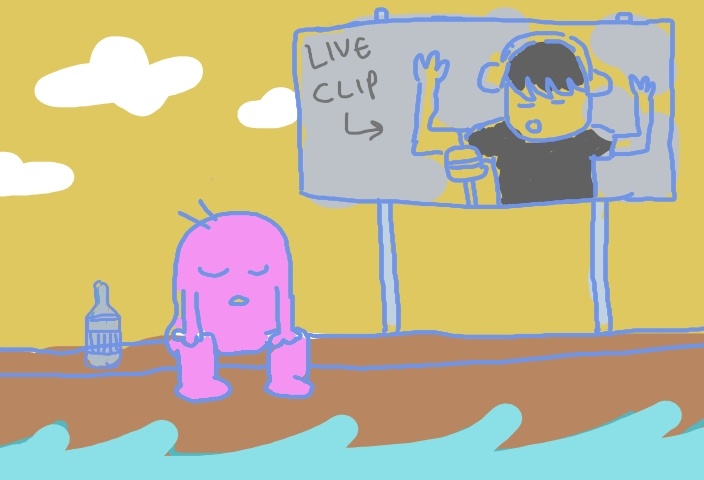 Production: The length of the song was 2:45 minute. And one of the usual problems when 2 people collaborate in animation is mostly in choosing one style/treatment. As we both had our past works with different style, we looked at few animated videos and came to one style. About the characters, while listening to the song this little pink boy came to my mind, who should look like a person with insomnia and sadness. I took a little inspiration from Radiohead’s Paranoid Android. The other tall character is from an illustration I had made few years back, which Yathi saw and told me that we could use that for our character.
After that we divided the song into two parts, where Yathi did the first part of the song and I did the later one. We used the TVPaint Animation software. We had to make it quickly, so I did it without any rough animation, with just one ink layer and one colour layer, also because I never liked working with multiple layers :p 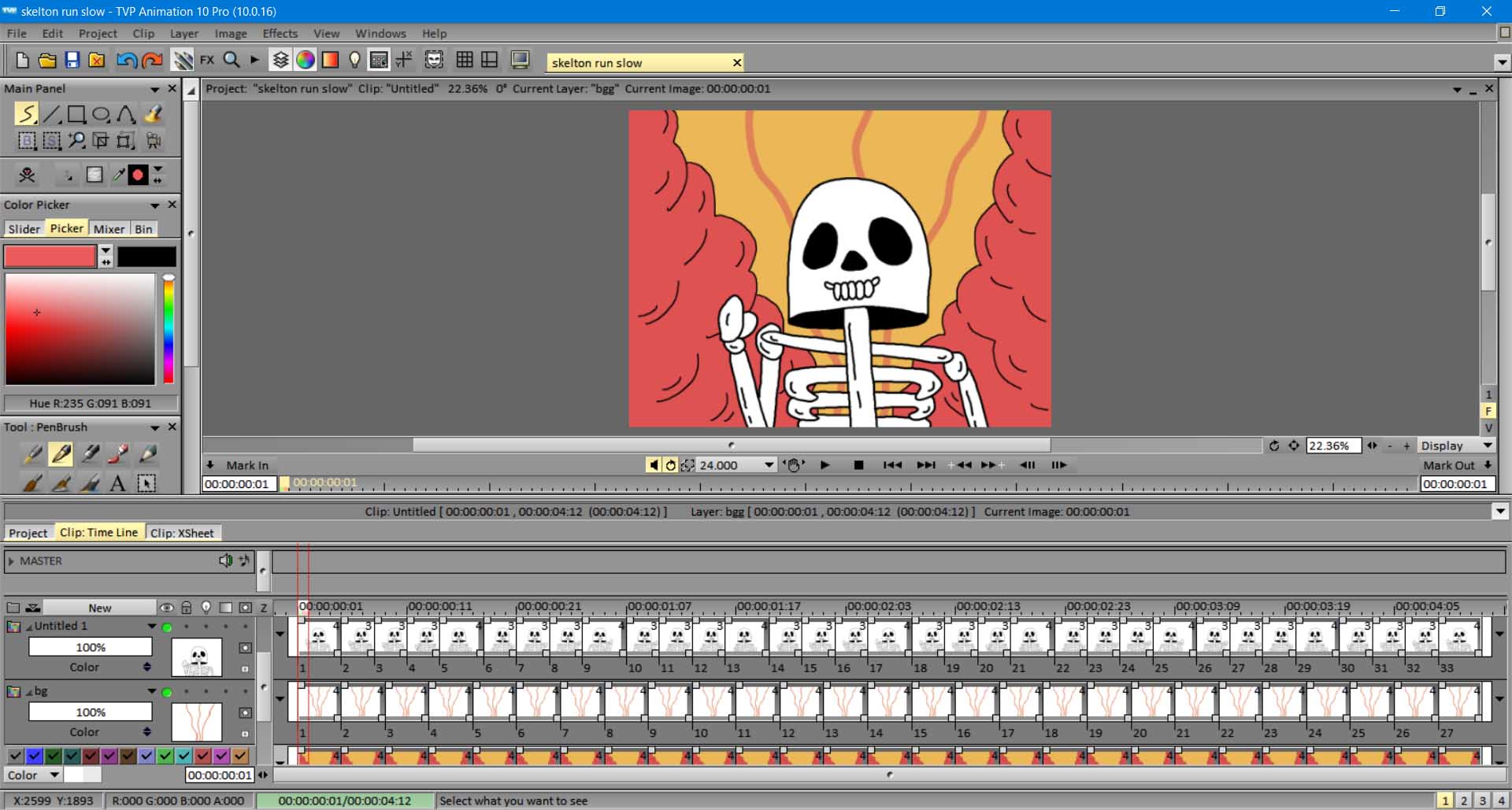 Challenges/Funny Moments: As we were given the complete creative freedom, there were no such challenges but this video was done during the lockdown, both of us were in different locations, so we started the production and finished it without meeting each other, and also between learning to cook, which included failed and weird experiments like Bengan Chana Biryani. And other daily difficulties, as we live in a rural area and it falls under a red zone district.
References to Popular Characters: In the previous shot, the main character drunk asleep below a billboard, so I decided to show him waking him up suddenly by the cat with a hangover. A lot of new shots were decided on the go. So I went for some popular characters (my personal favourite ones), which most of the times come to our mind like a childhood nostalgia or dream, so when he suddenly woke up he was still in those dreams and it took quite some time for him to recover into reality.
Time/Deadline: We finished the video in a month, 2 days before the deadline. We did it in between our regular work, on weekdays, around 6hrs each day. It went smoothly. 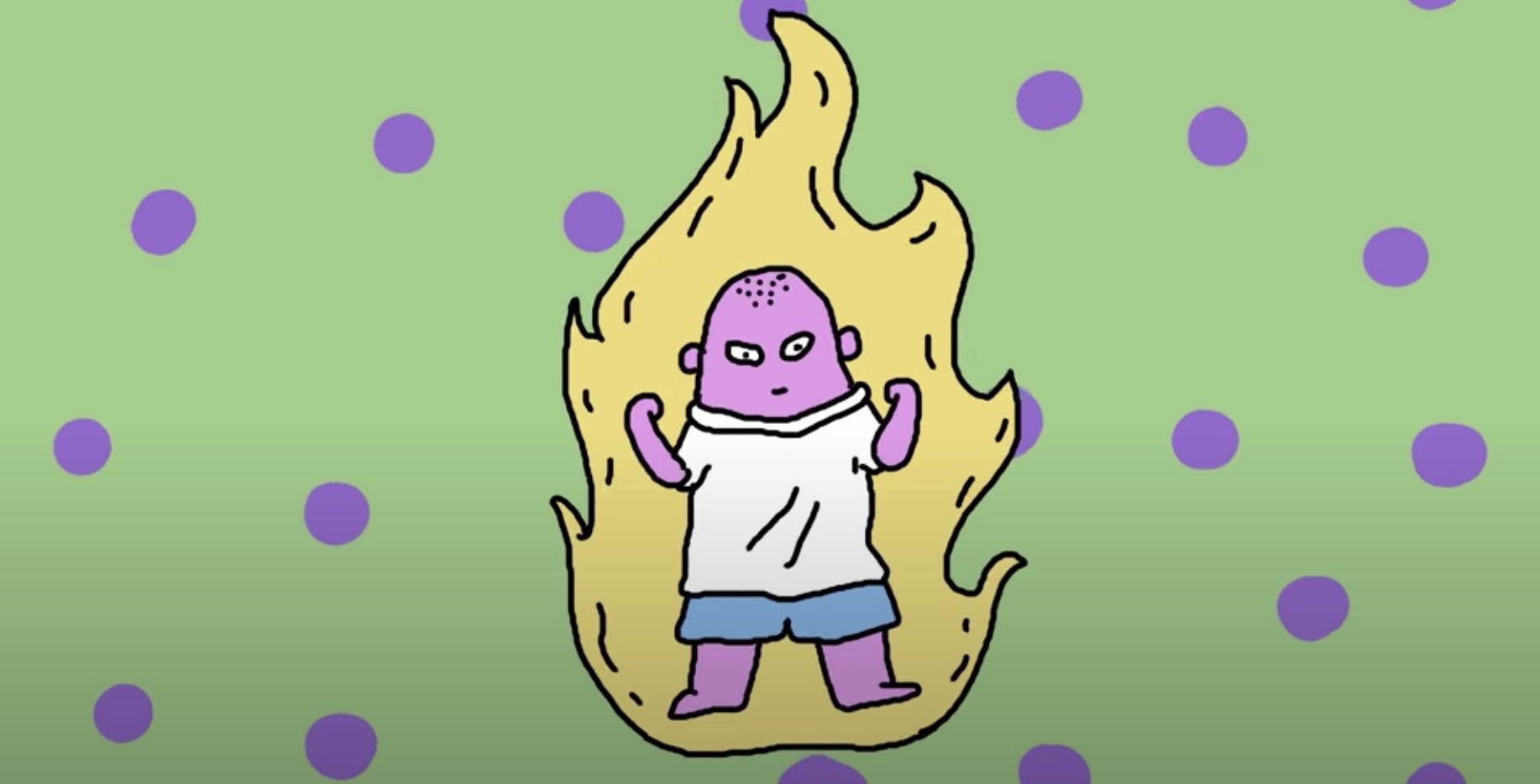 Thoughts on the Indian Music Video Industry: Compared to European/American music videos, I feel the Indian music videos still has a lot of style and ways to explore. Especially in Animation, we have seen since a long time, western music videos has been always exploring animation, and made a lot of good animation content which we still remember watching as kids too. Though in the recent times in India, we have seen new generation of music artists preferring animation for their music videos and through social media, in our close knit artist community, we get to know the makers too and support each other. Which I feel is very positive step not just for the music video industry but also for the animation industry, as both can flourish together in a win-win situation for artists.
Future of Music Videos in Covid Scenario: I feel we’ll see an increase in animation music videos during this covid scenario, as shooting a live action video outside, or with a large crew becomes a safety issue and hard to execute.
Incase you missed the link you can see the music video here: https://youtu.be/h7miyJiroVE
Chetan Toliya (R) and Yathi Kiran (L) holding a sign which reads "no pesticide" in Hindi. 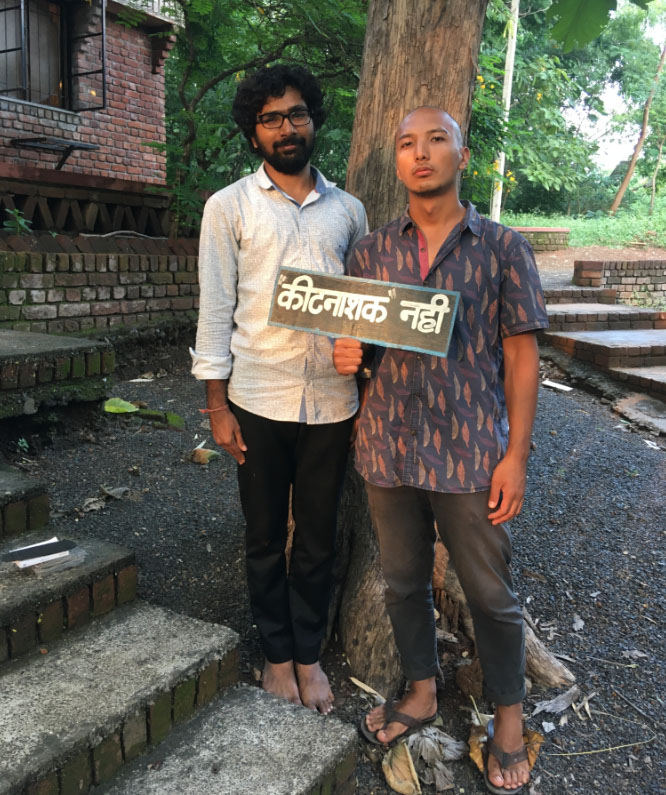