From writers to artists to economists, India has fueled the imagination of many people. This week we got into a conversation with Isabel Herguera, a prolific Filmmaker, an Educator and the Festival Director for Animac (Spain) and her India Connection.

Isabel’s work is a far cry from the typical Disney tales and feels a lot more like art in motion. The narratives are often personal and deeply profound. We were introduced to Isabel’s works and method through the experimental animation workshop at NID (Ahmedabad) in 2005. The animation batch, under her able guidance, breathed life into sand in an animated music video project. It was a remarkable piece! Prior to this we had seen only a few experimental pieces of animation, so this lyrical piece truly caught our imagination.

India as a place is something she has returned to both thematically and literally since her first trip here. We touched base with her in Italy, where she currently resides and asked her to take us through her love affair with the country. How exactly did this tryst with India begin and what pulls her back in each time.

Isabel recalls that she was given a mughal painting postcard by her brother. This visual captivated her. Later, as she went to study art in Dusseldorf, Germany (in 1988), a fellow student and friend introduced her to India. From there blossomed a romantic relationship with India, through its people and its art. However, it was in 2005 that she first set foot in India, at the behest of Sekhar Mukherjee, the Animation Program Coordinator at NID at the time. He invited her over to come and conduct a workshop with the students. In Spite of the language and the cultural differences, she felt instantly at home. There was something deeply profound, which found resonance physically. A feeling of instant comfort.

Creatively, India was a total revelation to me. I let myself be taken in by the flow. I hadn’t drawn in years. I started going to the old city in Ahmedabad and making images, collages, something I did often. This is how my film Ámár was born. It was a travelogue...a discovery of India. 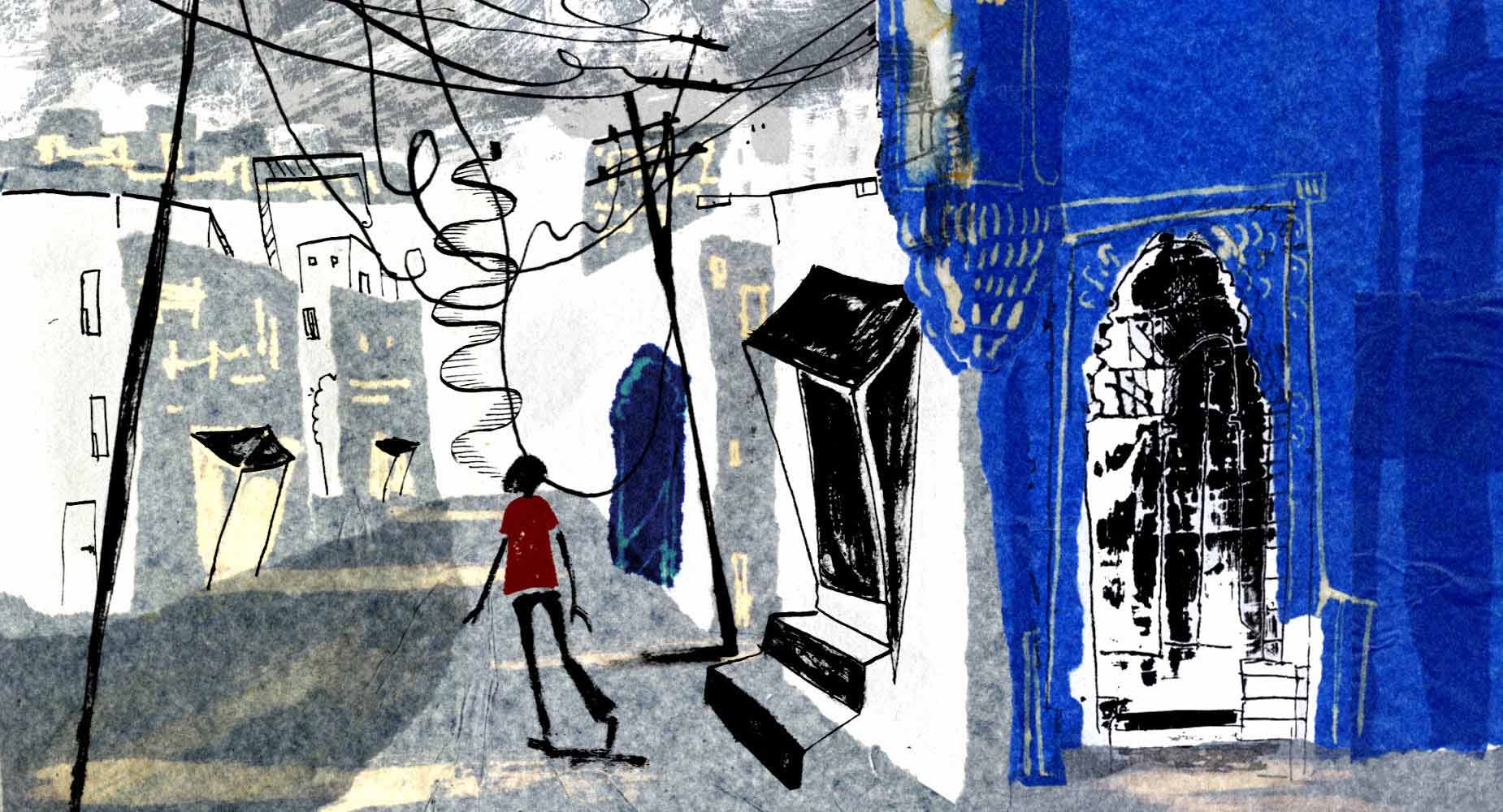 Ámár (2011) explores the narrative of a young woman, Ines, who travels to India to visit her friend Ámár, who has been living in a mental hospital for years. Inés remembers the last days they spent together and their promise to return. It is a story of feelings, of experiences of memories. 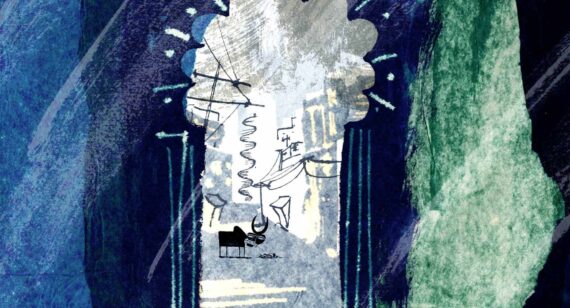 In Isabel’s words “When I came here (to India) I was surrounded by incredible images and life that intrigued my curiosity. A painter has said that “first you see the painting through the little hole and once you break out the little hole the painting reveals itself for you”. Similarly it was for me, first you start seeing something little by little which you don’t know but you can only feel intuitively but as you do it little by little it will establish itself in front of you. This is not only through drawing, travelogues but also through reading. I was thirsty to know and I read a lot of literature and history about India. I found my creative self in the perfect place at the right moment in time. It is difficult to explain but everything fell in place and it all came together for me as a whole.

In Animation, we are used to suffering and sacrificing because it is an extremely time consuming medium. It takes a massive amount of persistence to fight the psychological resistance that we have to keep moving forward and reach the end. In that sense, being in India helped me in overcoming the painful process of animation. The animation process is not a joyful one, not at all. But there were little moments of joy that came together throughout the journey in India.”

Isabel’s films are a beautiful blend of fact and fiction. A lot of them feel like travelogues, odes to places and people. She explains

A part of it is based on lived experiences so that it has the salt of life. At the same time it has lots of elements of fiction, things I felt, saw or somebody told me. It is always a mixture.

Drawing is fairly crucial to Isabel’s process. It is, as she puts it, “her medium”. Usually at the start of an idea she begins by drawing and writing simultaneously. Slowly, as she draws out the story and lets the drawings define the scenes, she goes back to writing. It is a fairly organic process.

Writing, to her, has always felt akin to live action or real life, whereas drawings allow one to explore the poetic nature of life. It is this textural, rhythmic quality that can be seen pulsating through all her work.

Comparing two of her projects Sultana’s Mehendi (2013), a short film developed as a part of an animation workshop at Xplora Design School and Sultana’s Dream, a feature length under production, she admits that for a shorter duration it is easier to exploit the simultaneous process. For a feature however, the luxury of time is absent, so writing ends up being a much more prudent choice. Currently, she is writing the film Sultana’s Dream with her husband, Gianmarco, a professional writer. And admittedly, finds the writing part of the process difficult.

It was difficult to put out the words first while maintaining the freshness of the film, not just transcribing the words into live action.

The short film, Sultana’s Mehendi, is one of many films born off Isabel’s animation workshops. Sekhar’s wife, Sudhanna, introduced her to SEWA (Self Employed Women’s Association), a co-operative based in Ahmedabad. The organisation had previously published a book with photos and texts which described the dreams of some of the women in the co-op. 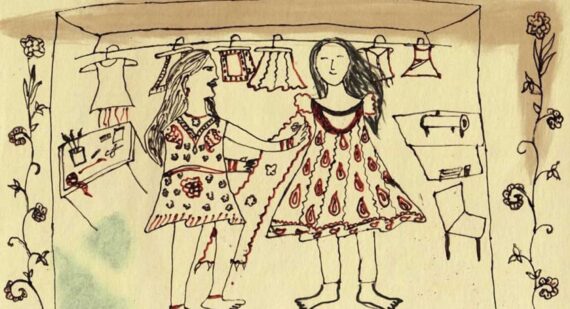 “We put these little pieces together from each of their portraits. Sewa was keen on incorporating animation in their Television broadcast and including their members as a part of it. It was also a year of Chitrakatha so we decided to do a 5 day workshop for the Sewa women and fixed on mehendi as a medium on paper for the Mehendi animation workshop. I tried a lot of different kinds of Mehendi and fixed on a particular kind. My husband was also there for the workshop and we recorded the Voiceover on the first first day and things got done in three days. We have also done a lot of workshops for Mehendi Artists in Kolkata and used these techniques with polyester/synthetic Mehendi, the artificial one - it works really well on paper, for Sultana’s Dream, the feature length film.“

The texts from the book served as the narrative base for the film, while the mehendi artists were given free reign to imagine their own accompanying images. They were given brief training on the art of storyboarding and guided through the process of visualisation. 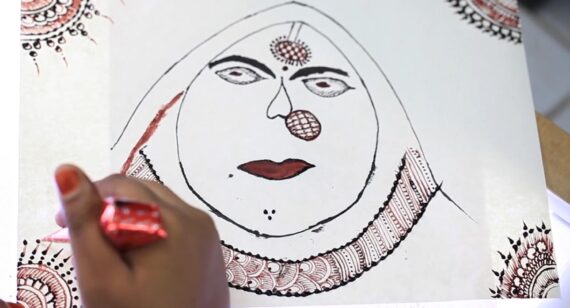 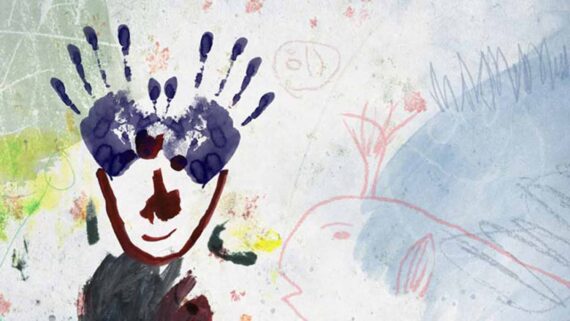 Collaboration lies at the very heart of most of Isabel's Work. There is a beautiful authenticity to the process. The images created through the collaboration are respected and retained and woven into a narrative. It is refreshing to see the unique visuals dictate the animation style and not the other way around. She states

For me, you never know what is going to come up. The rawer it is, the rougher it is, the better. Because later on, in post production, I know I can give it the atmosphere it needs. But that’s all a trick. But sometimes the material is so great that I can never reach the great image of my own. In collaborative projects it’s going to be more honest and much more fun with people.

However, like every coin, collaboration also has its flip side. Working with a diverse and large team can often get tricky. She admits that it can get difficult.

People are very talented but sometimes you are not capable of seeing what the other one is giving and sometimes it’s even better than what you had in your mind. It depends on the animator. Because we don’t work in an industrial setup, so you have to take everybody’s talent. When you work as an independent animator it’s your images, your inputs and everything is just dependent on you. But when you are working with people, the idea is to create a group and make sure that everyone benefits from each other’s talents which is extremely difficult.

Speaking of her current feature, Sultana’s Dream, a science fiction tale written by a Bengali writer, Rokeya Hossain in 1905, she talks about her current collaborators.

I am surrounded by great talent. Right now I am working with Rajiv (Eipe, of Plankton Collective) and Upamanyu (Bhattacharya, Ghost Collective). How can I complain when I am in the hands of such great artists who are better than me, you know! It is great because they can do things which I will never be able to do but it’s not easy. It’s difficult to find a partner who can understand the way you envision things and be in sync. In that sense not getting your vision smaller and smaller but opening it up even bigger. You have to pick up the people you have to work with very carefully and and little by little establish the sync and then start working. 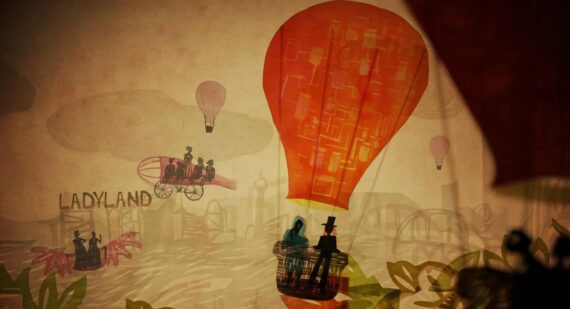 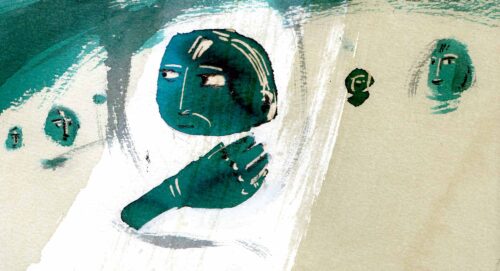 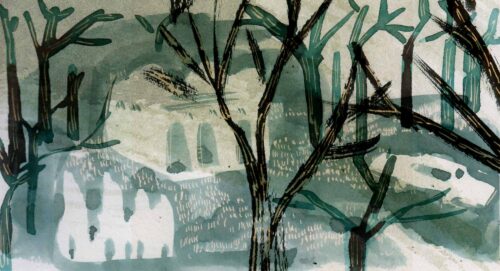 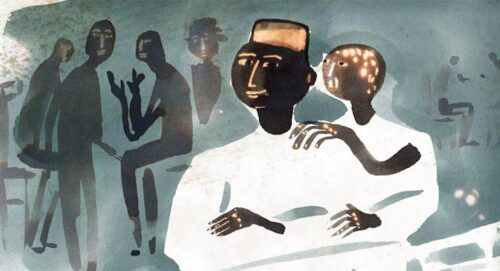 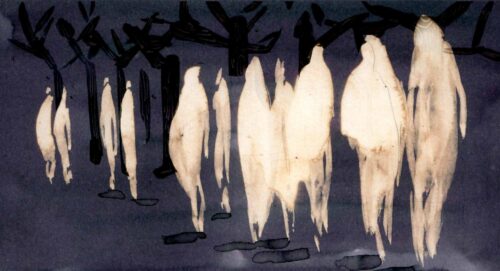 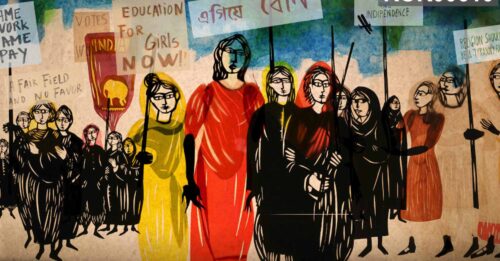 As a Director working on large collaborations it is crucial to understand when to step in and when to step back from the process. “You have to find the right syncing point, a point where both of you are comfortable so they can use their talents and I can accommodate my language through their talents. You can’t force your way on them” says Isabel.

When not immersed in her film projects, Isabel is usually conducting courses or workshops with Animation Schools. Infact, she has a long-standing association with NID, schools in China and at the time of the interview was teaching at a school in Germany. When asked who she preferred, Isabel the director or Isabel the educator, she responded “Since I’m not from an academic setup what I can share is my experience. Which is why I have the urge to keep producing and sharing that. I don’t know much about theory but I know quite a lot about making things and reaching an end point. It works really well with teaching because it gives me an idea about the taste and interests of young people right now and it works really well because I like to stay in my bubble.”

Isabel is currently in the thick of the production process of her ongoing feature, an ambitious project spanning production across 4 countries. We send her and her team the very best of wishes for a successful completion and eagerly await the release of the film. 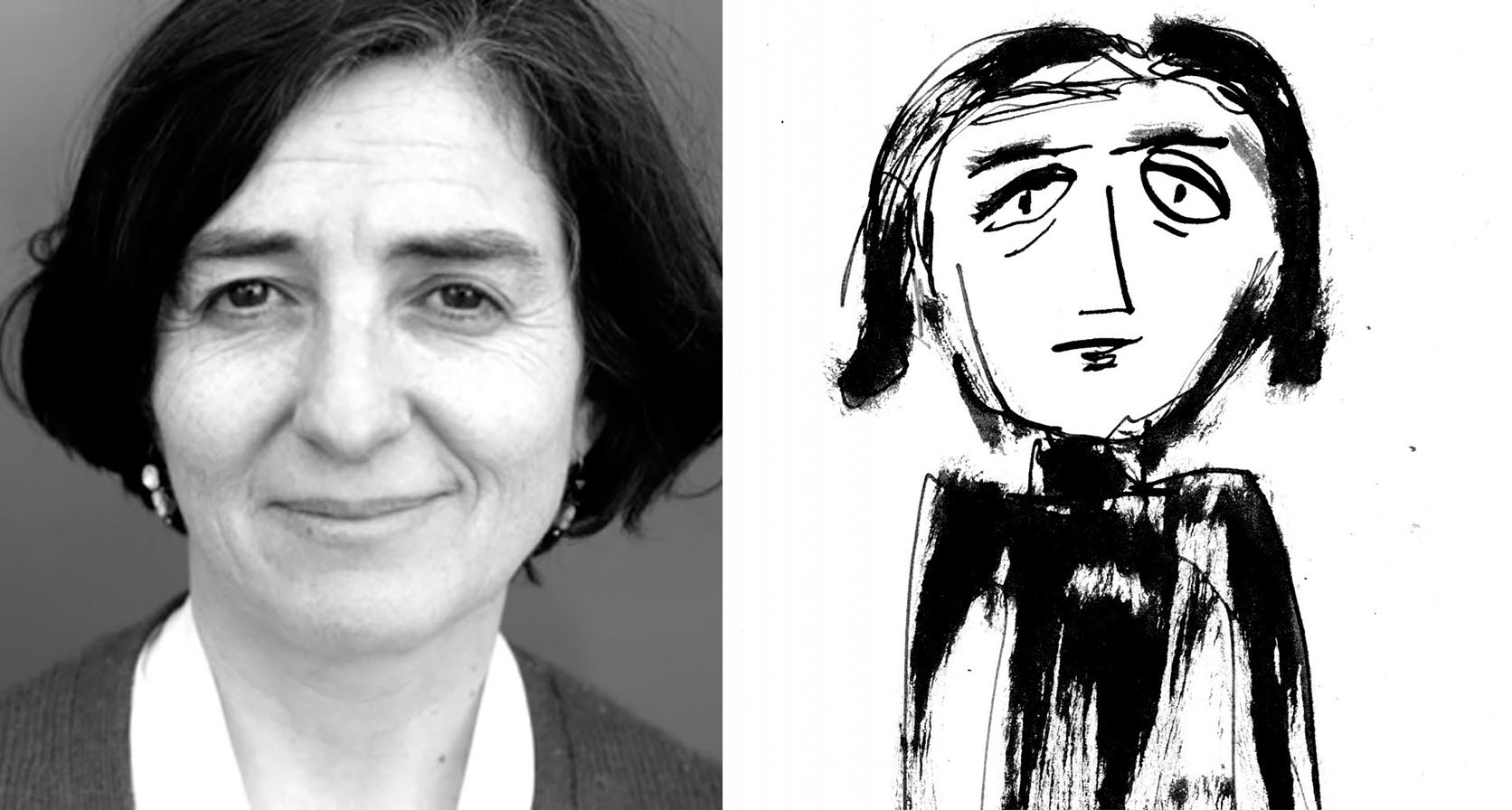 Isabel’s other projects and collaborations can be seen on her vimeo channel
https://vimeo.com/isabelherguera