I had the good fortune to get to know and work with the identical twins Bob & Bobby from Kolkata when their professor, Kaustubh Ray, referred the to me a couple of years ago. I’ve always admired their thoughtful demeanour, creative approach to work and their animation style, and a few collaborations down, I admit I still can’t always tell them apart!

They’ve made a name for themselves in the area of political cartoons and their Instagram handles are a daily treat for your eyes and also your minds (hopefully). But today we are here to mostly discuss the new animated music video that they have created for Vishal Bhardwaj, voiced by Vishal Dadlani - Mask Kho Gaya that I know they were really excited to be working on for these last few months. The track is very catchy and the visuals are a satire on our current situation in true ‘Bob & Bobby style’ . Overall, we really enjoyed the video, the lighthearted and peppy musical notes beautifully complimented by funny visuals that are cloaking some heavier issues. 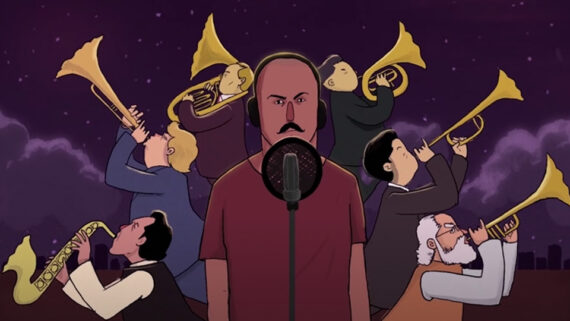 AG: Tell us a bit about yourselves - what's your background, what you do and how you got into the world of animation.
Bob & Bobby: We introduce ourselves this way in our Bios :
“Bob and Bobby (Susruta and Saswata Mukherjee) twin brothers from Kolkata, are filmmakers, animators and illustrators. They love creating art out of things they see and things they don’t. We grew up in Bengal and were introduced to works of Narayan Debnath, Satyajit Ray, Goscinny & Uderzo, Herge and other stalwarts by our mom (Sreya) and elder brother (Satadru) when we were growing up. They are the ones who made us fall in love with stories. We scored poorly in joint and boards exam but passed the entrance test for BMM in St.Xavier’s College, Kolkata. Which is where we met our mentor, Professor Kaustubh Ray, who changed how we look at everything.
AG: You both clearly have a passion for political cartooning. How did that come about?
Bob & Bobby: Political cartooning feels like a necessity to us. More than anything, for us, it’s a medium to channel our hopelessness and disappointments with the current ongoings around us. It’s a medium that we mostly use to vent. And we prefer layering these emotions with humour.
Early on, while we were till working our day job, we created a short film called ‘The Onlookers and Him’. It was a personal project. It was inspired by an incident in our lives and two news items (one was the lynching of a lad called Junaid and the other was a rape case, which was recorded by some one on broad daylight, but nobody came to help). In the end of the film, their eyes and ears pop out, so they were voluntarily blind. But their mouths don't because they never raise their voice against what's happening around. We would animate the film stealth mode from our office.

AG: Coming to the recent music video, what made Vishal and Vishal seek you guys out? Tell us the origin story and what was the initial brief presented to you?
Bob & Bobby: We made an animated short and uploaded it on Instagram called ‘Denyit Man’ It’s about an extremely camera-loving and communal leader whose superpower is that he can deny the gravest of problems and failures of his, even if they are out in the open, and how most of us fall for it.

This animated short film kind of went viral and Vishal Bhardwaj sir saw it. He got in touch through his manager Manpreet (who we are extremely grateful to) and told us he loved our work. A zoom call happened in few days where he appreciated our work (this time it was live and 10 times more dream like) and told us there’s a song he has written (Mask Kho Gaya) that’s in the similar mood. And he would love us to make a music video on that!
AG: Our readers would love to know your entire process - the conceptualisation, how you went about planning the creatives, the look, the feel the ideas.
Bob & Bobby: Vishal Bhardwaj Sir loved the initial concept that we had pitched but we all agreed that it might be too dark for a song like that. So we reworked it and came up with one that would complement the mood of the song. Abhay and Devansh, who were the creative supervisors helped us a lot in this process. We had decided to have slightly pale colour tones for the section of the video where the world leaders are following the commoners, a decaying orange tone (for obvious reasons) for the dystopia with corona gang, a darker blueish tone for the migrants and doctors sequence keeping in mind the coldness they have been subjected to, and a flashy vibrant color palette in the end as the leaders perform on stage to hint at the way a lot of them have been "blowing their own trumpets" while having a very questionable approach to tackle the virus. 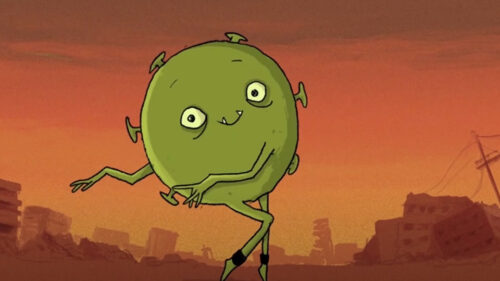 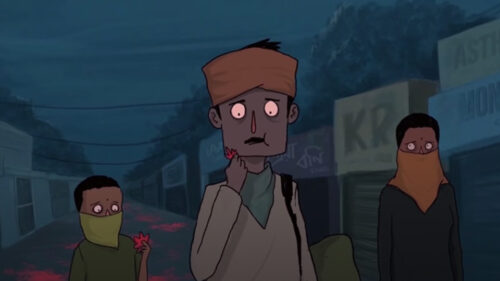 AG: We noticed lots of 'Easter eggs’ in your visuals - tell the readers about a few of your favourite ones.
Bob & Bobby: We inserted a blink-and-miss reference to Breaking Bad a show that has helped us a lot in understanding cinematography and character design. One of the steps in the corona dance sequence was intended to give a feeling of deja vu towards the end of the video. The gang of Corona Virus endorses an energy drink which is being loved by many lately.
There are a lot of other metaphors and Easter eggs which we don't want to spoil right now because it has been a pleasure seeing a lot of people actively engaging and interpreting the subtext. Some of them has got exactly what we had planned to convey. 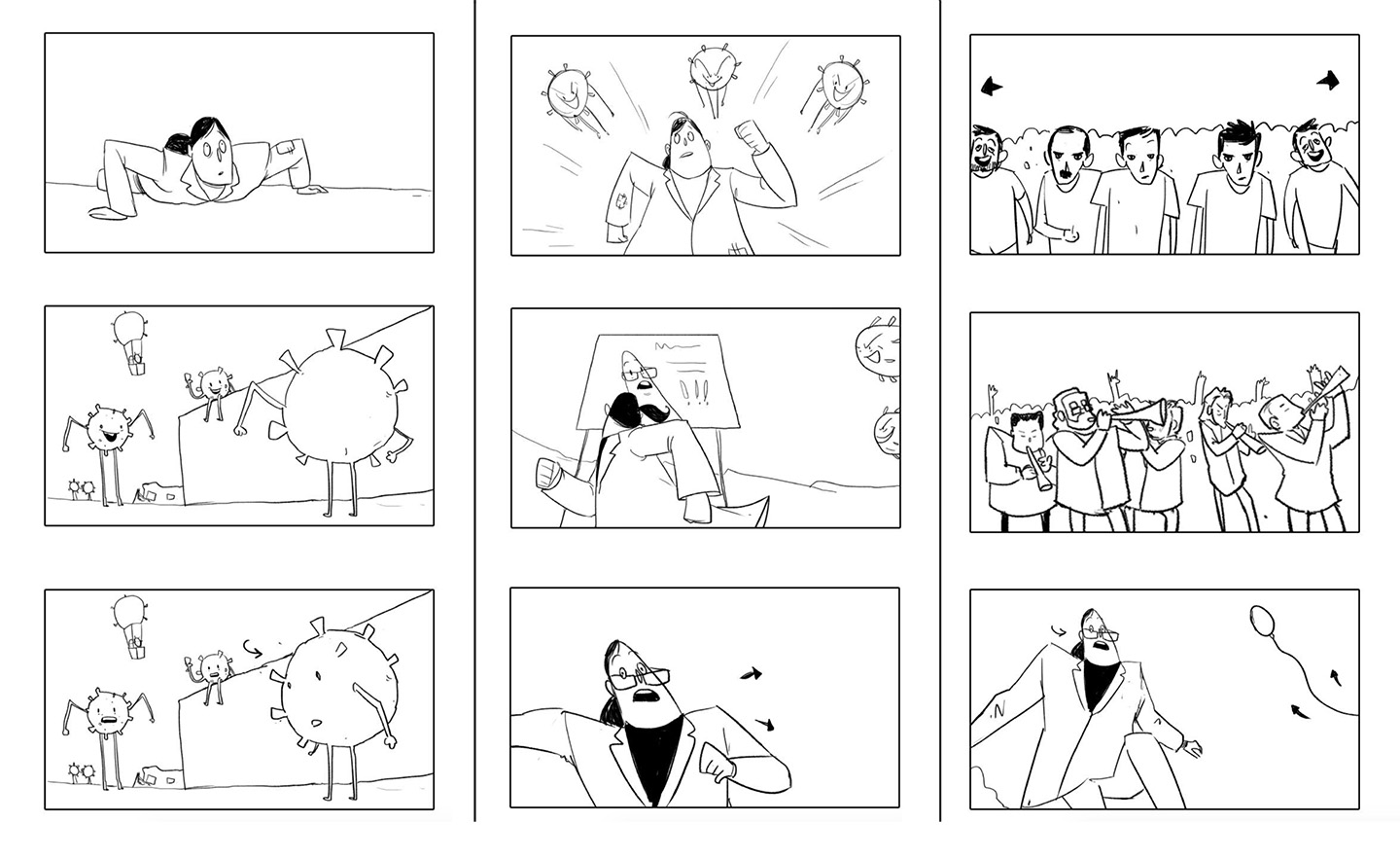 AG: How involved was Vishal Bhardwaj and Vishal Dadlani, the singer, in this whole creative process? Was the track ready from Day 1 or also getting built? We also noticed that the visuals were pretty current - with the vaccine being around the corner, and Biden-Harris ending the show... how did you manage to keep the visuals so current?
Bob & Bobby: The track was ready from day 1. Actually, it was ready even before he got in touch. Vishal Bhardwaj was the one we were having meetings with. He gave us full creative freedom, he would get on calls sometimes just to appreciate the drafts we were sending and that felt like awards. We don’t remember any major change he suggested except a few very minor feedbacks, and we were thrilled to get his perspectives when he did that. We also kept editing in some of the visuals to be more current for the release. 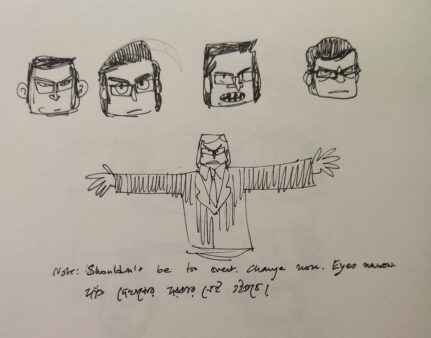 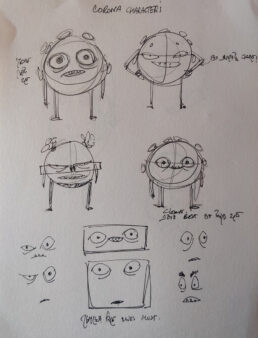 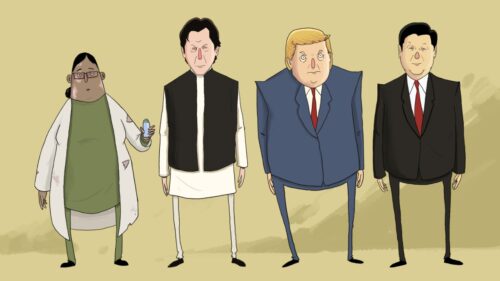 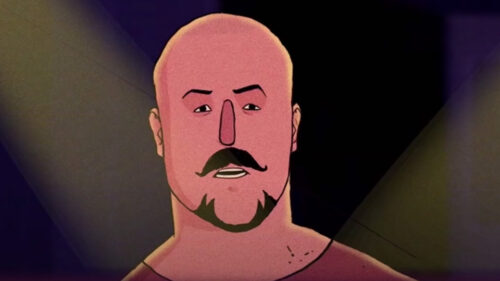 AG: What were some of the challenges faced during the creation of this video?
How did the pandemic affect you?
Bob & Bobby: Dealing with lower back pain was one of the challenges. Also, bad news pouring in every other day made it hard to find humour to layer our statement with.
AG: What’s next? Any future projects we should look forward to?
Bob & Bobby: Thanks to our elder brother, we have been Shah Rukh Khan fans from a very young age and we want to write and direct a Shah Rukh Khan film someday. And since - after reaching the age when we could read films better, his films have only disappointed us (although we have watched all of them first day first show) we dream to make his “comeback film” someday. We completed writing our live action feature length screenplay last year, and we want to pitch it after we write the next draft. We also want to assist someone to have a firsthand experience of a feature film production.
Animation, illustration and political cartoons will go on parallel because these are our necessities. We completed the music video only a few days back and currently on a short break to work on our personal projects (although this music video feels extremely personal too).
AG: What are your thoughts on the current Indian Animation scene?
Bob & Bobby: Indian Animation scene is changing. One of our very dear friends, Debjyoti Saha, has already dropped two brilliant animated music videos this year, brilliant in terms of both visuals and concept. Our friends from college, Triparna, Suchana and Nilanjan - three of the many hard working artists, are also doing some fascinating work in the field of animation.

It’s up to the people if they want to perceive animation as an important medium to tell stories and hold a mirror to society or stick to just calling it ‘cartoon / meme’. But after going through the reactions to the animated videos lately, that are coming out from India, we must also acknowledge that a significant section of the audience is now perceiving this medium powerful enough to shake one’s conscience.

AG: Last but not the least, what's special about being identical twins?
Bob: It’s fun being twins. We ourselves are fascinated when we spot identical twins. It’s fun to confuse people and we always have tried to do that whenever we got a chance. Bobby once had sung in our college fest and we exchanged clothes after that, and people came and congratulated me. Our Instagram handles are also named that way. Since I look like Bobby my insta-handle is @almost_bobby and Bobby’s is @bob_almost. People end up calling me Bobby and Bobby by my name. What’s also kind of special is we don’t fight, which even people who are twins can’t believe. We have been inseparable since childhood, all three of us in fact. We two even quit our jobs together on the same day to pursue our dreams. 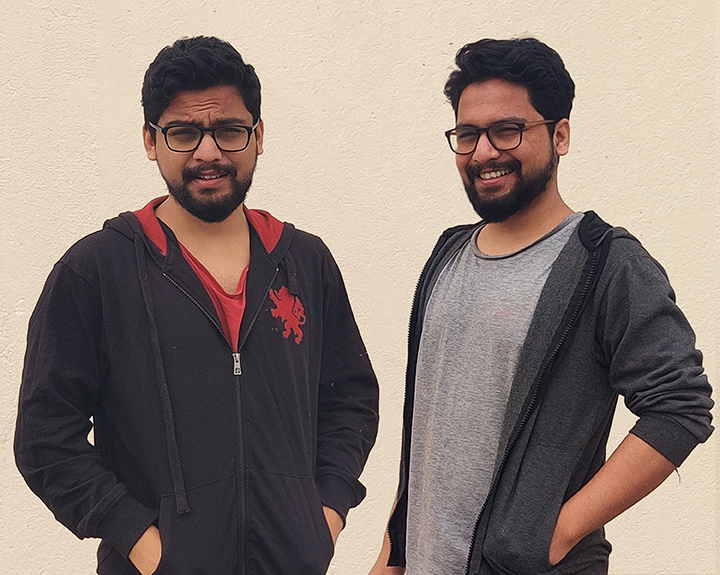