Kaushani Majumder is a recent graduate from MIT institute of Design, Pune. She has just released her short film ‘Sadaiv Tumhara, Bansho’ (Forever Yours, Bansho). It’s a beautifully animated visual treat, which after having done its festival run for the last few months, is being widely received with admiration and praise for its visual style and soulful story.

The film is set in the peaceful hamlet of Dzuluk, where a man is about to return to his wife of thirty four years in a marriage they have sustained mostly through letters. 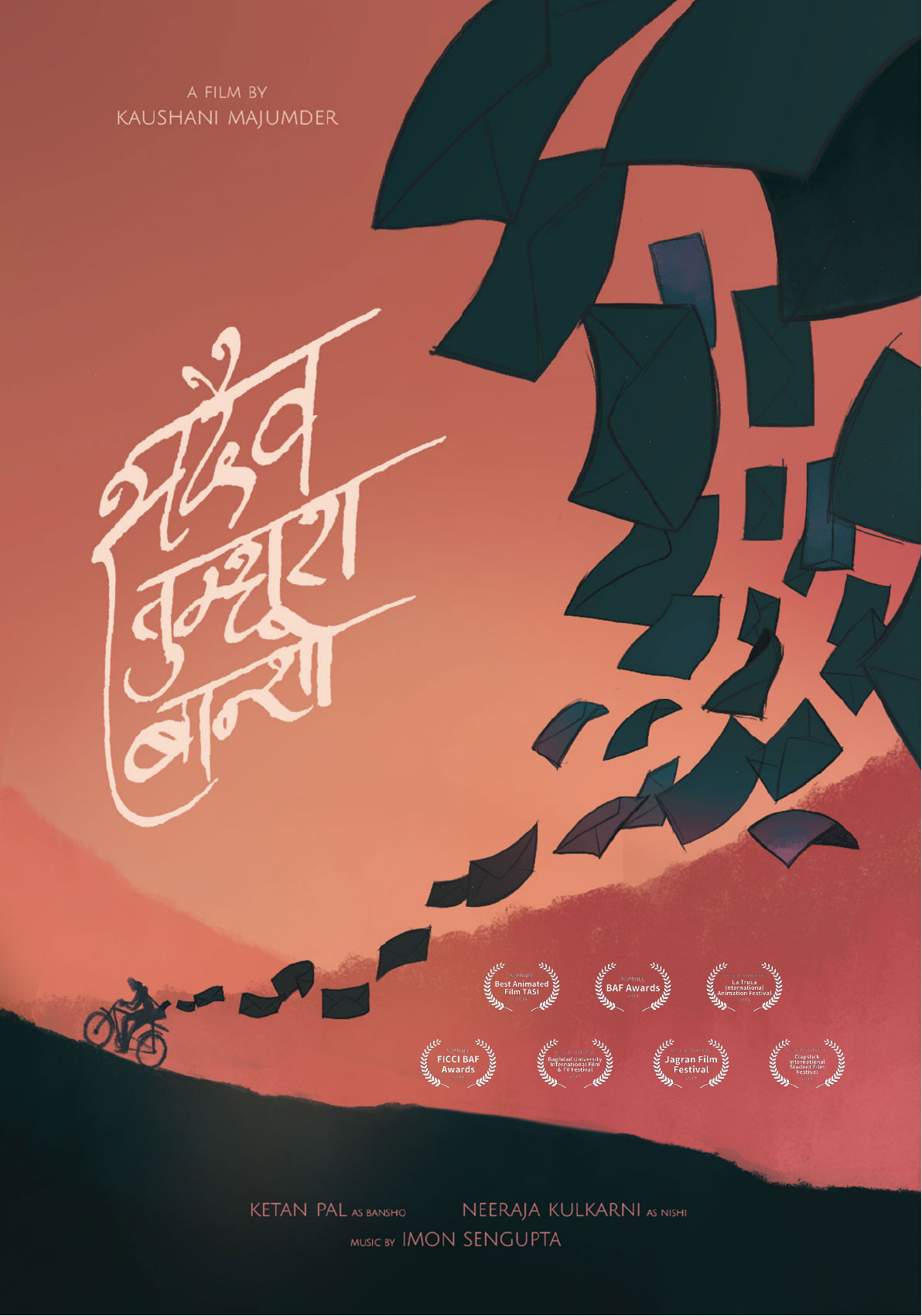 Film video link: https://vimeo.com/309633854
On her behance page, Kaushani describes herself as a design learner and a storyteller, a teal monster trapped within an animator (which is fully evident in her portfolio filled with teal coloured illustrations) and ‘fully conversant in goon’. We had a quick chat with her over whatsapp, below are the responses: 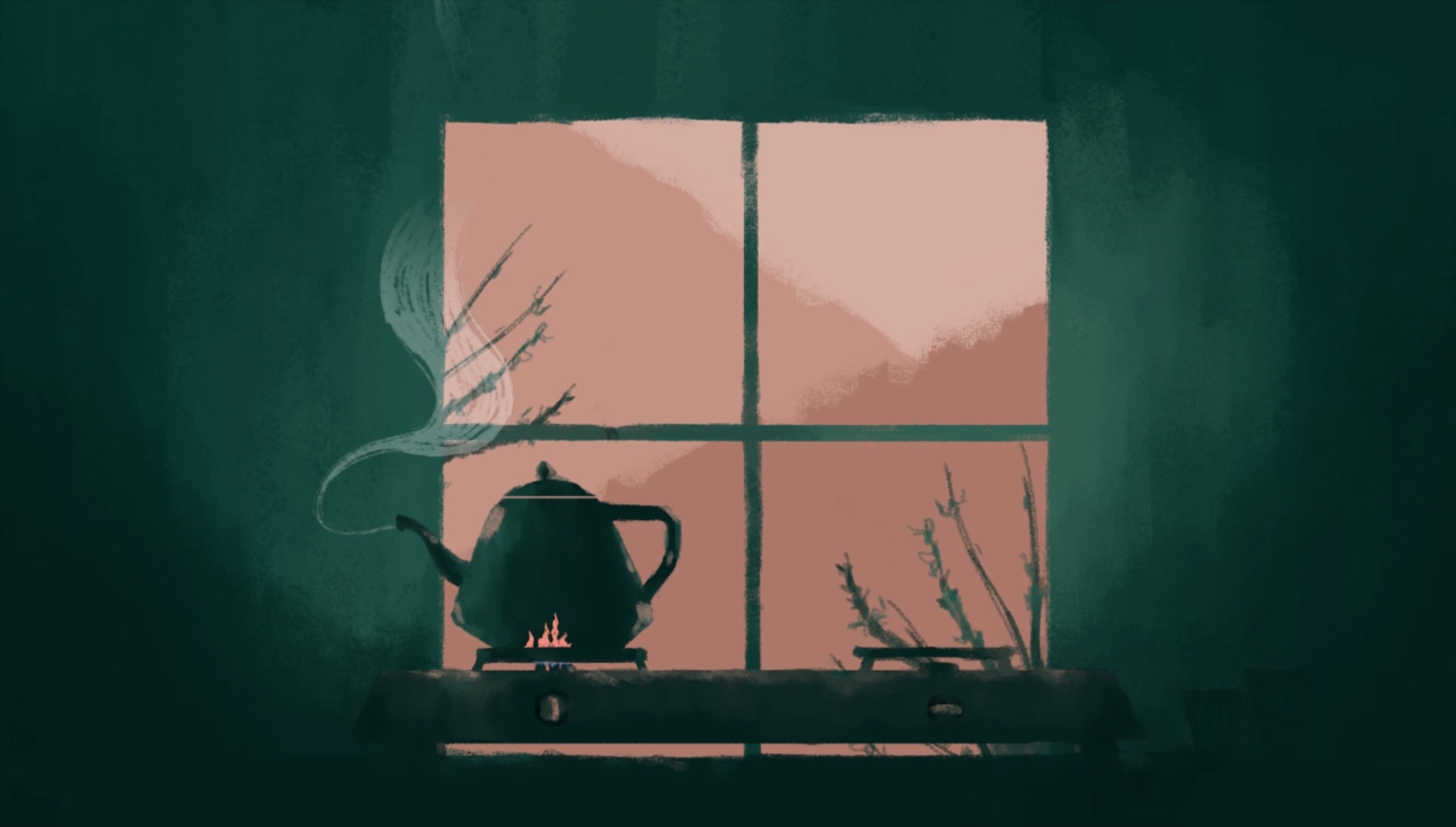 Can you tell us a little bit about yourself? Your creative journey so far and what do you like doing professionally?
Growing up in Calcutta exposed me to all kinds of creative practices. Drawing was the one that stuck with me. I started creating characters and worlds and what not throughout school, and this love for creating is what took me to the field of design. College was a burst of experience. I got to connect with tons of like-minded people, and for the first time I was doing what I wanted. Currently, I am working with a startup, and helping them to set up their brand story through illustration and animated films.
How did you conceive the concept for your short film? What was your inspiration?
The idea of the film was born from an innate desire to understand the essence of human relationships. Mountains have always been my favourite places to travel to; they have a certain aura to them. And the people! Maybe it is the hard-working and community driven spirit living in the mountains demand. An immediate inspiration was a trip to Sikkim that I took right before starting the film. The real life hamlet of Dzuluk was this picturesque place stuffed right up in the clouds, and I had to have to make it the setting! 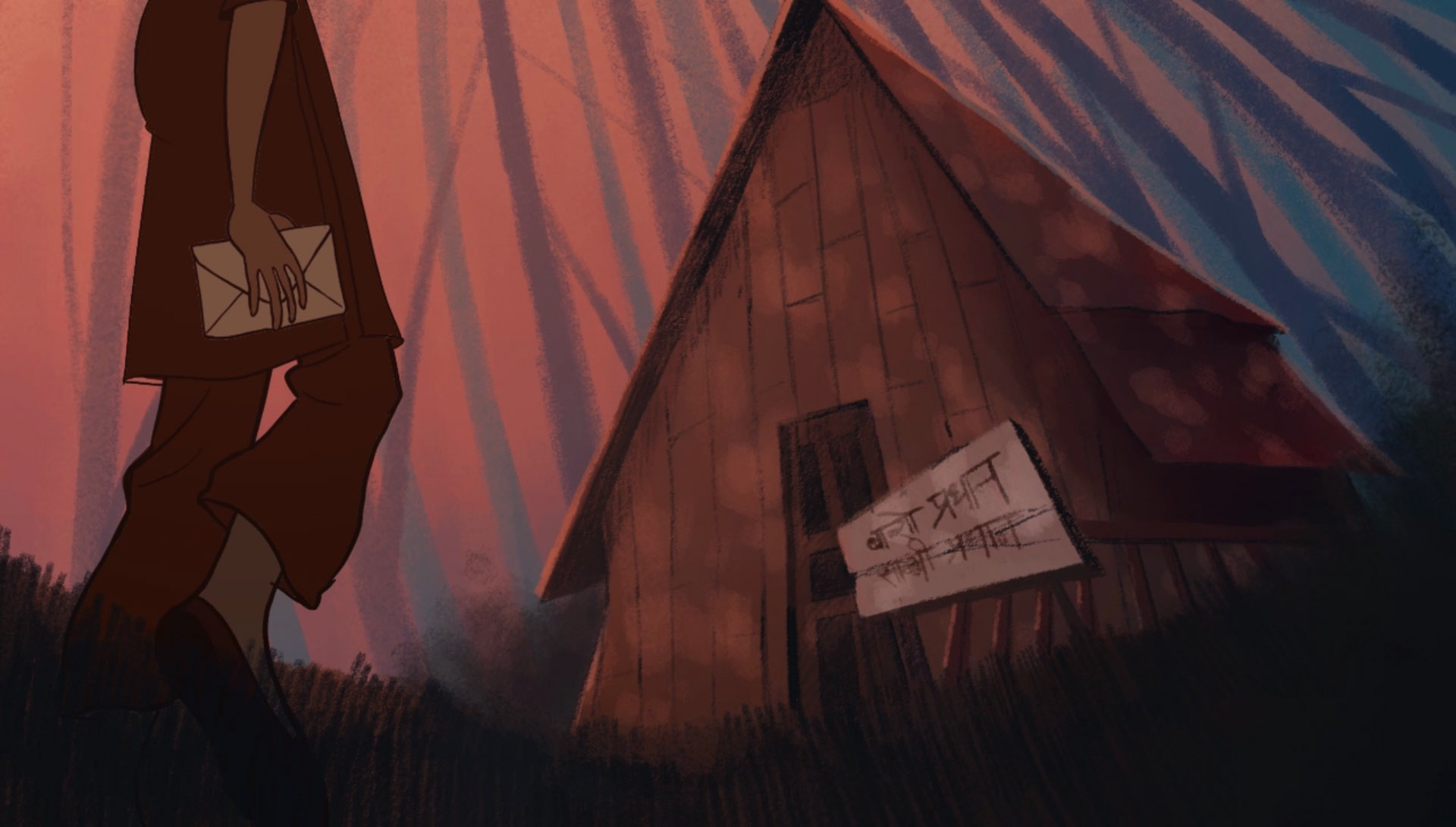 Can you describe your process for creating the animation? Which software/tools did you use? Any particular challenges that you faced?
I followed a fairly traditional framework for the production of the film: Script, storyboards and animatic. One of the things I did first was starting the visualization process with thumbnails of coloured patches and forms. I called this a pattern + texture key. If there was anything I was sure about in the beginning of the production, it was that the film had to be visually very strong. Mountains are by nature, visually gorgeous, and on top of that, I wanted to portray emotions through a riot of well-chosen colours. How I went about this was by first dividing the storyline into three mood-driven acts. Assigning each act a mood and attributes subsequently helped me figure out forms and colours, i.e. jagged and sharp forms with colliding colours for a scene with emotional tension, gloomy coloured emptier frames for a more dismal scene and so on. (Image 1 for reference). Making these keys early on really helped me in setting the tone and pace for the film.
I have always been fascinated by 2D animation, and so I chose that as the medium for the film. Another reason I chose this was because the whole film was about raw yet subtle emotions (or at least I set out to portray it as) and 2D presents a very personal and undisguised look.
How would you describe the experience of working on your film?
The thing which hit me hardest while making this film was the need for perseverance. Spanning over eight months, this was by far the longest project I had ever worked on. The motivation to finish the project seemed to wane off as the days passed, but of course, in the end, it was the greatest joy to finish it. The journey throughout production was anything but smooth. There were times when I would completely doubt the credibility of the film, but on the whole, this film taught me more than I had learnt in the four years I spent at college combined. And after finishing the film, I think the first thing I wanted to do was make another one! 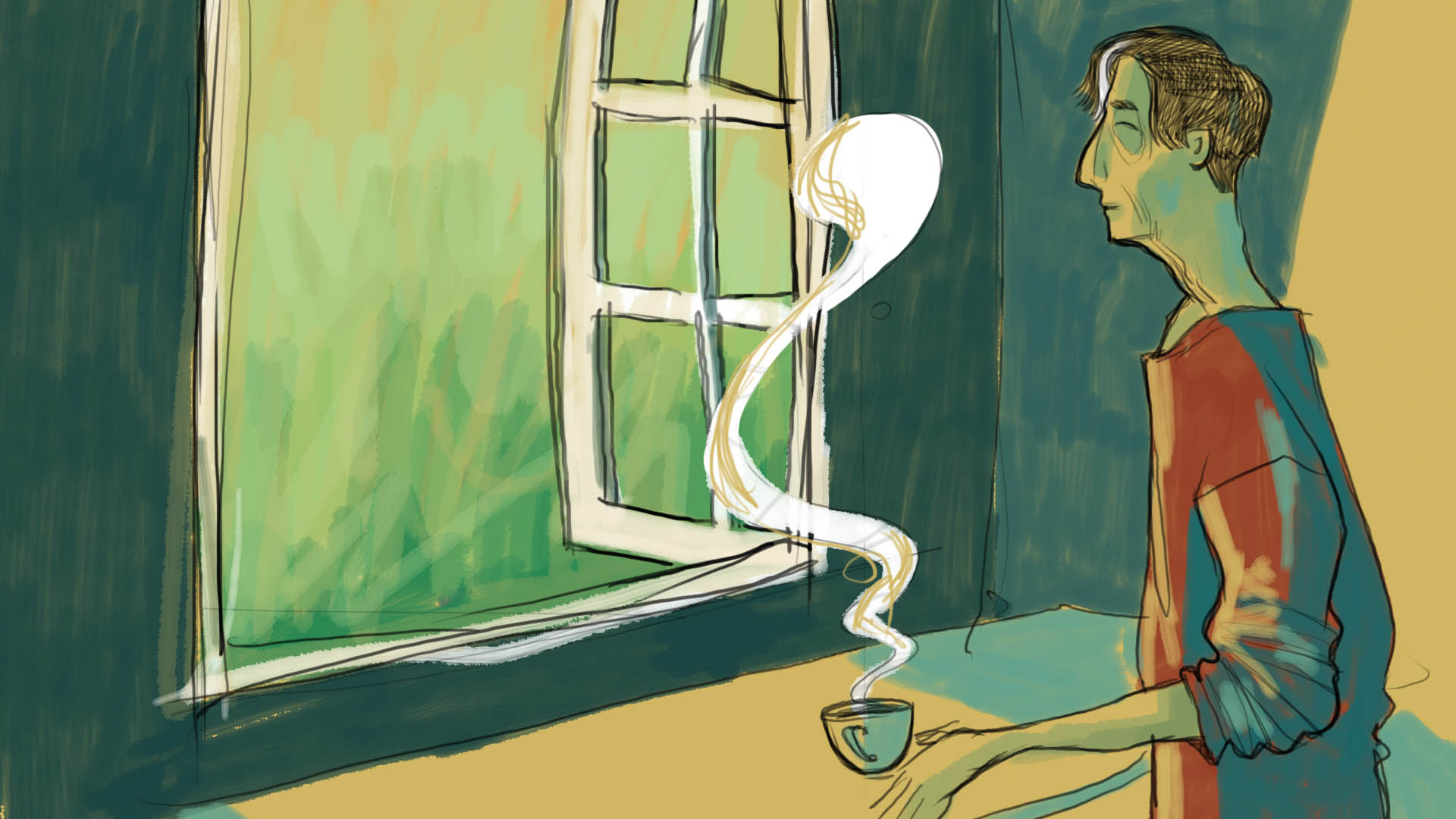 Early concept sketch
How was the response that you received for your film?
The submission process to festivals was a little disappointing. Only a small percentage accepted the film as an official selection. More than that, the response of people viewing the film was far more satisfactory. The thought behind the film was really appreciated. Of course, the first time I saw my film screened on a big screen was special!
Do you have any current or upcoming projects that you wish to talk about?
The most pressing problem right now in the world, is climate change. And in fact, it is wrong to even call it climate change anymore. Changing weather patterns, unprecedented floods, alarmingly rising temperatures - it is climate collapse now. And it becomes very important to start a dialogue and, in turn, catalyst actionable change from there, for any hopes of securing the future of the planet we live in. This change can be triggered at the intersection of family and community. So, with a few friends, I am working on a venture to instigate this, and our first project is a film on air pollution and how it is in our hands to curb it. Subsequently we will take up different issues and push out people sized solutions for planet sized problems.
What are some of your favorite animated movies/short films? And artists that inspire you?
Ghibli films are the greatest inspiration for me, visually. Michael Dudok de Wit's films also have a special place in my heart. And an all-time favourite are the King Fu Panda films!
A big inspiration for me is also the works of Tonko House. Dice Tsutsumi, in specific. I absolutely love his colours and textures.
What would be your piece of advice to a new short film enthusiast? Or for a team setting out to make short films?
I've been in the industry for only about 6 months and one thing that I've learnt to be most useful both from this film and from client projects is to follow the process. You can build your own process but it's very important to have one. It acts like an anchor when you get lost along the way (especially working through longer projects). 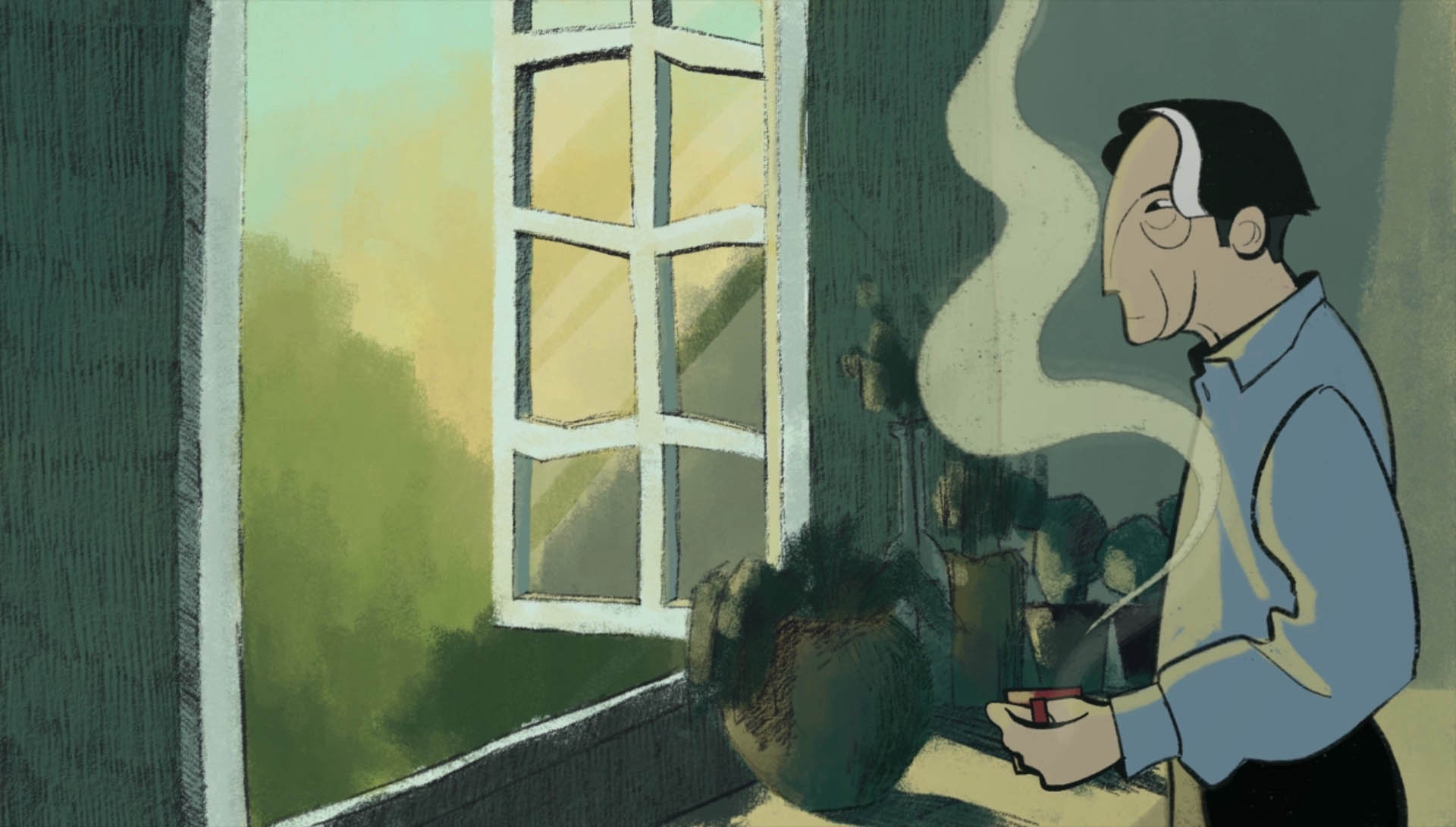 We wish Kaushani the very best for her future and hope we hear from her again.
You can reach her at:
kaushani.maj@gmail.com
Behance
Linkedin