If you have been frequenting your news feeds, then you’re probably no stranger to Dibang Valley, Arunachal, which has found itself in the throngs of a debate concerning the latest development project. The project in question is the construction of the ambitious 278 metres tall Dibang Dam on its namesake river, one of the largest tributaries of the Brahmaputra. When completed, the dam has the potential to yield 2880 megawatts, and will be India’s largest hydropower venture and possibly the world’s tallest concrete gravity dam.

While the Cabinet Committee of Economic Affairs (CCEA) has given it the nod of approval, this projected move has met with extreme disapproval from several circles in Arunachal and neighbouring Assam, not to mention, Conservationists and Environmentalists all over India. And with good reason, as this is a potential threat to one of the most biodiverse Himalayan zones in Arunachal Pradesh’s Dibang Valley. Considered a Global Biodiversity Hotspot, it houses a wide variety of flora and fauna, including 6 globally threatened mammals and four critically endangered birds. From Blyth’s tragopan to clouded leopards to indigenous communities: these tropical mountains are lush with life. They are home to the Idu Mishmis, a sub-tribe of the Mishmi people. It is one of the major tribes of the district, inhabiting the Lower and Upper Dibang Valley districts (Tibet & Arunachal) and the Lohit region In Arunachal.

The construction of the dam would result in the displacement of a large part of the tribe with the added loss of land in community use, roughly 2.7 lakh trees (to clear the land for the project) and submergence of rice fields.*

Consider it Serendipity, as it was while clicking through a post about signing a petition against this colossal loss, that we found an endearing animated short about one of the lores of the Idu Mishmi made by Young Designer, Kshipra Dhavle. Kshipra is a recent graduate from the National Institute of Design (NID), Ahmedabad and already her Graduation film titled AMEPÃ has begun the festival rounds.

Set amidst a picturesque village in Northeast India, the film AMEPÃ is about a child's inquisitiveness towards an animal.

The film takes inspiration from community based conservation practices. The Idu Mishmi tribe from Northeast India protects vulnerable species of Hoolock gibbons through deep rooted folk beliefs and narratives. The film aims to spark a conversation about human's relationship with animals. 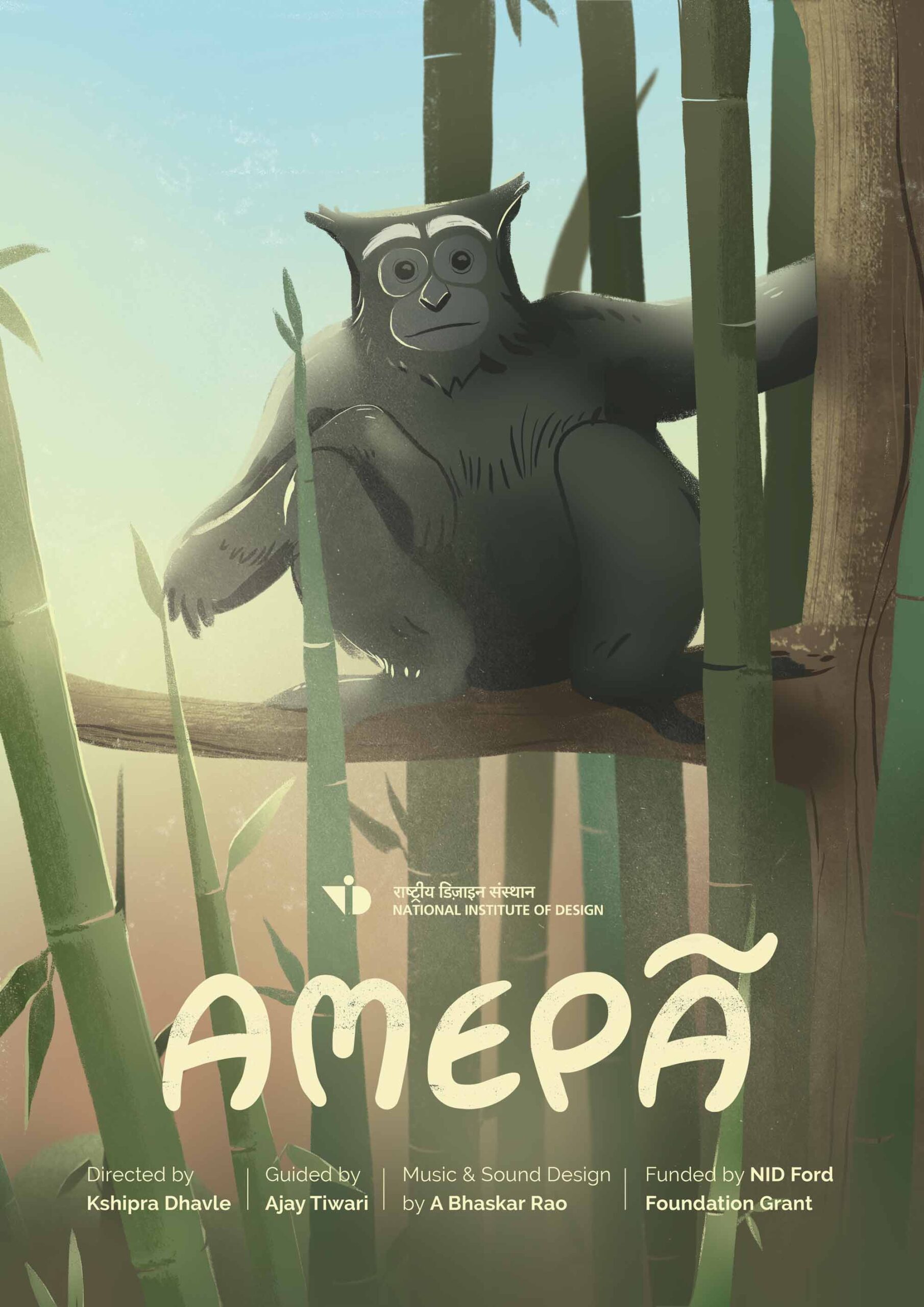 Starting a student project can be a daunting task. Fixing and committing to that one idea, that will take over your entire being for the immediate future, has been a stumbling block for many. Because once the euphoria of the Eureka moment wears off, then its several nights of ploughing ahead sitting zombie-eyed at your work-desk.
We asked Kshipra how she came to settle on this particular story. She narrates that at the start of her graduation semester in 2018, she was at a loss, having no clue of what she would embark on and how. During this time she was in touch with Maitryee Mujumdar, Coordinator for Sanctuary Nature Foundation’s Mud on Boots Program, who also happens to be her childhood friend. It was through her that she learned about the Hoolok Gibbons and the Idu Mishmi tribe and their deep rooted relationship with each other. 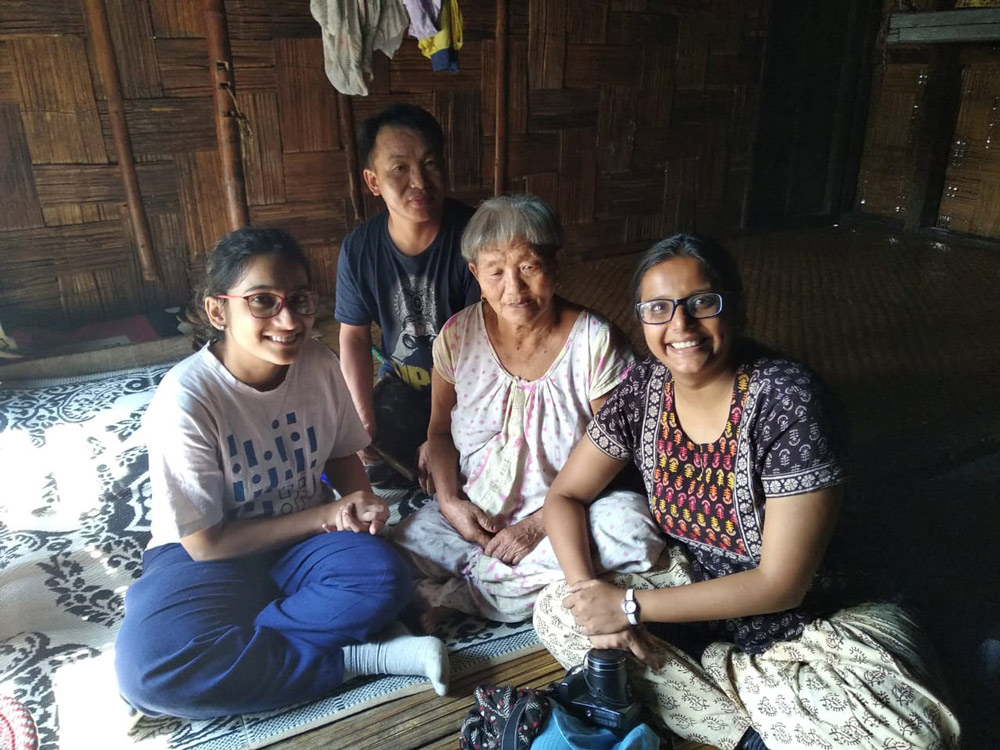 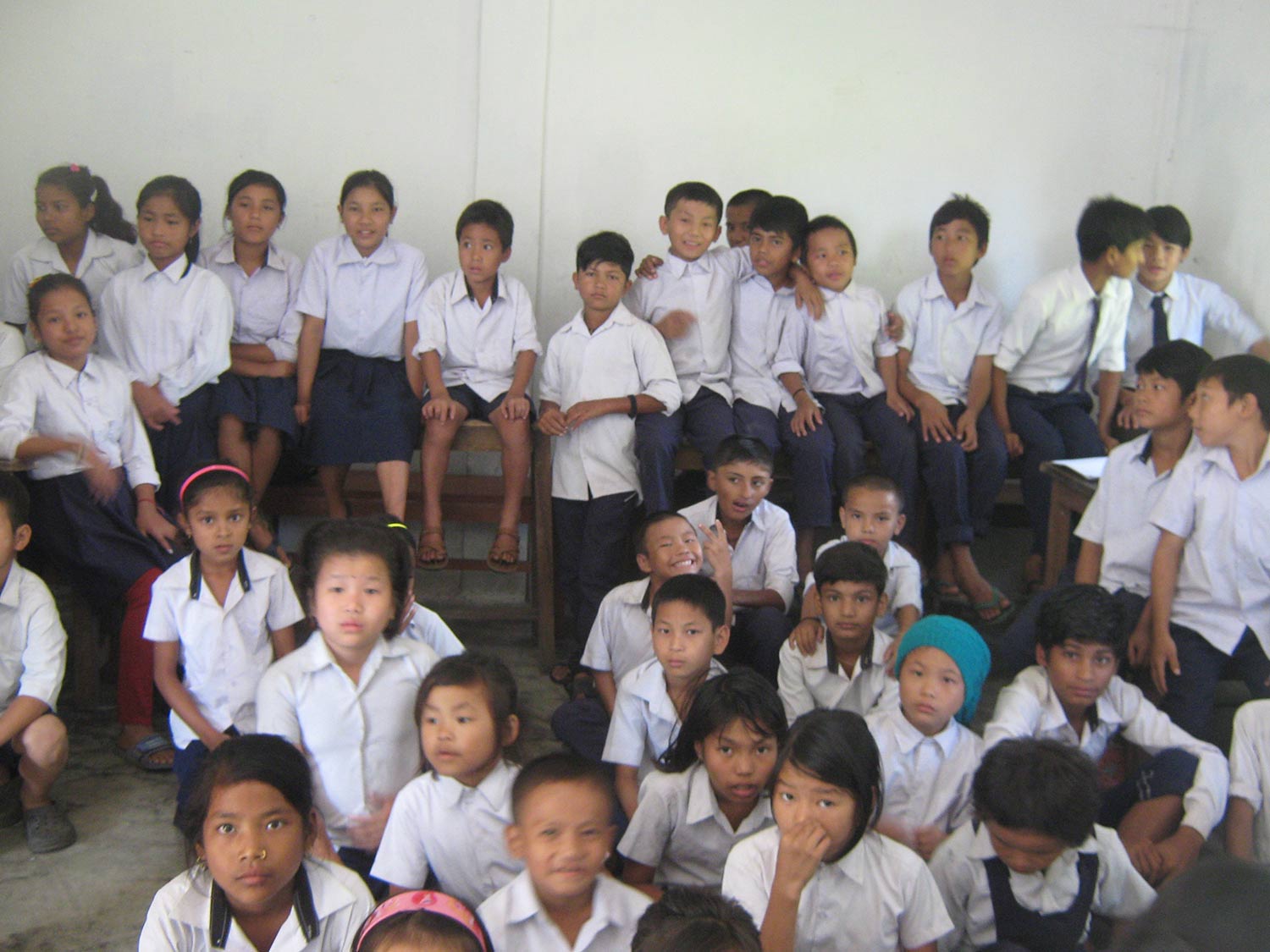 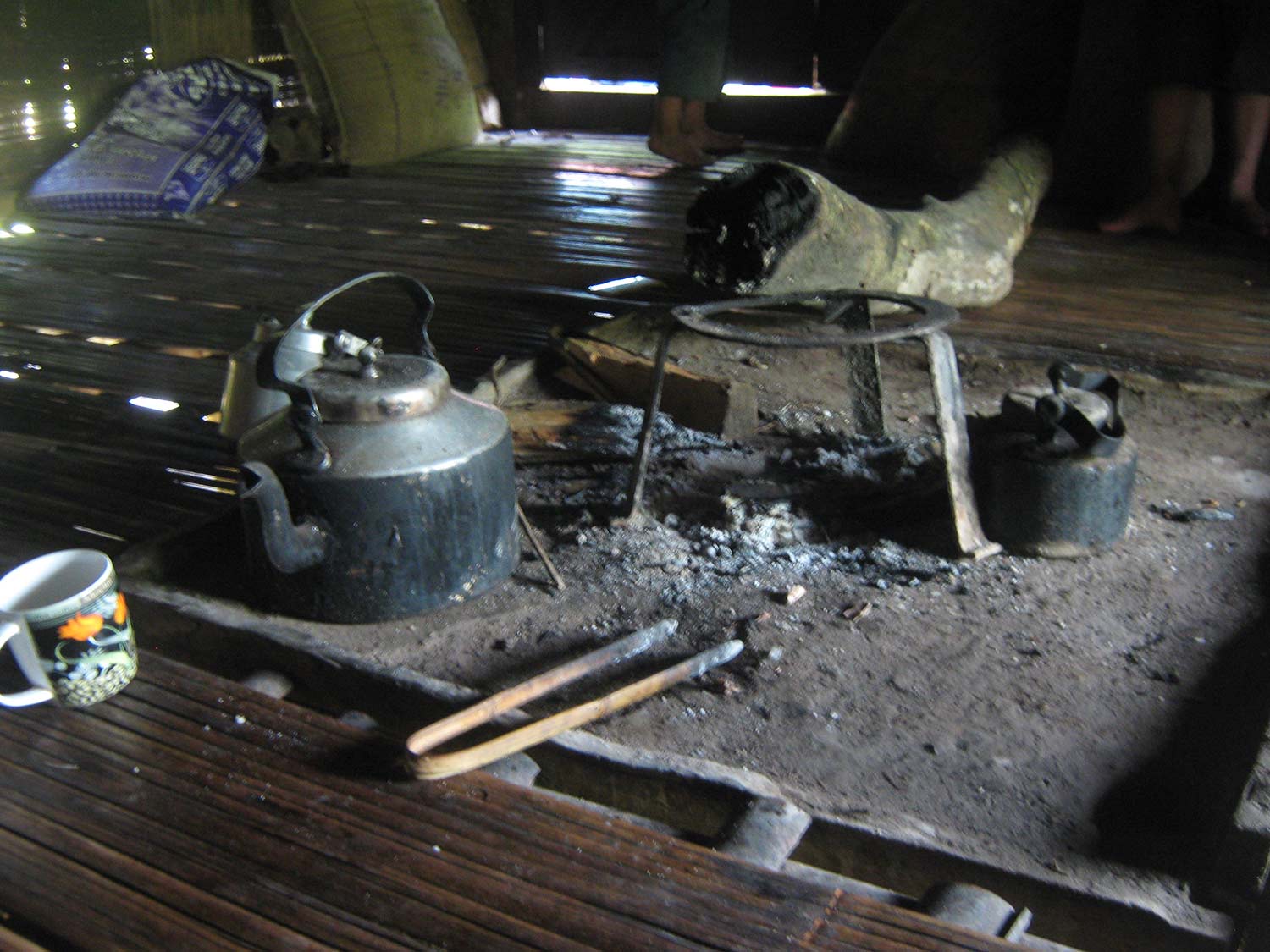 Inside an Idu Mishmi Home
She was immediately intrigued by the idea of a folk narrative aiding the conservation of an animal species. Nudged by Maitrayee, Kshipra worked her way through several research papers (by Ambika Aiyadurai, Sarit K.) and luckily found a book titled “The Idu Mishmis” by Tapan Kumar Baruah right under her nose in the NID library. Armed with some basic research and a grant from NID Ford Foundation, she confidently strode ahead.
Much of what she learned about the tribe came from the readings and her field visit to Lohit, Arunachal. The Idu Mishmis are believed to have descended from Tibet. They can be recognised by their distinctive hairstyles, and most elders of the community still wear their hair in this fashion. They are expert craftsmen - the women are good weavers while the men make beautiful basketry from cane and bamboo. 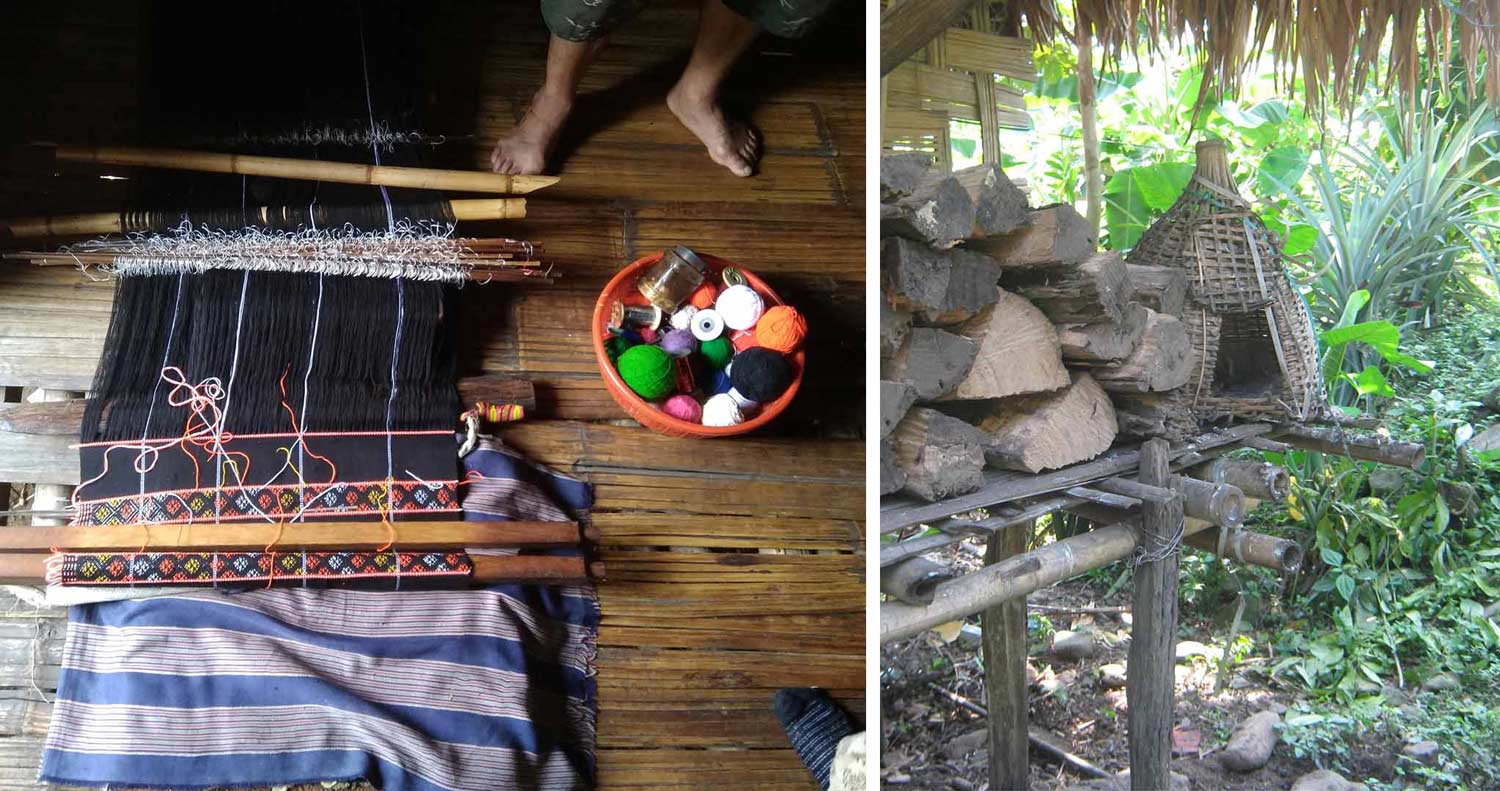 Their beliefs are intrinsically tied to nature and natural phenomenon. They explain every natural happening as caused by a spirit. In this process of understanding and adjusting with nature, they have defined certain faiths and beliefs that have become their religion.
During her field trip Kshipra was helped by Anoko Mega, a young filmmaker and a grass-root conservationist - and together they met several natives, school children, activists and professor. One such professor, Dr Rajiv Miso, helped her unpack the Mishmi culture. The faiths and beliefs defined by the community are a part of respectful fear. They believe challenging nature means asking for trouble. As a result, they only cut the trees for cultivation or fuel, they don’t hunt tigers as they believe tigers to be their brothers. Such relatedness and eco-spiritual beliefs (as Dr. Rajiv calls them) have made them respect nature. 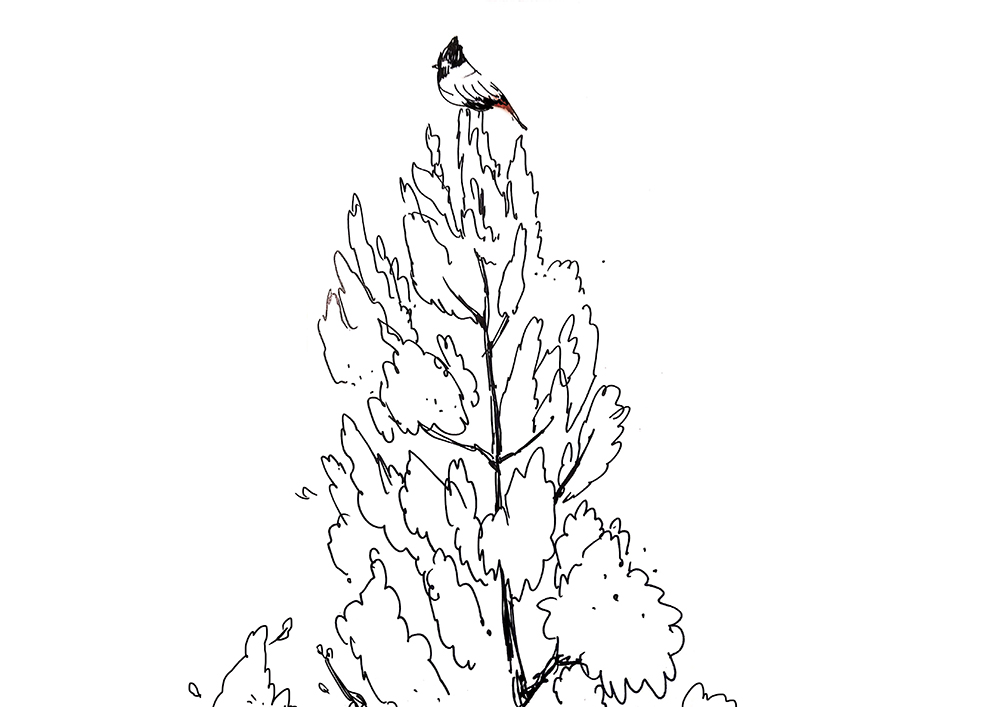 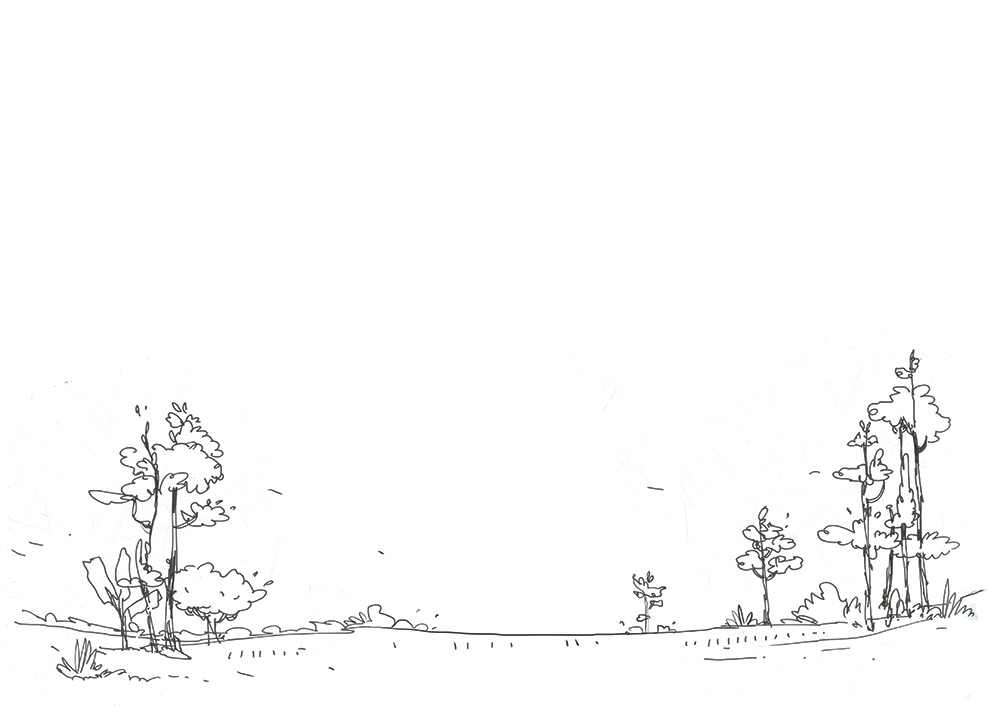 Sketches from Field Study
Almost all their folktales show a close affinity with nature, forests, spirits, animals and plants. They have stories regarding the intricate patterns they weave, stories of how they’re related to tigers and even stories about their unique haircut! The stories offer a wealth of refreshing perspectives, unfortunately, they are not well documented. Amepa is a living testament to one of their beliefs and hence a precious film!
Making the film was not easy, for, while she had arrived at her subject of interest and had done her homework, the field was a bit daunting.

I think arriving at the story was the most difficult part. 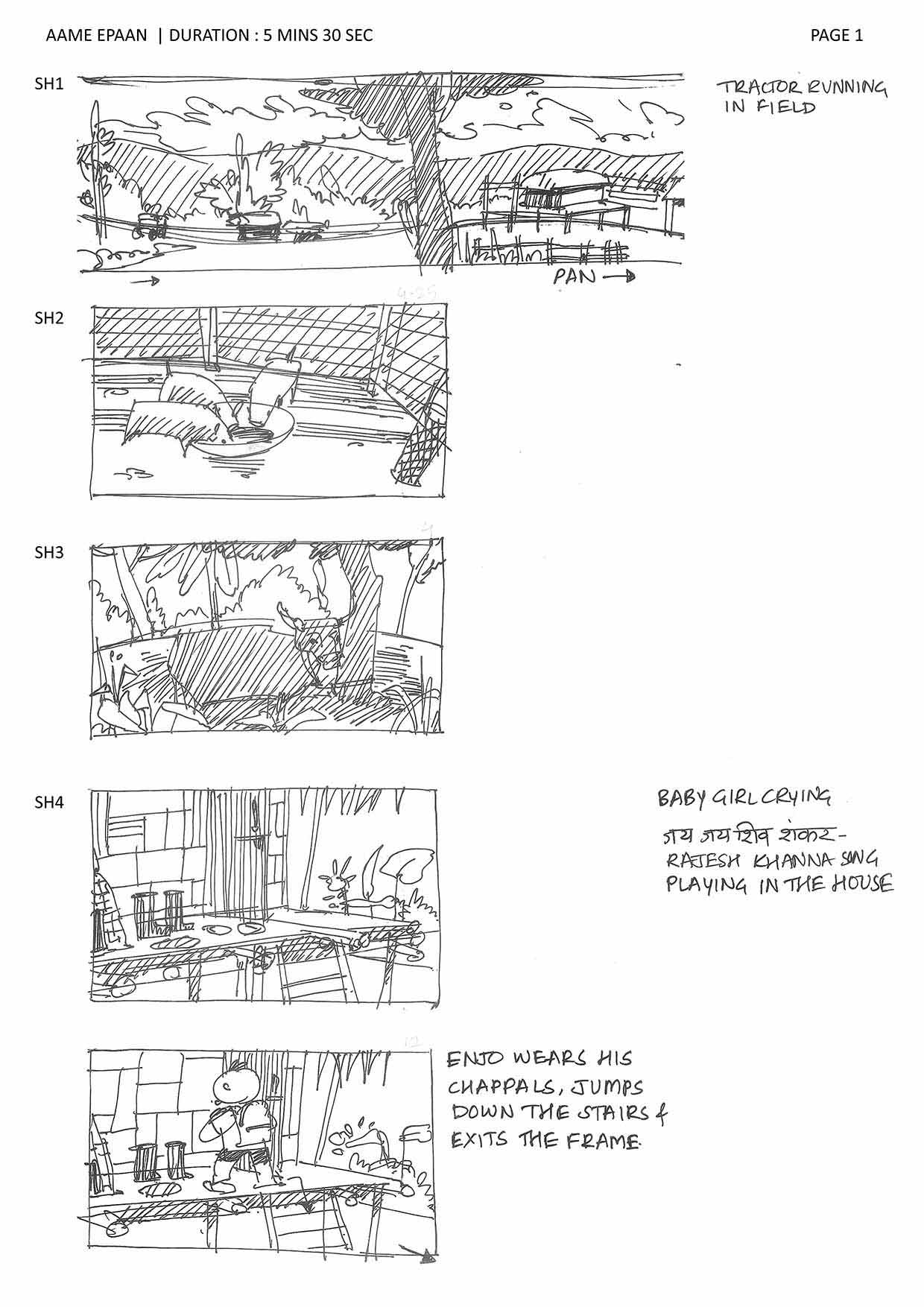 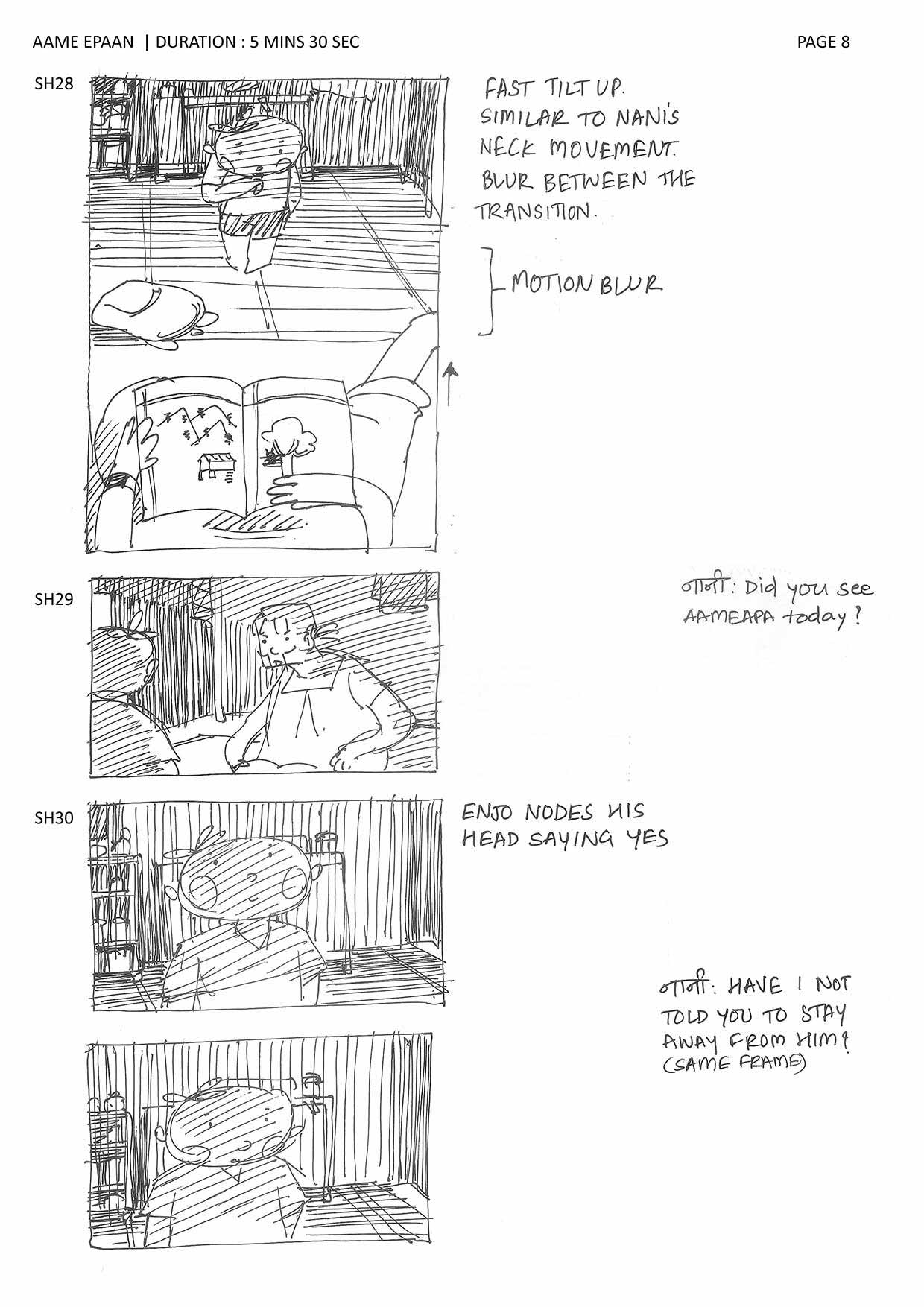 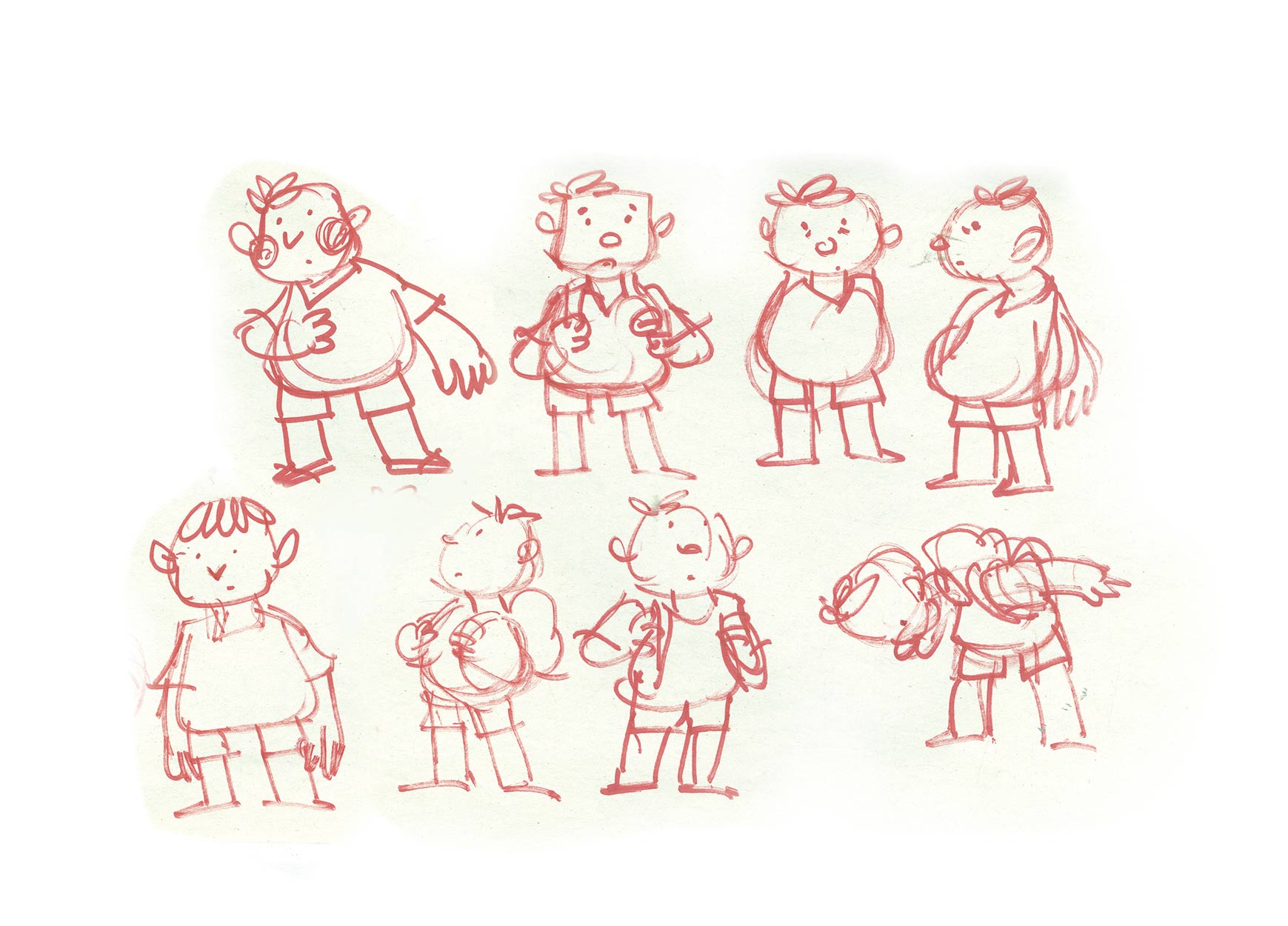 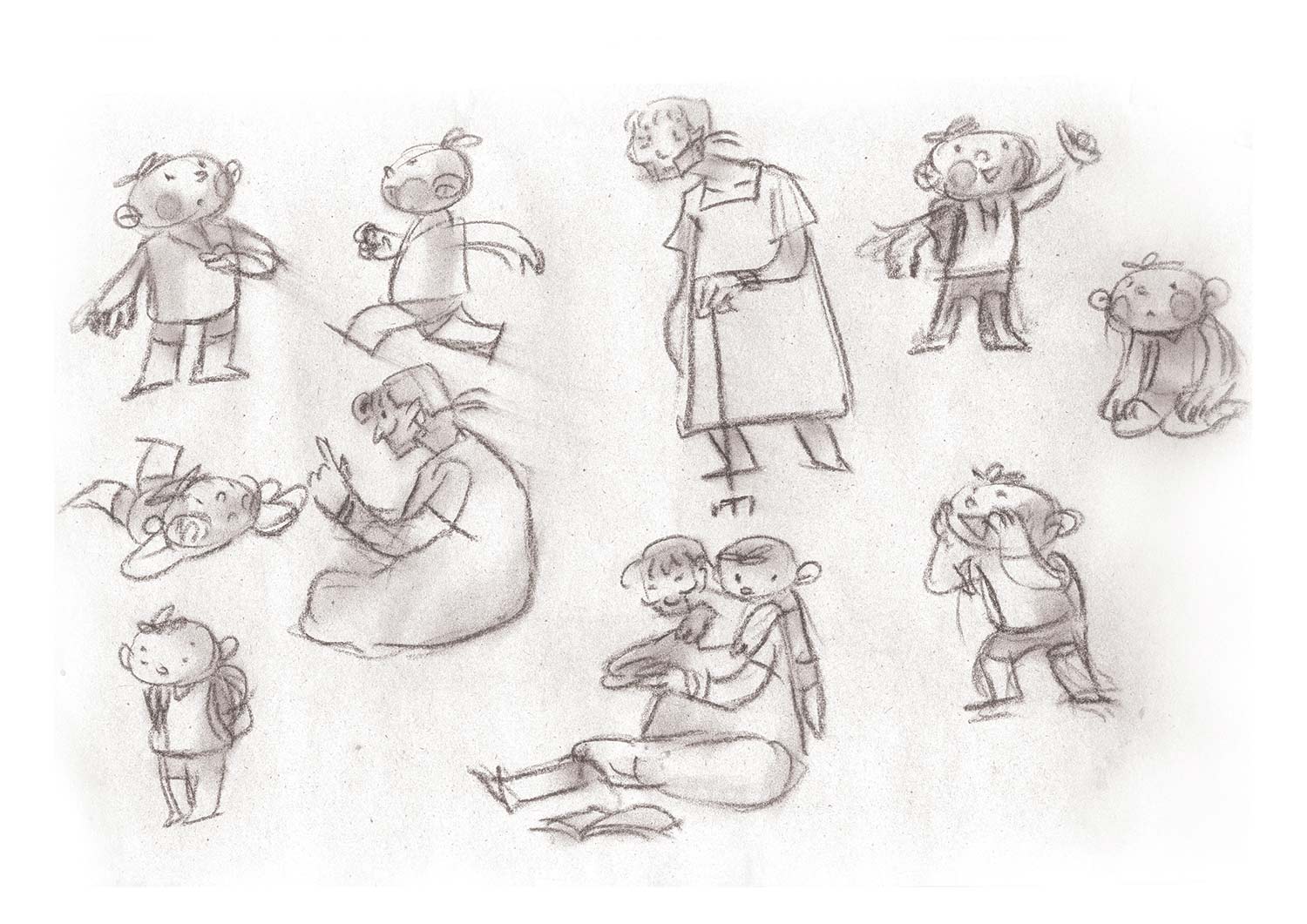 One of the Shamans she encountered during her visit told her “Don’t make this film, a film about Idu Mishmi Culture. You don’t understand it fully.” This remark made an impression on her, and she was acutely aware of her responsibility towards the people and their culture while making her film. After several drafts and iterations they settled on the story of exploring the folklore of one of the native species, Hoolock Gibbons, through the curious eyes of a young child. 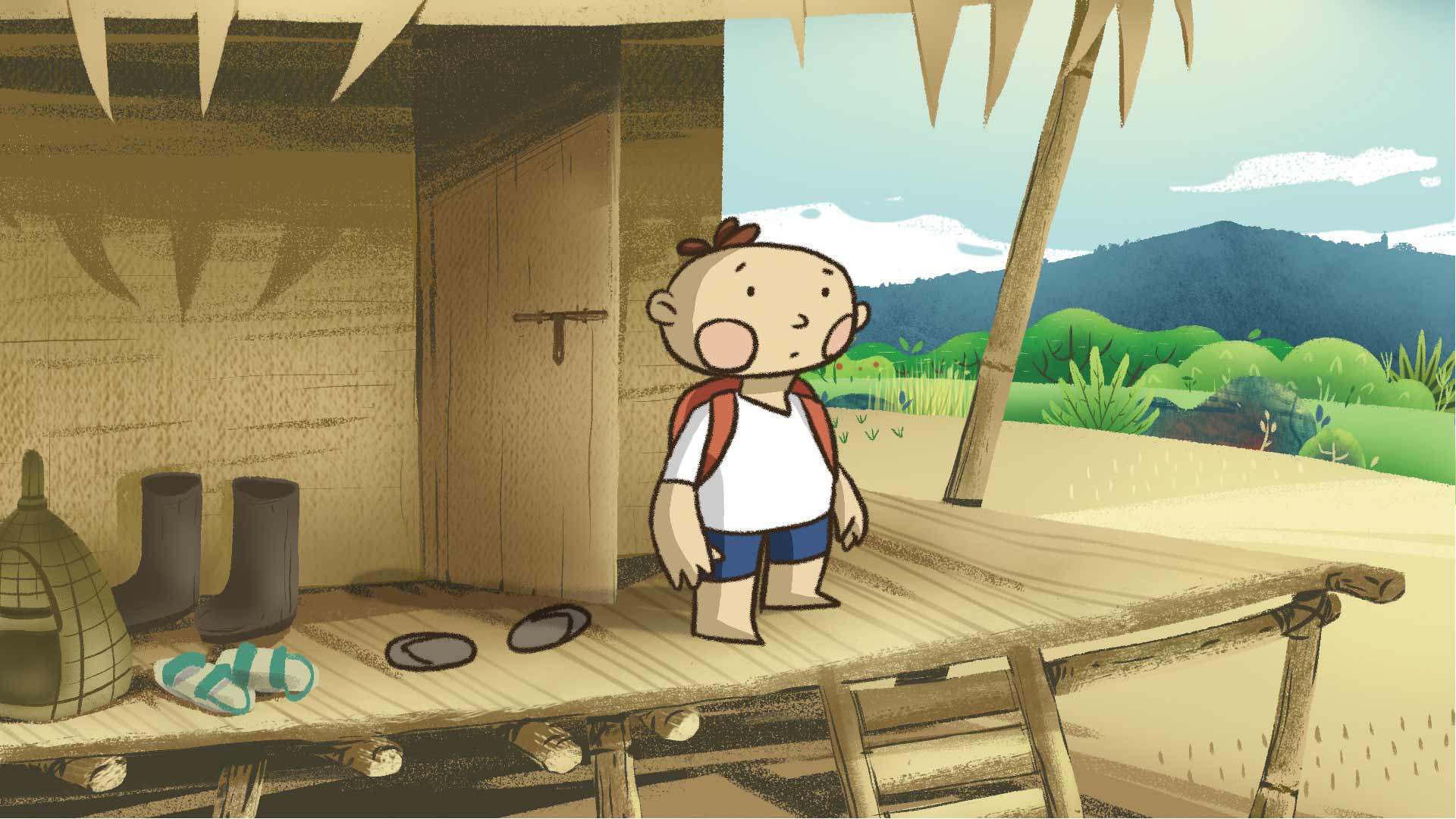 The most rewarding part of the process for her has been the completion of the film. While she has not yet had the opportunity to host a screening for the kids she met in Arunachal, that is something she looks forward to eagerly. 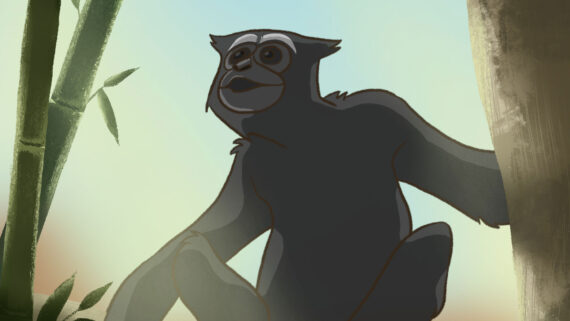 Besides this film, when we questioned her about her interests and influences, Kshipra told us that it was her father who initiated her into the world of Art. Like most kids, she had a keen interest in drawing growing up. Understanding that, he egged her to pursue this passion in her graduation which led to a program in Applied Arts in Rachana Sansad College, Mumbai. Post graduation she had a short stint in the field of design as a Graphic Designer, but she was hungry and curious to learn more. “After Illustration, Animation felt like the next best thing.I had not animated a single thing prior to the NID studio test... not even a flip book! But I remember how I felt after the interview. It felt right.”
As a designer and a story-teller, she seeks inspiration in the everyday events, people and places. Traversing the length and breadth of Mumbai on the local might have led to the keen sense of travel, she says. She grew up on a lot of Local Literature, novels in Marathi by Dr. Jayant Naralikar, Shivaji Sawant, Prabhakar Pendharkar, to name a few. Her time at NID shaped her thinking and drawing too, leading her to develop the (healthy) practice of maintaining a sketchbook. She seldom travels without one now!
Besides AMEPÃ, her portfolio is rich with other works developed during her practice at NID, all favoring the hand drawn technique.

I think working hands on is extremely satisfying. I feel close to what I am doing. And that warmth reflects in the work. Animating frame by frame adds your own unique understanding of the movement. I love that process!

This sensitive and talented designer is waiting for her film to finish the (virtual) film festival circuit and the apple to fall on her head! She promises us this is just the beginning of her tryst with the world of folktales.
You can connect with Kshipra on kshipra.dhavle@gmail.com
Vimeo
Behance
Instagram 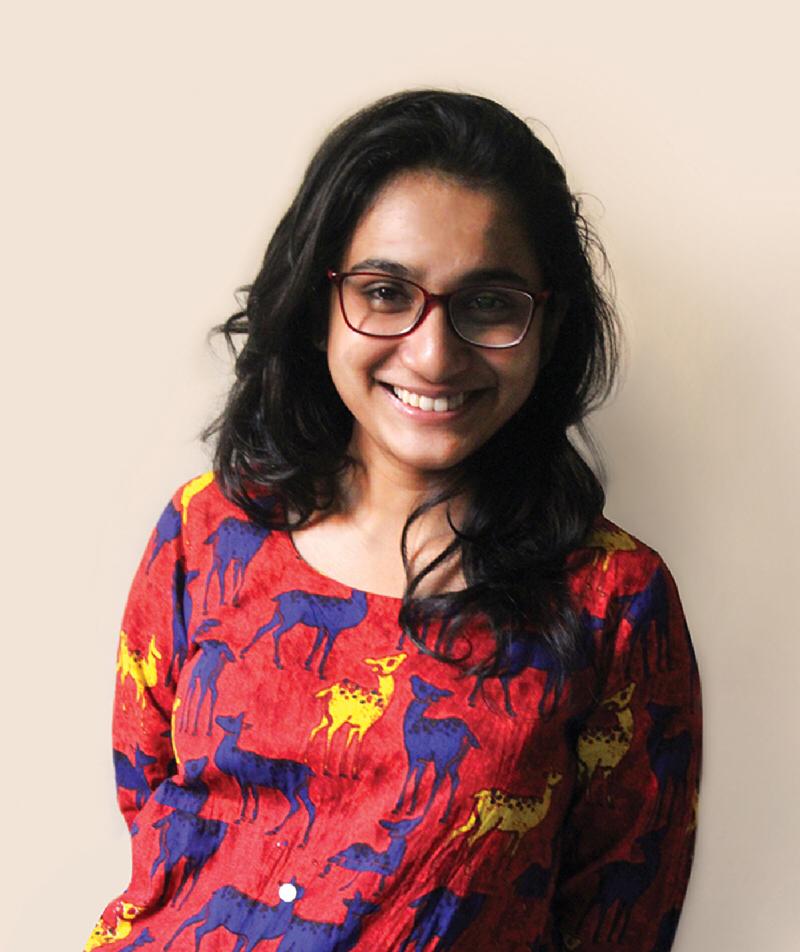