We get into converstation with Lolita Bhaduri about her latest short "Karuna". We were lucky to preview the film at a special screening. The film is a heartfelt lesson in humanity. It is an attempt to recreate the simplicity of the humble refugee Bengali colony and its people in New Delhi in the 1980s. The story revolves around a young girl's struggle to learn an important lesson from her father that privileges should not be taken for granted which triggers the realisation that lessons can trickle through generations. This film is unpublished and being screened in festivals currently, and will be premiered in 2023.

AG: How did this project begin? What is the story?
LB: Karuna - Compassion is the second film of the ongoing series that I am working on. The film is based on a true story and begins with the thought that we are an outcome of our experiences and lessons that shape us into who we are today.
Following a narrative structure, the film shows how a young girl is taught empathy & kindness through a simple task given by her father, failing which she realises her mistake and learns one of the most important lessons in life... Compassion.
AG: Tell us about the style chosen and why did you go with this direction?
LB: It is an experimental "paint on glass" medium film. Painted frame by frame on a lightbox, a classical, analog medium is chosen to enhance the nostalgic tone of the film. My vision and dream have been to be able to see oil paintings in moving images, this treatment is " paint on glass", a classical, analog medium. Once celebrated but an esoteric treatment non the less is perhaps a dying medium as it requires patience and back-breaking labour. 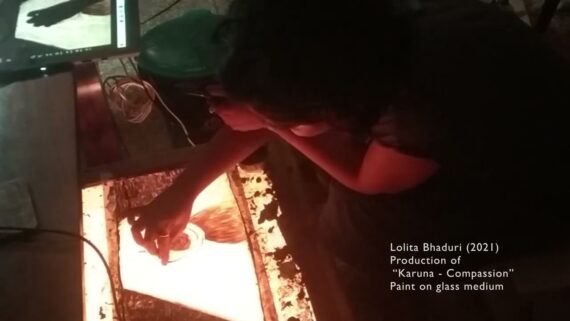 AG: What were the challenges?

Since this was the first time I was animating in this medium, one of the biggest challenges was to control the paint on the glass be it the consistency of the liquid or it drying up quickly.

LB: In addition, in absence of a DSLR Camera (Camera crashed, lockdown times also I had just recovered myself) and hence shot on a tablet without any visual reference software, the animation was done live and only with memory reference.
It was a very tedious project, but I really enjoyed every bit of working on it.
AG: How did you manage your time?
LB: It was tough as I had to plan and manage time between conducting design workshops, paid projects and this film,
I had to be sure about my timeline. There was this urgency to finish a particular sequence in the allotted time to avoid dried-up paint, half an hour of cleaning the lightbox, also losing reference drawing.
AAG: What do you feel about the future (personal, industry, humanity!) in the current covid/post covid scenario?
LB: Personally, I like to make films that are relevant, relatable and applies to an individual and society. hope to continue in this journey of storytelling. rest assured the learnings from this film will be incorporated into the next. hope you like the film.
I would like to end with the last line from the film Karuna - Compassion, which goes...

Well, it seems one lesson in kindness can trickle through generations...
that holds for cruelty as well, I guess......

So it's important for us to be mindful of what we learn and teach as everything trickles.
With that sage advise for our readers by Lolita, we bid farewell and wish her the very best as always. We will definitely update this article once the film is pegged for worldwide release. Dear Readers, we had covered her earlier film "Bhay" (the first of her films in the series) in a previous article which you can read about here
https://animatorsguild.com/2020/07/10/bhay-by-lolita-bhaduri 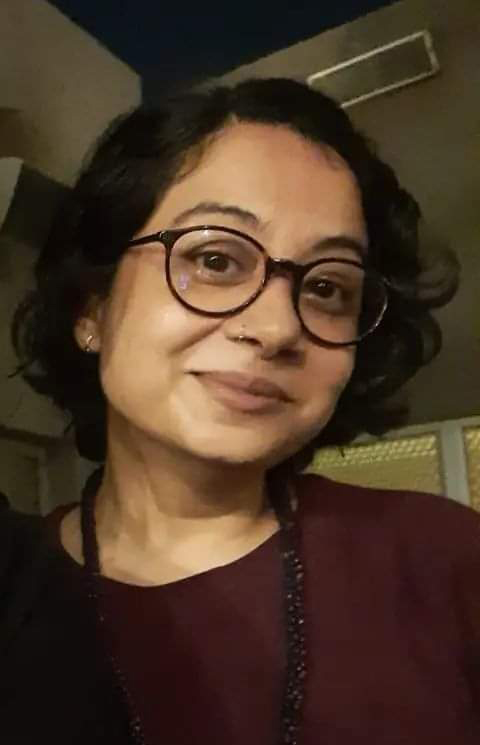