An animated ode to a Mother – Diploma film by Tanmaya Bhatnagar

The more you peel, the more you discover…
Thus starts the Diploma Document of Tanmaya Bhatnagar, introducing her final project – a short animated film about her life with her schizophrenic mother, Supriya. And peel away she does as she takes us through this brave and emotional journey.

Settling on an idea for a final project can be pretty daunting but to try and tell something so personal is both a bold and tough choice. What inspired you to finally tell this story?

My decision to tell this story started a few years ago. I was truly helpless, I did not know what to do with all of that pain in my heart. I would always look for support online and try to find videos of people talking about Schizophrenia in their family, their experiences, what they did to feel better about their situation…
I was aching to know if there were people out there going through something similar. These videos on Youtube made me feel less alone and gave me a lot of courage to speak openly about my mother’s illness. I was hiding behind the truth and the reality of my situation because I was afraid of what people might think but once I realised that it was time to move forward towards accepting it - I never looked back. I became part of that community of people who were courageous enough to tell the truth, start a conversation about this very cruel and complex disease online… and that started my journey towards really accepting it and helping others by telling my story, and my mother's reality.
Even before my final year started I had decided to use whatever skills I learnt in college to work on a project that would help people understand what this illness does to a person…a family, emotionally.
If we don’t share our pain with one another how do we help each other? 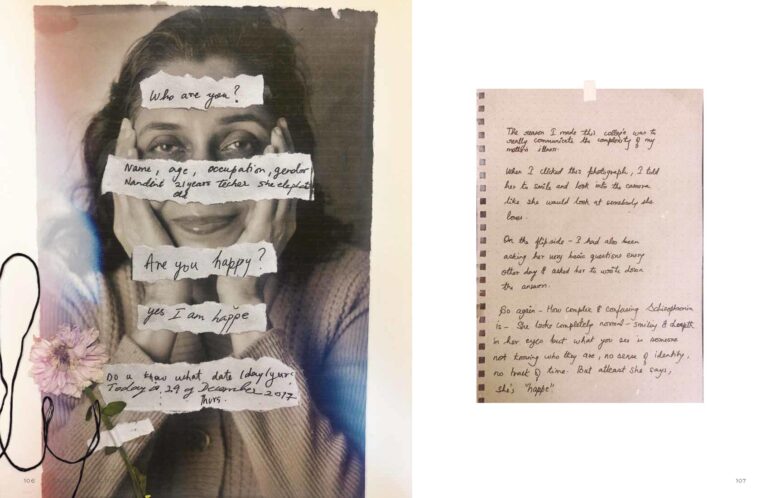 Once you decided to take this up, how did you actually go about setting a process in place?

It was really challenging to be honest. I did not know right away if my final outcome would be an animated film. I had tried my hand with animation during my 3rd year for a small project but nothing more.

Countless mentoring sessions later, I decided what I would do. I started with brainstorming multiple ways to go about it but I found myself constantly drawn to moving media. The exploration phase of my thesis, where I tried photography, embroidery and a lot of mixed- media, really set the course for my final outcome.
Once the medium was decided I set about planning the main narrative, which took a couple of drafts. I then sat down with my camera and light set up in my (tiny) room, with all the material scattered about me, closed my eyes and listened to the narrative. And then imagination met execution. 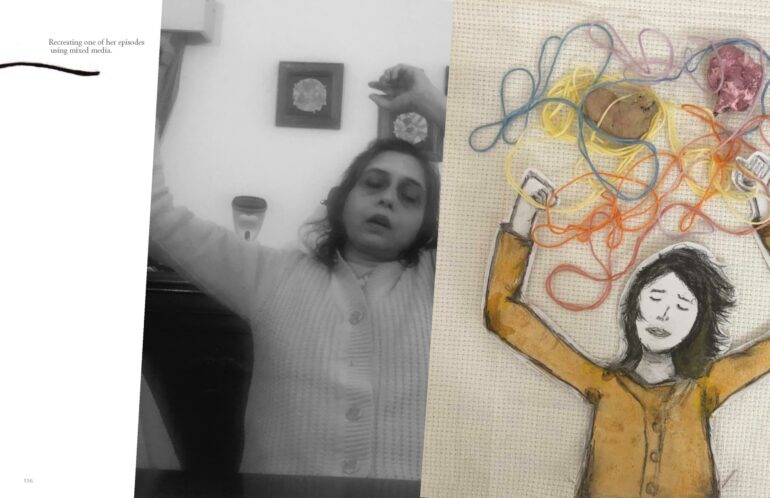 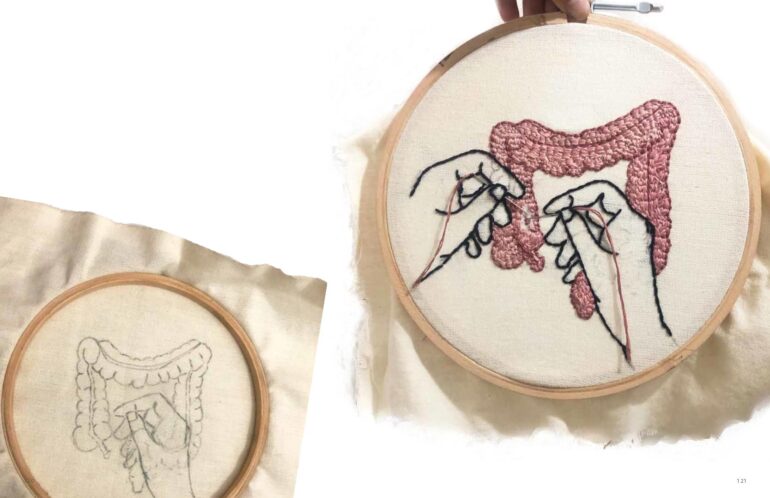 What was the emotional journey of making this film, given that it is something that you are intrinsically connected to? Were there hiccups? Is there any moment in particular that leaps out?
I always describe this project as emotionally draining because it was.
I had to find the courage within me, every day to keep at it. There were times when I felt lost and it was too much for me. I spent a lot of days in bed because with each day, I realised how REAL this was but I never lost sight of the bigger picture, which was to help others by telling this story. This project was about looking past the nature of this subject which is sadly considered Taboo in our country. The focus was also to reach out to people who may also be a victim to the stigma attached to Mental Illnesses. I wanted to use my voice to focus on empathy and tell people that “It’s okay”. 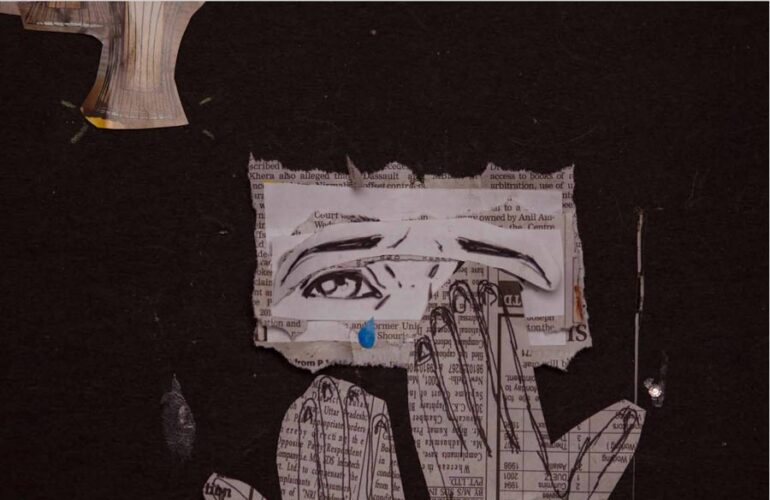 What made you keep at it?
Mental Illness should no longer be a taboo subject. It is very difficult and emotionally exhausting for people and families going through it. Only if we normalise talking about it would people realise how very real it is. That is exactly what kept me moving forward.
Given that this is your first attempt at animation, was that a big obstacle to overcome? How did you educate yourself in the medium ?
A lot of YouTube tutorials. I know now that there is absolutely nothing in this world that you cannot teach yourself through the internet. The pros far outweigh the cons, given you use the medium well. Additionally, we were given some classes about animation and stop-motion in college.

It was always about trying, failing, trying, failing but once you start to understand the link between human and software interactions - you figure it out eventually. I honestly thought I could not do it alone, I struggled, but I was determined to tell this story so I tried my best at executing it in spite of my limitations with the technique. 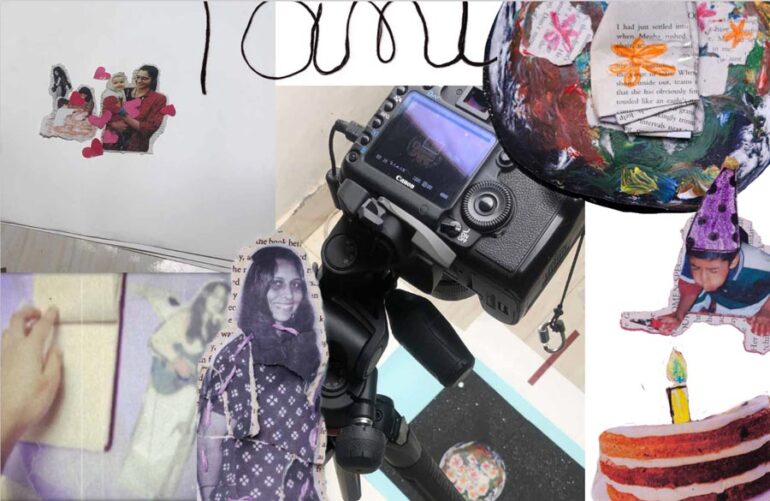 What were the reactions of your family to the film, especially your mother’s?
Sadly I could not show it to my Mother. Her illness right now does not allow her to process what is happening around her. She is living in a different world from us. But yes, I showed it to my father and my brother, they cried.
I uploaded it on Youtube and some of my relatives happened to watch it too. Only after watching the film did they realise the seriousness of my Mother’s Illness and extended support.
What is the one word that encapsulates how you feel about the entire project ?
Imperative
Given the warm reception at TASI (Special Mention, 2019) are you planning on showcasing the film at other festivals?
Yes, I have entered several film festivals and was recently shortlisted as a finalist for ADI Battle of Projects 2020 in the Film and Animation category scheduled to take place in Pune on the 11th of January.
AWARDS
* Shortlisted top 3 at the ADI Battle of Projects – International Student Design Competition as part of PDF 20 in category Film & Animation Design
* Supriya, My Mother won a Bronze medal at the Chritrakatha 19’ Design Olympics ( I found out today )
* Won the Special Jury Award at Tasi
* Shortlisted for Clubby MiniMovie Festival 2019 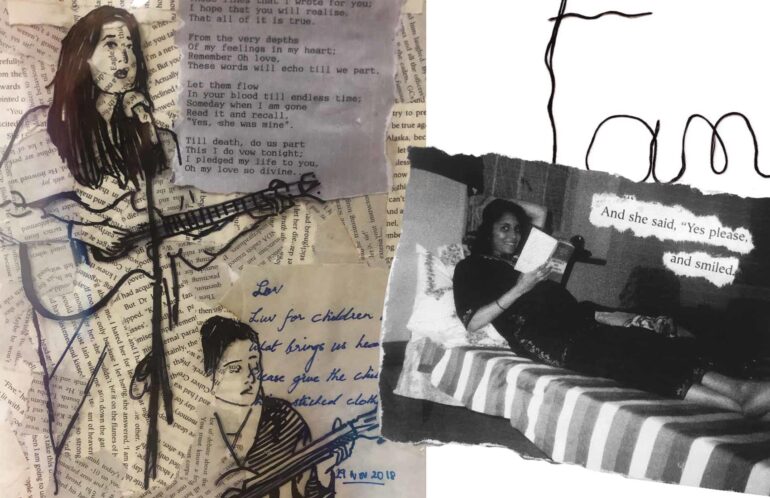 What is your personal vision with respect to where you go from here and also with respect to the project?
This project does not end for me, I have planned to extend this project into building a community/ support group for anyone who has been affected by Schizophrenia (Families, Friends). I look forward to connecting with more people and offering my emotional support to them, maybe in the future telling their stories. I will continue to explore different ways to extend my project. Oh and my search for a job as an animator continues (AG – ahoy there people). 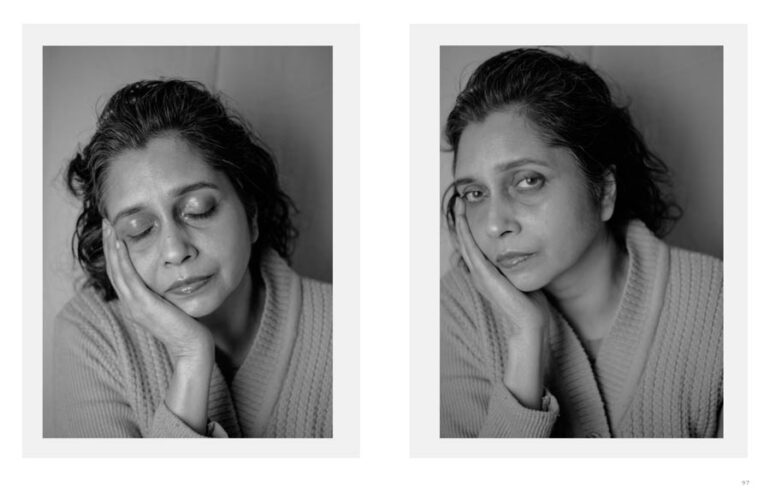 Having completed this emotionally draining project (and well, if we may add), is there any advice you would have liked to have given yourself at the start of the project?
I really had to detach myself from this project emotionally and sometimes I found myself failing at that. But I would tell myself that it’s okay. I would tell myself to be more brave and kind to myself.

You can find more about the project and Schizophrenia via Tanmaya’s extensive dip project here.
link to her project page - http://tanmayabhatnagar.com/portfolio-item/supriya-my-mother-a-short-animated-film/

And her varied and vibrant portfolio via her site - http://tanmayabhatnagar.com/ 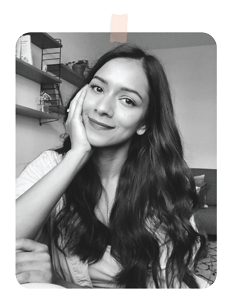