Whose design is it anyway?

This is a three-part essay on Choice, Design and Indifference. In which I talk about Choice, its relevance to Design and what Indifference means to both. In doing so I will explain my thoughts on Design, Art, Cinema, and the strange case of an Art trapped by the rules of Cinema.

We may have to find an even ground to begin. Here is one, an incident from the lives of some monkeys who lived about 3 million years ago. Some of them were on top of a dried up tree, peeling some bark to eat, while some others were on the sandy ground below. They were looking for grub hiding under pebbles. Suddenly, as it was so in those times, a flash flood arrived. It washed away some who were on the ground. When the flood paused a while later, a few stood up on their hind legs and figured out that they could do so while being waist deep in water. So when the water left, they still stood on their hind legs and waddled about holding their forearms up above their heads. The monkeys on the tree laughed their heads off for a bit and then turned their back and ate bark. The ones who waddled about on their hind legs had chosen to do the waddle walk and went on to Design a whole new species all by and for themselves. We can still see those Indifferent monkeys on trees today. Some times they laugh out. 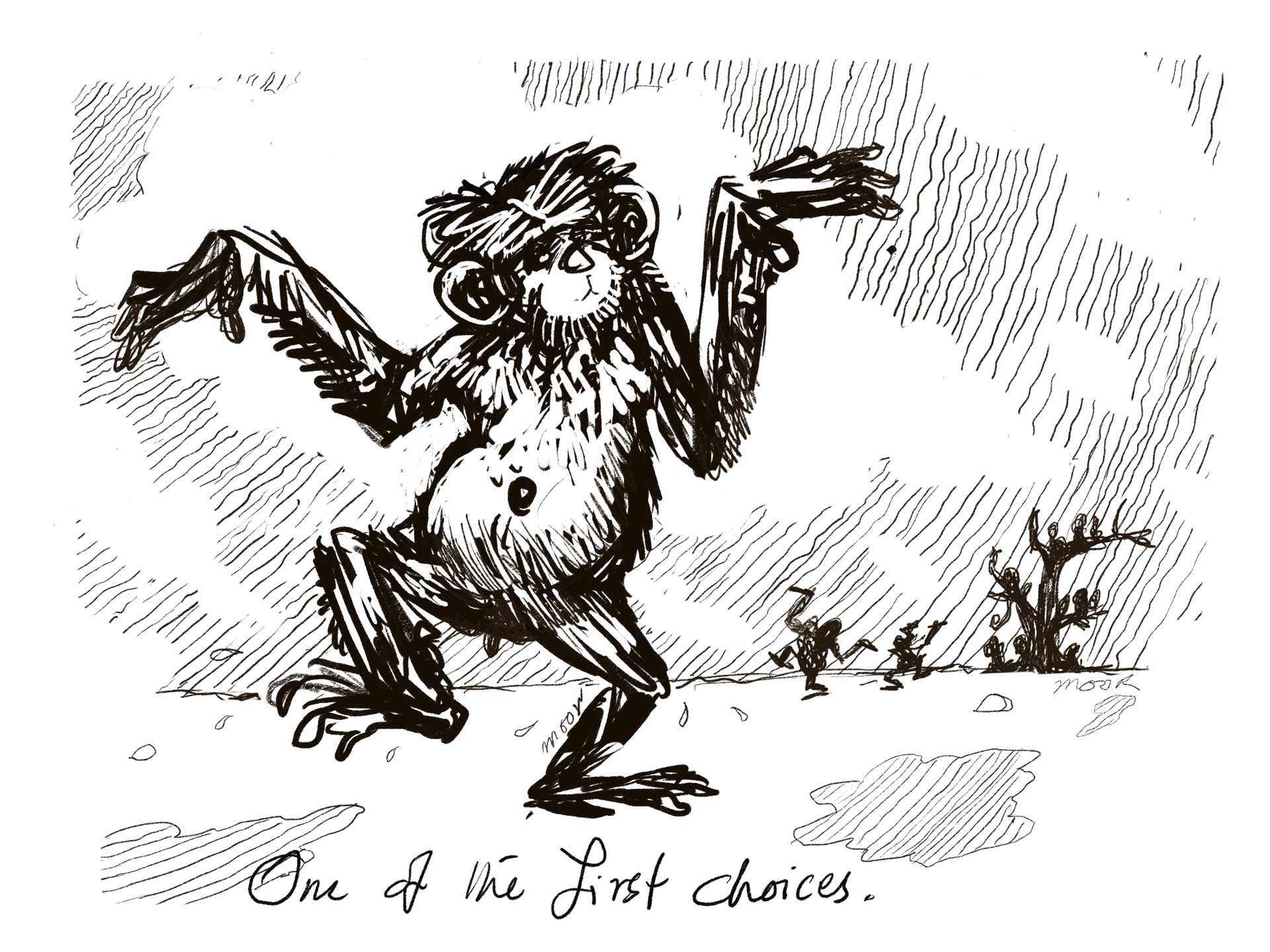 This story is a construct based on “Aquatic Ape Theory”, first purported by the Marine Biologist Alistair Hardy and then by Elaine Morgan in her amazing book “Scars of Evolution”. Since I am not a Biologist, I will go no further than to say that this story illustrates Choice, Design and Indifference in full measure.

To be consciously indifferent is a privilege that borders on fascism. To remain a Designer and yet be indifferent to the world around is a sad bus to sit in. Design is all about making choices and not being indifferent. 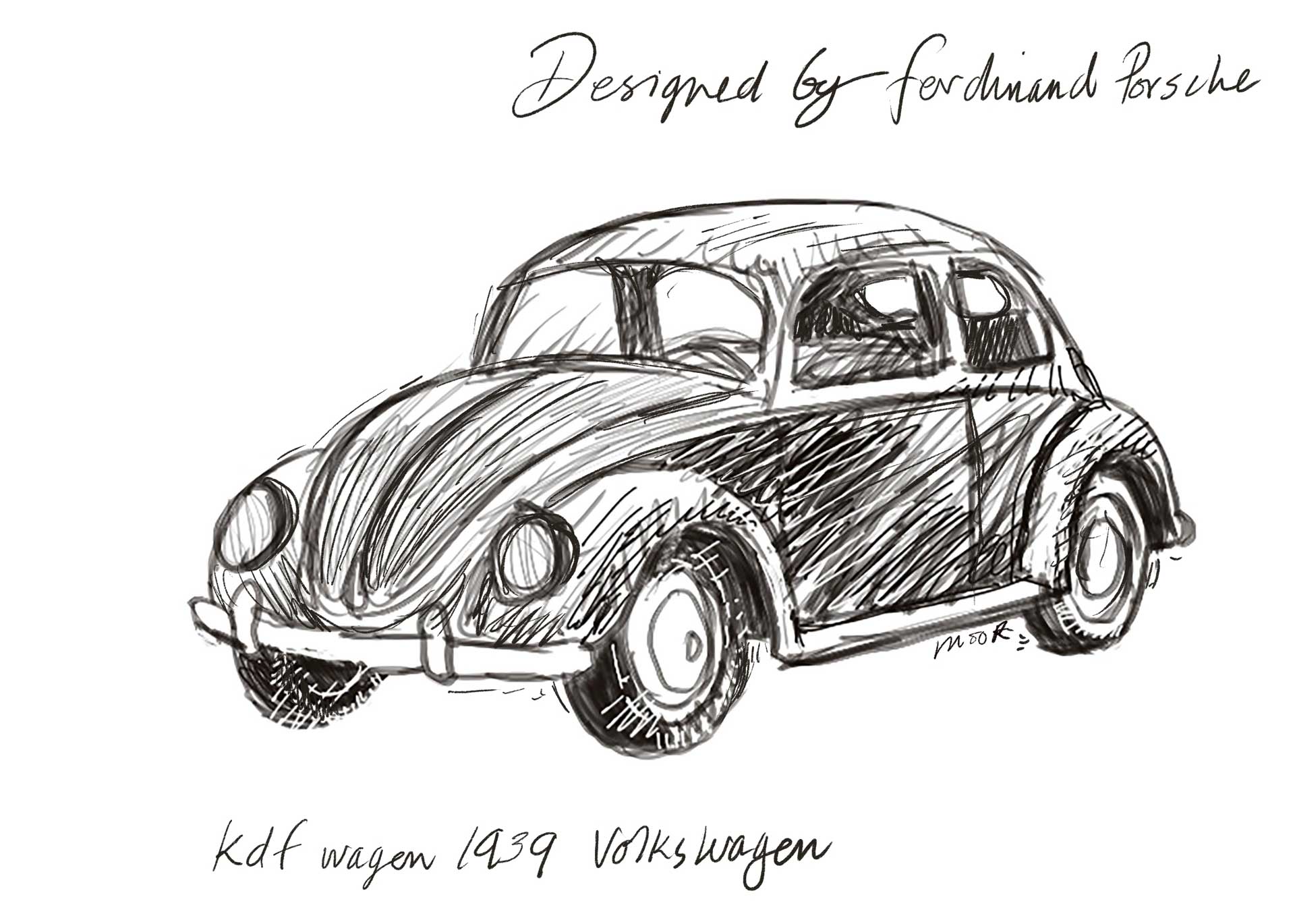 In 1937 Ferdinand Porsche ‘designed’ the Volkswagen Beetle. Adolf Hitler approved it and is even said to have drawn some sketches for it. ‘Volkswagen’ meant ‘people’s car’ in German, a cost effective, no nonsense car that was truly socialist in being affordable to the common man. It is remarkable to note that, since the 1920s and the 1930s, Bauhaus in Germany and Vkhutemas in The Soviet Union had begun imagining a SOCIALIST activity called DESIGN, which forged rules of Art with that of Technology to produce objects of function that would bring about an equitable world. Both Bauhaus and Vkhutemas had social and political studies in their curriculum. The founders of both agreed that being apolitical was not an option to the new professionals.
For reasons only known to them, Hitler shut Bauhaus and chased them out of Germany and Stalin shut Vkhutemas and chased them out of the Soviet Union. And we don’t want to know what they threatened them with. Some of these radical fugitives made it in time to Switzerland and some others to New York. We know their story. 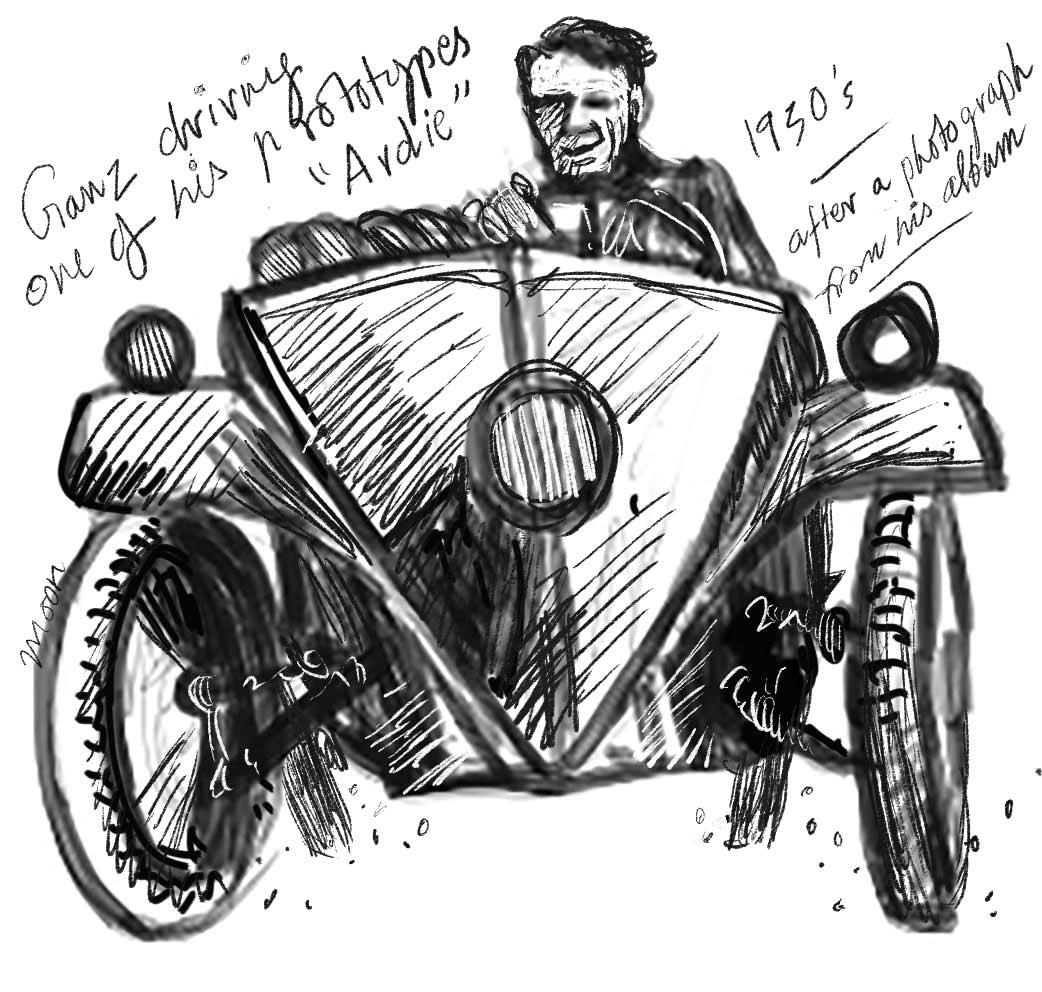 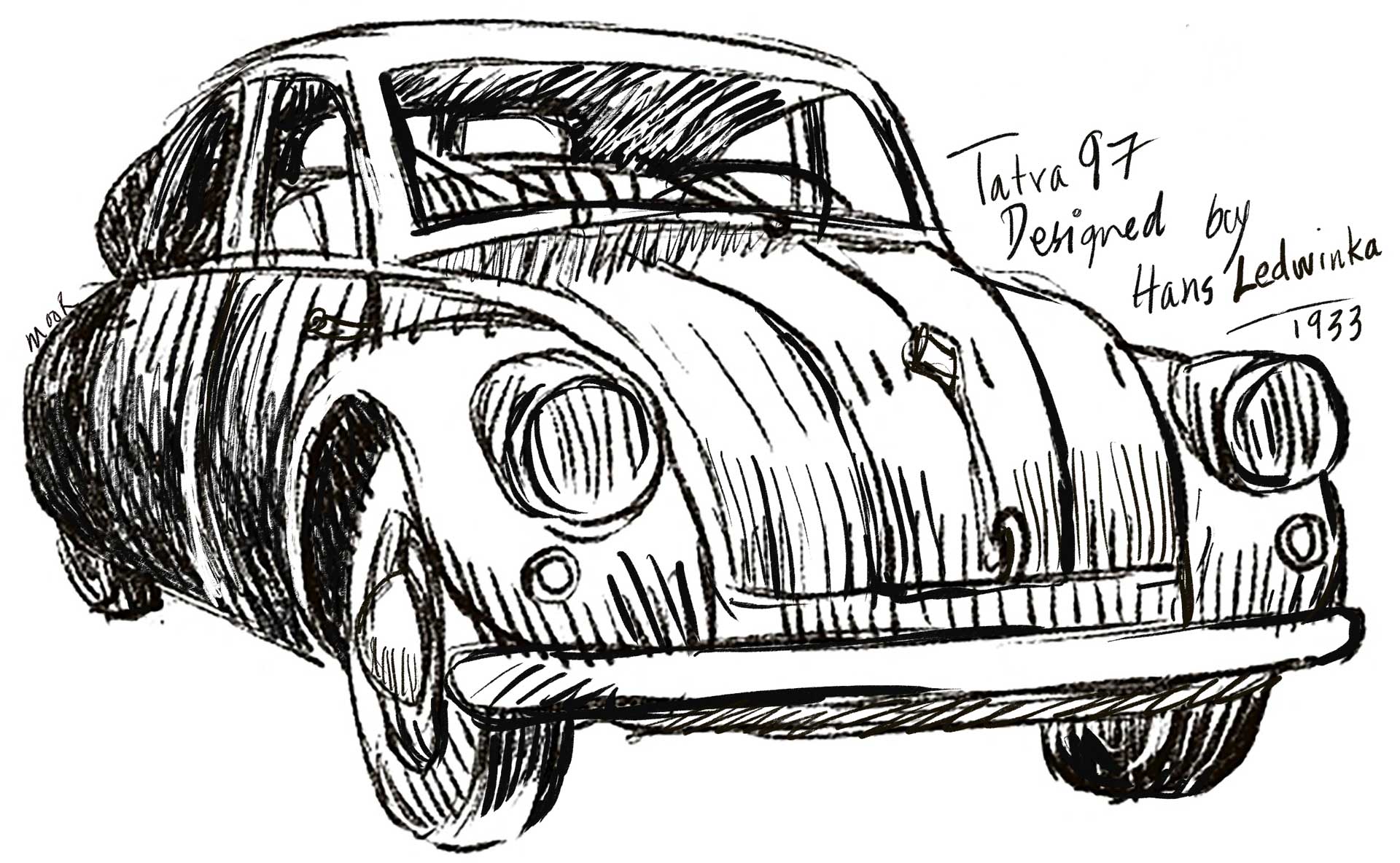 The first Volkswagen cars were presented to Hitler and other top Nazis with much international pomp and show in 1939. Shortly, Tatra the automobile manufacturer of Czechoslovakia made some noise about patents they held being violated. Then they became silent. They became silent because Hitler’s manic war on the world had begun. Czechoslovakia was one of the first countries to fall.
In Germany, before ordinary German people could buy the Volkswagen, Hitler’s good friend Ferdinand Porsche designed a battle version of it. The same engine, chassis, suspension and more or less the same profile…the ‘Kubelwagen’. The production of the Volkswagen ceased for the time being. The Kubelwagen was different in one striking feature though. It had a speed reducer that on special occasions could move the car at a deliberate 2 miles an hour, the average speed that an infantryman loaded with his supplies and equipment walked. 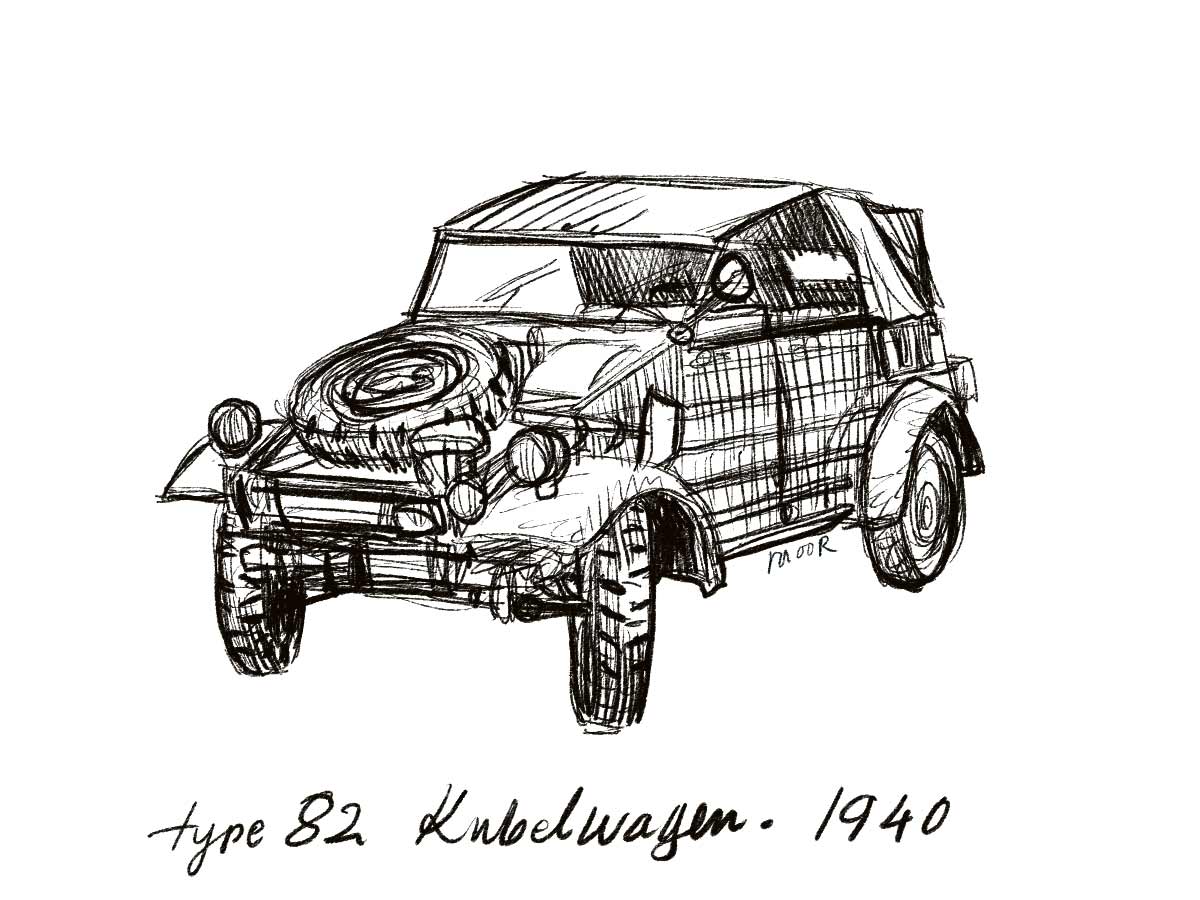 ‘Blitzkrieg’ was Hitler’s idea and it meant sudden war. He ordered the regular German army to do that. Country after country fell to the sudden thundering juggernaut of armor and howling bombers that smashed through defenses. Showing total indifference to the shell-shocked defenders, it sped on towards their capital cities, to demand unconditional surrender. Shortly afterwards, through the breach, the Nazi army would come along… the SS troops. They shot everything that moved, men women children… The Nazi officers sat in their ‘Kubelwagens’ directing their men and sometimes joining them. After killing over 75 to 80 million people, this stupid war ended in 1945. Those who survived the murder would never forget the clang clang of air-cooled engines and the frog like profile that moved at a very deliberate speed of 2 miles an hour. A symbol of sure death.
After the war, the British Auto Industry showed no interest in the frog like noisy car. Neither did French or American. However to give the defeated German people some thing to do to make a living, the Allied occupying forces allowed production of the Volkswagen to begin in 1948. 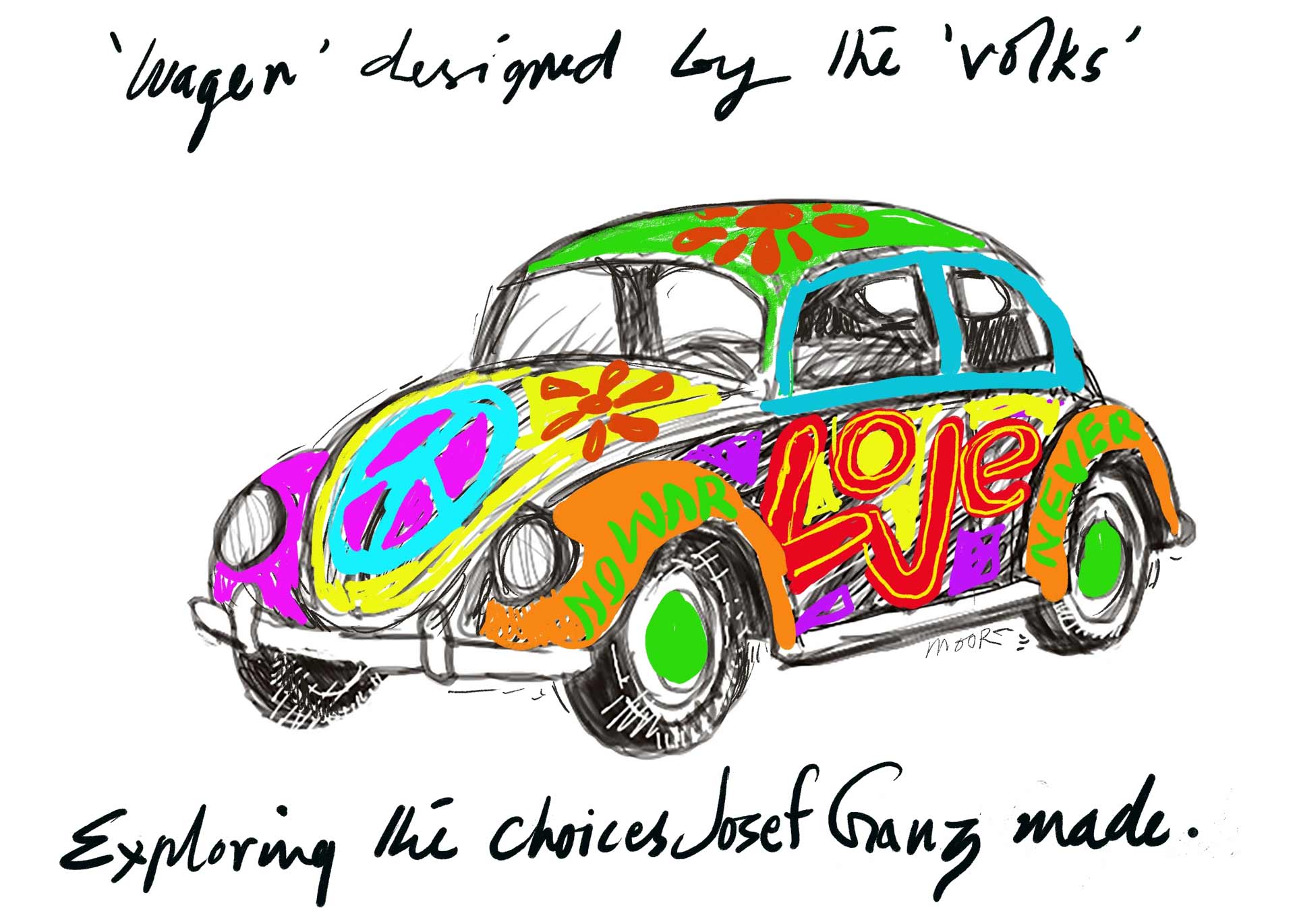 The phenomenon started then, the ugly frog like machine with a bloodied profile and the sound of sure death transformed. It became cool. The Beetles drove it. The peaceniks made it their transport. It was sighted at all anti-war demonstrations of the sensible. In Paris it edged out their favorite 2 CV. Woodstock was littered with them. Hollywood made hugely successful films on it. Before long the Volkswagen became the universal icon of PEACE and LOVE.
How did this happen?
The production ended in 2017. Becoming the only car that stayed in production for 70 years. During this long haul, the hugely rich Volkswagen Company made ‘out of court’ settlements with Tatra Automobiles of Czechoslovakia (who had made noises of their patents being violated.) But that was not all. Facts came out. Ferdinand Porsche had worked at Tatra Automobiles of Czechoslovakia as a close associate of Hans Ledwinka the chief Designer of Tatra. Before he began practicing in Germany and becoming Hitler’s favorite, that is. 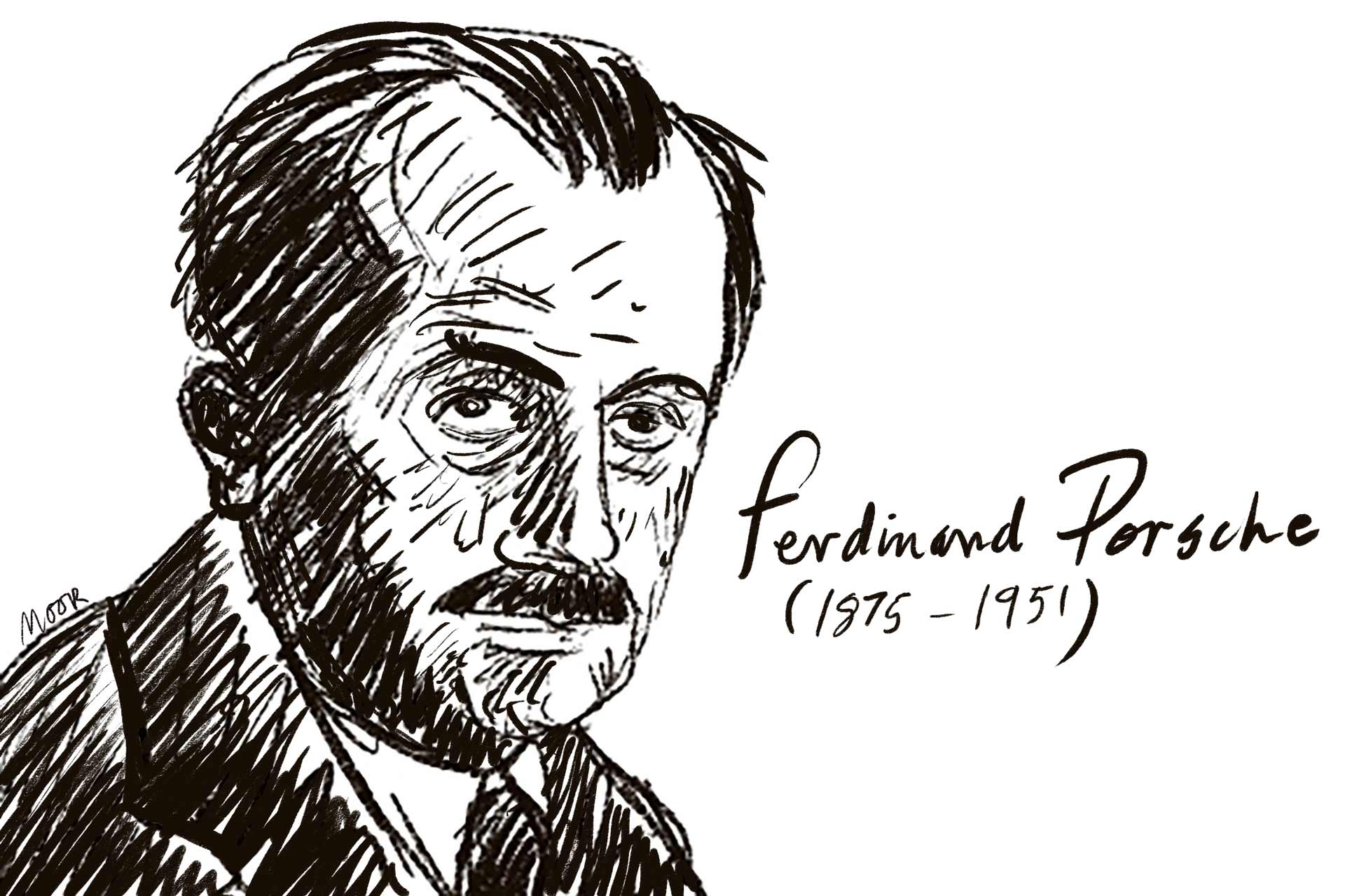 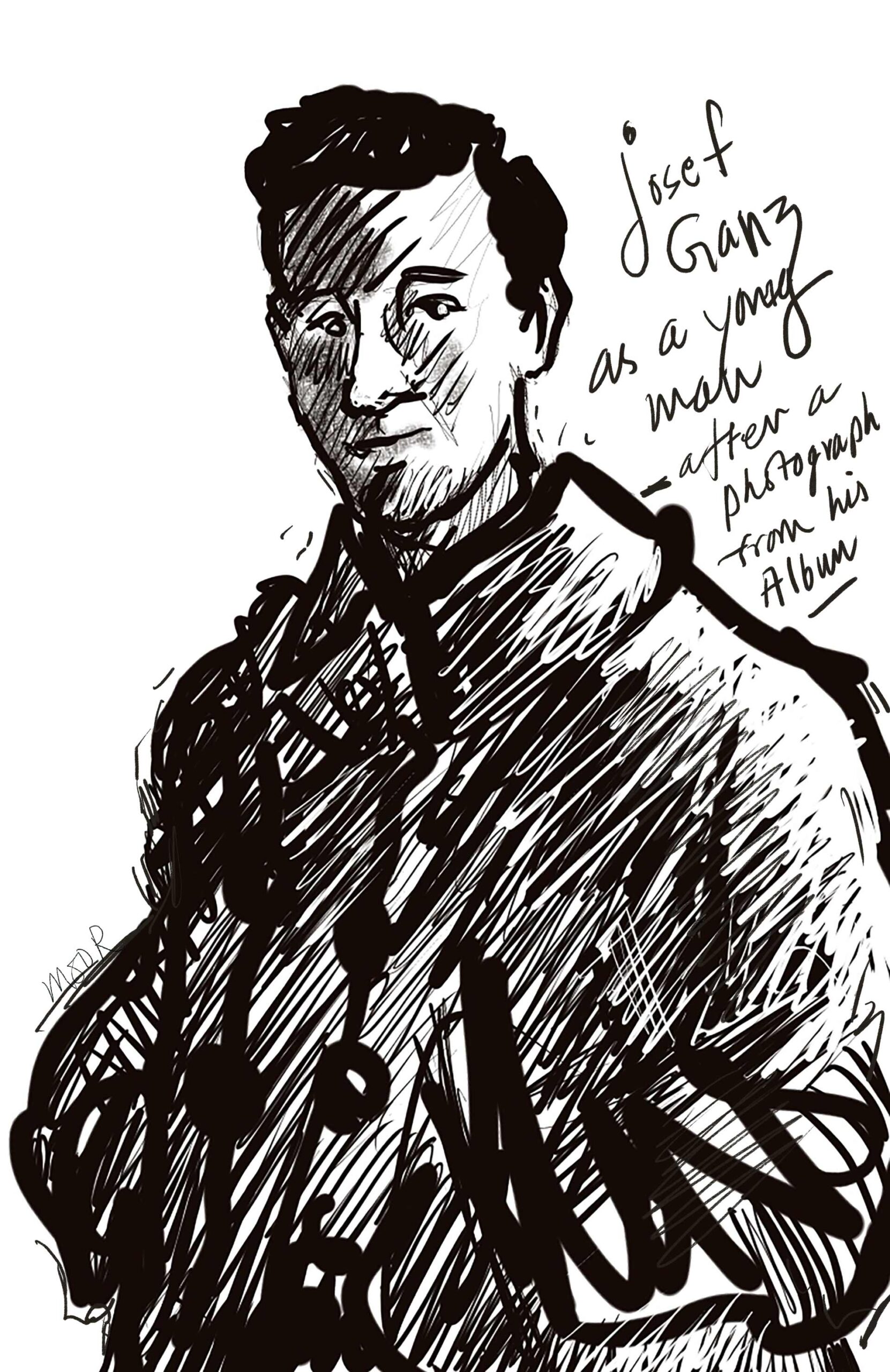 The Internet is remarkable and very socialist in relentlessly digging to expose. It dug up an engineer and an intellectual by the name of Jozef Ganz who lived in Germany.

Driven by a thought that the automobile was the next revolution and that it must be made affordable for the common man, Jozef Ganz made radical choices in its amazing form and the unique systems inside. He made several versions of the ‘everyman’s car’. It is now very certain that he made more choices to the concept of people’s car than anyone else. 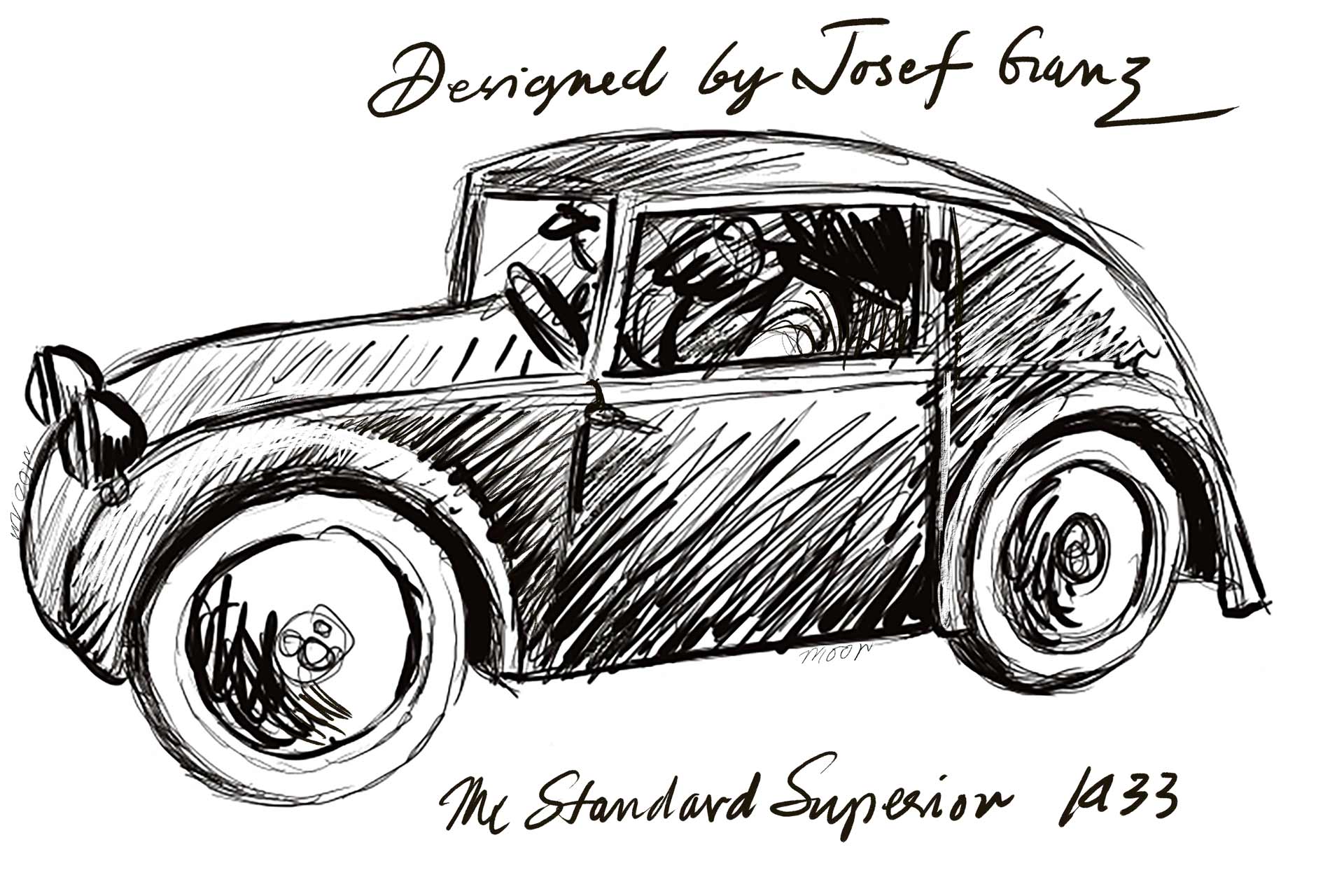 A version of his, the ‘Standard’ was exhibited at the Berlin Auto Exhibition in 1933. Hitler saw it. He was by then the Chancellor of Germany and had begun to see himself as a genius technologist, design enthusiast, and a leader sculpted out by destiny for the development of Germania! He recognized the choices Jozef Ganz had made. He loved the price, the idea, the profile, the suspension and the air-cooled engine. But there was something that he did not like. So the idea was given to Ferdinand Porsche to work upon. 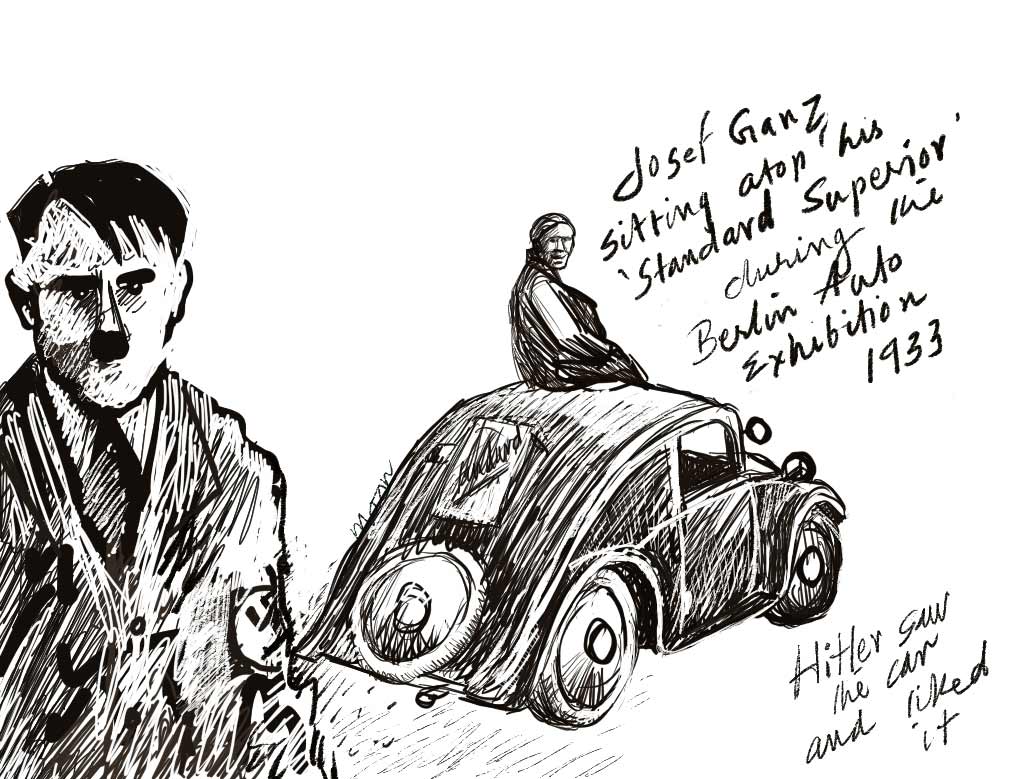 Completely indifferent to the policies of Hitler, the industrial scale exterminations, the slave labor that the factories used, Porsche ‘designed’ it. He also designed tiger tanks during the war. Citing complete ignorance of the holocaust he walked out after the war and went on to become an icon.
Hitler chased Josef Ganz out of Germany because he was a Jew and a communist to boot. Years later, Josef Ganz was found in Australia penniless and dead. In letters to his relatives this little known genius had lamented… ‘They stole my beetle’
So, whose design was the Beetle anyway?
Was it Ferdinand Porsche’s? NO!
Was it Hans Ledwinka’s (of Tatra)? NO!
Was it Hitler’s? NO!
Did the ‘volks’ actually step in to design the ‘wagen’ exploring and experiencing the choices Josef Ganz had made for them? YES!
This reminds one of the ‘Lota’. Where choices made by unknown crafts people scores of centuries ago equaled the choices of tens of millions of people who used it since. We accepted the choices as our own.

Design is indeed in the choices made. Form and content, social and political, by the maker and the user. 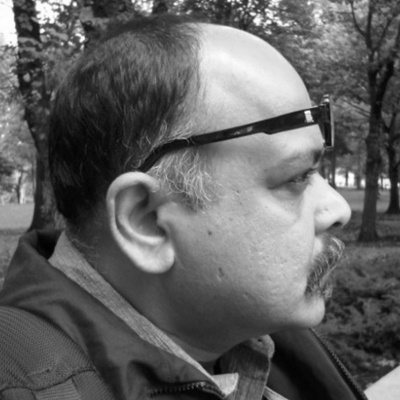