In these times of Lockdown, limited movement and uncertain futures there are serious repercussions to mental and physical health. Bhay by Lolita Bhaduri is a poignant piece putting the spotlight on trauma.

AG: We loved the video. How did this project begin? What is the story?
LB: Thank you so much for appreciating my work, it means a lot.
This project started in 2011 in Mumbai, my first ever self-produced film. This project then was called "Nakushi", which means unwanted in Marathi, a commonly given name to the third girl child, in Maharashtra. I wanted to portray the mental trauma a person goes through their entire lives because of the names they have been given. By 2013, I had finished the preproduction ie animating,
painting the frames, and part of compositing, however sound, and editing was still pending... when due to personal setbacks I had to put the project on the back burner and move to New Delhi. I fell upon really tough times and the last nail was when I lost an entire hard disk of footage, I truly felt sick in the stomach.

I gave up making this film after working on it for 3 years and took up a job in 2016, with the hope... perhaps someday...

A month into the lockdown, one evening I heard a commotion in the distant neighbourhood, which reminded me of a familiar fear, the unfinished film and a desire to revisit it. I started my research read up articles, data stories on the global rise in domestic violence cases during the lockdown. I realised the data showed the number reported cases, How many cases go unreported? and How many people keep living in fear because they don't have a choice. I decided to show a series of reactions, symptoms of domestic violence, which are subtle and many times go unnoticed, and even misinterpreted.
I found myself working on a turbo mode after office hours and managed to put together a minute-long non - narrative. "Bhay - Fear" - was finished in May 2020, it took me 9 years to produce it and 3 years in production. 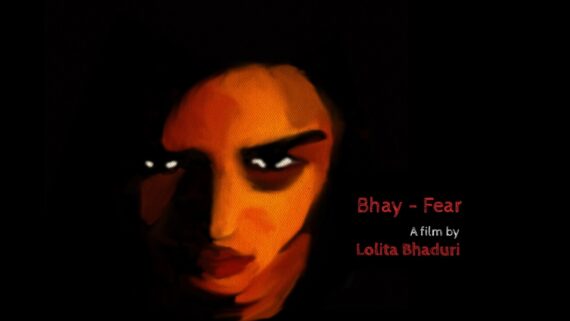 AG: Tell us about the style chosen and why did you go with this direction?
LB: My vision and dream have always been to be able to see paintings in moving images. This was only possible when I married analog and digital, which also opens a new scope for discussion on unique techniques in animation where design meets art. My first film as a student "STHITI" (1998 - 2000) is a digitally frame by frame painted animation film which was nominated at Ottawa Film Festival 2001 – SAFO. 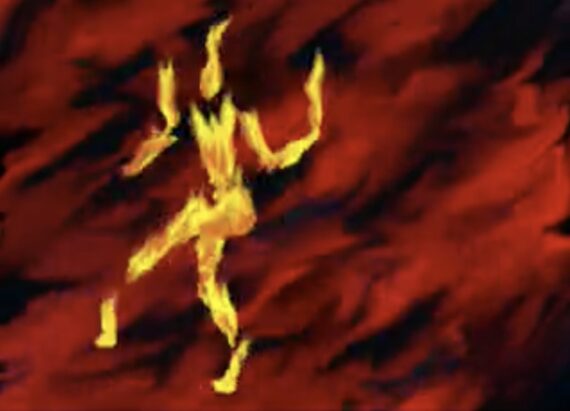 Unfortunately didn't get to do many client projects in this medium except one in 2010.
For "Bhay - Fear" for the first time I chose to use rotoscoping as a tool, however, one has to animate as not all can be achieved by rotoscope, I guess its the magic of animation and no matter how tedious the production process be I enjoy every frame of it. 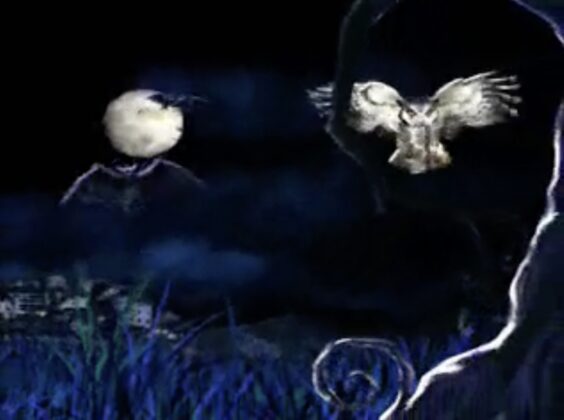 AG: Tell us about the thought process?
LB: Women and children are the most vulnerable and affected by domestic violence. But the problem lies in reporting as no one wants to report their family members either out of fear or fear of humiliation. The film appeals to the emotional quotient of the audience regarding the issue of domestic violence through the medium of AVI. I wanted to make my audience empathise with the situation. An attempt to make them feel what a victim feels. I wanted to recreate the experience.
AG: What were the challenges? - How did you keep a positive outlook working through such a heavy and dark topic?
LB: YES... Challenges were plenty but now having been through them they seem like lessons to me. Tough Lessons
Personal challenges-
To be honest I am just happy that this film (microfilm) saw the light of the day. The topic and the medium are very close to my heart. There was a time I couldn't even look at the footage as I saw it as a failed unfinished job, I guess I was too close to it, however, when I began in 2020, I realised that I was able to detach my emotions and was able to look at it objectively.
Domestic violence complaints are at a 10-year high in India during the lockdown, my 1 minute 7 seconds film will not solve the problem, My attempt through this film was only to remind everyone of the fear which originates from insecurity, uncertainty and unpredictability. I wanted to make my audience empathise with the situation.
Technical challenges-
Apart from data loss and hard disc crashes I had another minor glitch. When I began in 2011 I used the frame ration at 4:3 ( 720X576 ), whereas in 2020 the popular ration is 16:9. After much deliberation, I decided to keep the squarish format keeping in mind that it will be just right for phones and easy to share. I also rendered a 59-sec version to make it social friendly. No major technical glitches as machines are faster and more efficient, render time has reduced, easy to compress and upload. etc 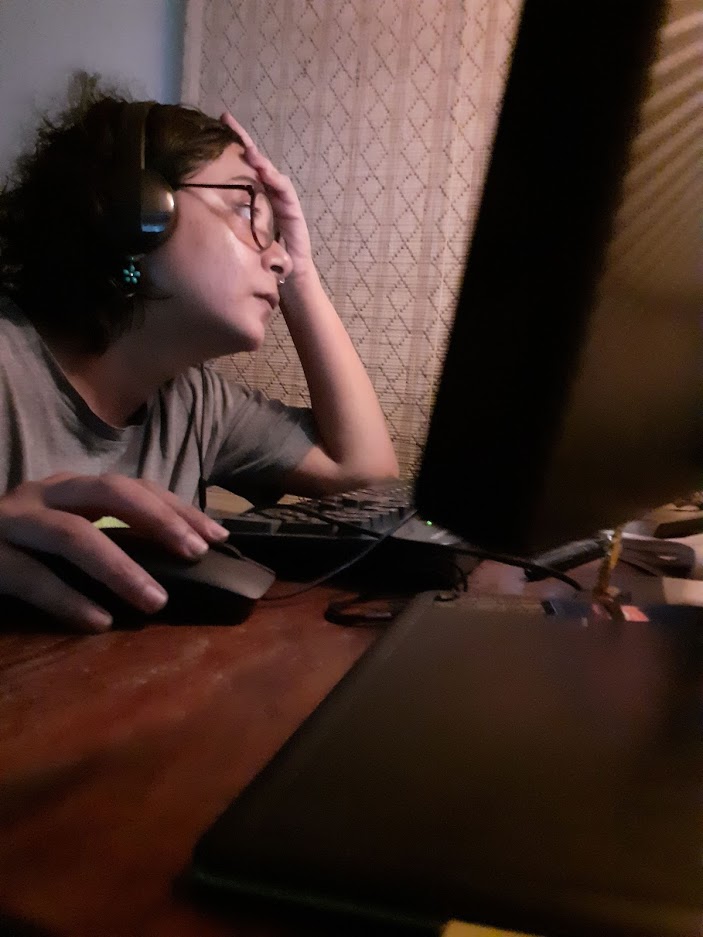 AG: What do you feel about the future (personal, industry, humanity!) in the current covid scenario?
LB: With all this, I learnt to be persistent and practical, Sometimes the time just isn't right, some call it "Murphy's law" and some "devils attack" . So take a break, a walk or read a book, and come back fresh, begin again. I used to be very hard on myself earlier, but now I know to nurture creativity and not demand it. And most importantly to surround oneself with happy people.
Covid has taught me to be aware, thankful, and patient. We are survivors and humanity will evolve and readjust itself to the new ways of life. I am hopeful that this too shall pass soon, its just a matter of time, and what we do with it. So think, create, and share. Stay safe and healthy. Happy Animating.
AG: One last question, what are your thoughts on the animation scene in India?
LB: Animation in India as a medium has existed since the 20th century. We have had pioneers like Ram Mohan, and Bhimsain Khurana, who were self-taught and still an inspiration to animation fraternity. Indian animation has evolved over the years in spite of limited technology, infrastructure and fund, indeed has made a name for itself in the global timeline. Be it e-learning, motion graphics, 3D animations, cartoons, weather reports/news and information, animation is a neutral tool which is capable of communicating one and all.
Unfortunately in India animation is still seen as "Cartoons". In my 22 years of being an animator, I have always pushed animation to talk about serious/social issues. I wanted to break the preconceived notions attached and it is as recent as 2016 that I got to be part of projects in my current organization which were news features on social issues.
With the current scenario of lockdown life with everything being digital and augmented realities, animation has emerged as a solution for many fields. Needless to say, animation is the future of communication and has many possibilities from simulation to interactive. Animation as a medium is less demanding in terms of infrastructure as in all one needs is a lightbox, computer, skills and mind full of ideas to execute and of course “work from home” is also a productive possibility. I have always believed in” it doesn’t matter how much you have but what you do with what you have.”
In 2000s, the scope of employment as an animator was thin, and opportunities limited but not anymore. Now opportunities are created. Indian animators have seen the journey of being seen as sweatshop artists to leading independent animation entrepreneurs. This is indeed an honour and a privilege to be part of AGI community and I thank them from the bottom of my heart to have created this platform to showcase creativity and also to have given me this opportunity. 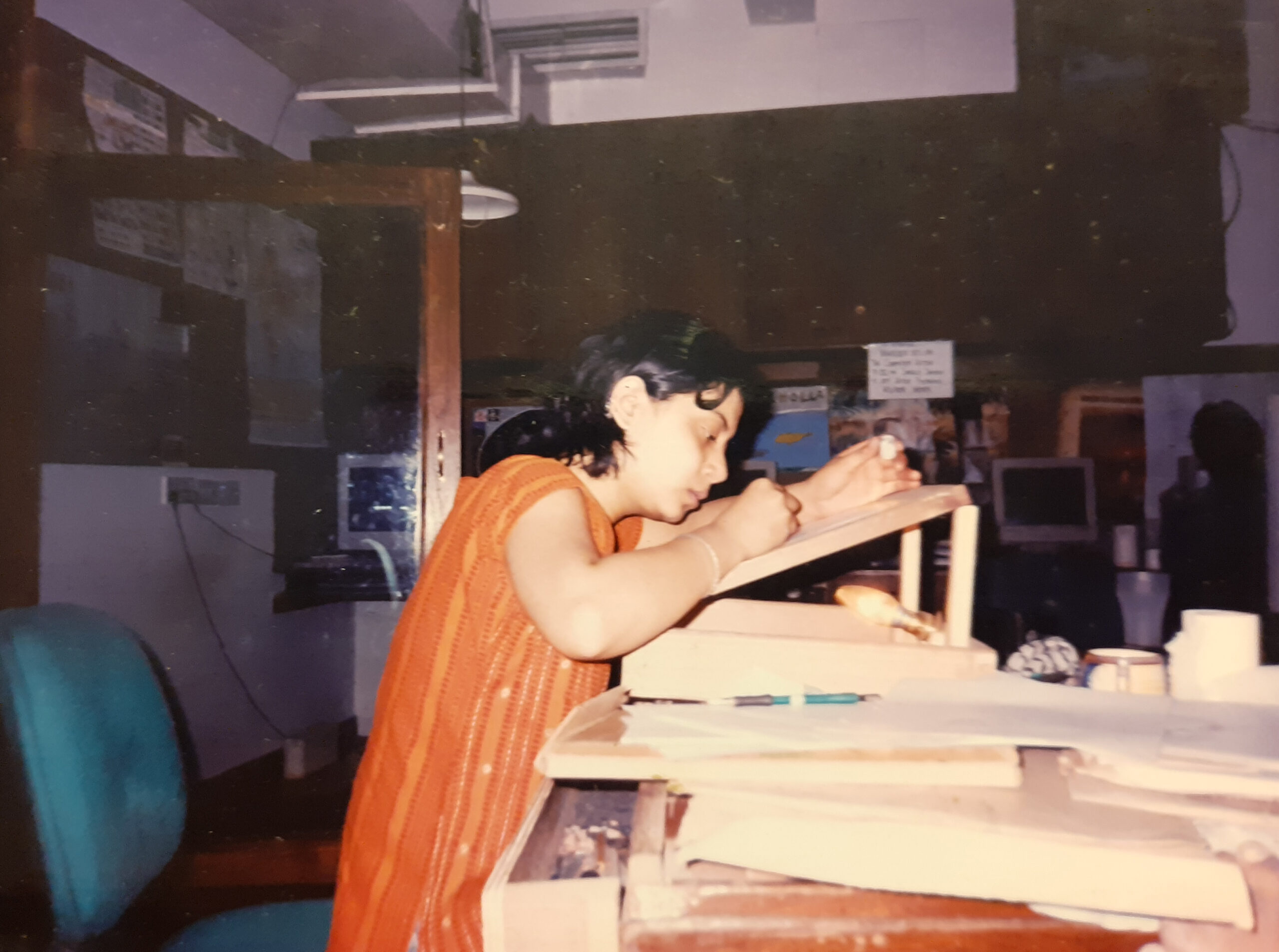 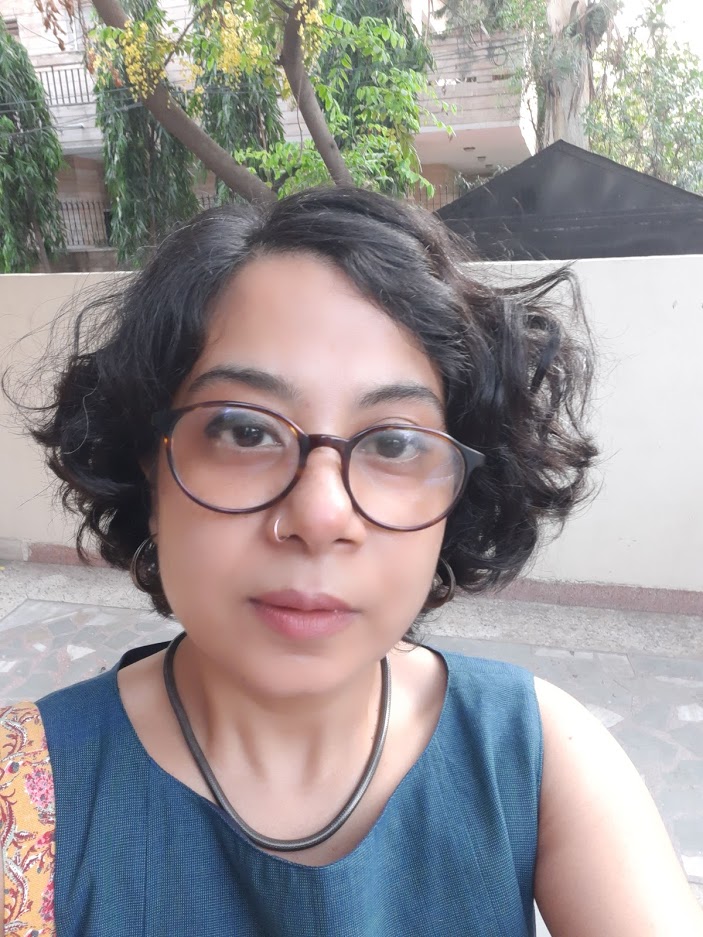