Nestled in the sylvan ranges of the eastern Himalayas is a unique Collaborative Design studio by the name of Echostream. Founded in 2008 in Gangtok, Sikkim, by a group of young designers from the National Institute of Design, Ahmedabad, it was imagined as a multidisciplinary collaboration. Over a decade since its inception, the studio has evolved into different identities, keeping this multidisciplinary collaboration at the core. We spoke to the founders of the studio this last week to understand the voice behind the echo.

They narrate that the studio started out as a result of whiskey drenched conversations in a friend's apartment in Delhi, which spilled over to Bombay, at the (now) co-founders Tenzing Ninzey (Exhibition Design) and Ranveer Singh Sambhi’s apartment (Animation Film Design). The pilot who flew Sonam Tashi Gyaltsen (Product Design), Karma Palzor (Animation Film Design) and Sujay Narayan to Bombay had no idea he was helping an idea take off too. As the conversations continued and deepened over the days, the idea of the studio was firmed up. The boys returned to Delhi and got their first office space in Saket, Delhi.

Come 2008, they decided to pack up and shift base to Sikkim for good, which was home ground for 3 out of the 5 founding members. The Company was registered and it was decided to prototype the collaboration idea in Sikkim itself. It was perhaps the most defining decision as a company. 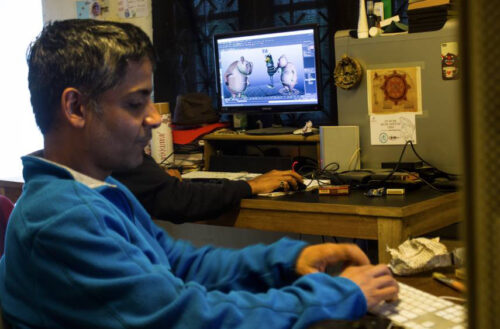 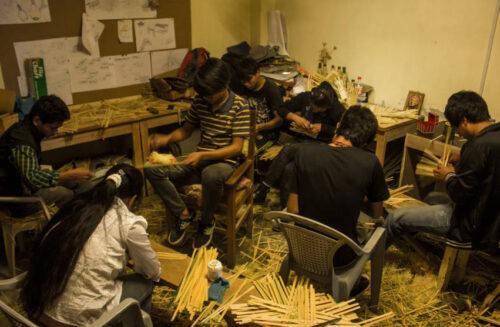 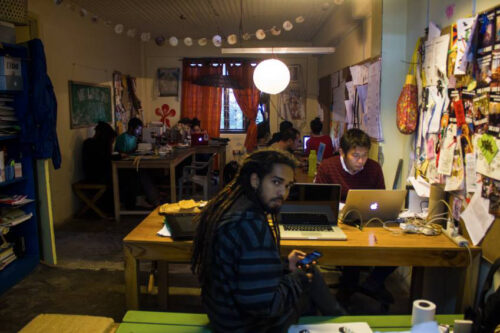 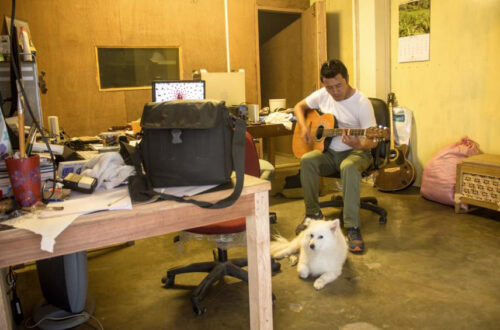 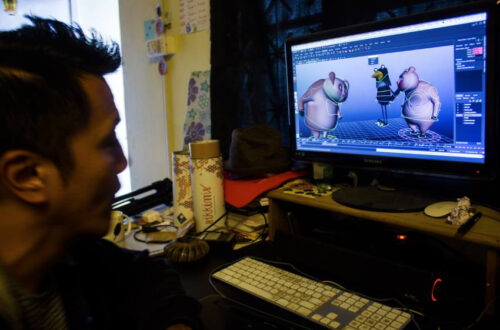 While most of us toy with the idea of shedding the city life and making our way to the therapeutic mountains, here is a group who has made a successful example of doing that and well. The place has had a significant impact in their work ideology and methodology. It led to developing their vision for Echostream as they worked with the various sectors in Sikkim across the spectrum of design interventions.

We started not only appreciating the values of working in a place like the mountains but also finding purpose in having a focus for our individual and collective interpretations of design.

This impromptu decision of starting collaborations still feeds into our evolving practices as it has a very rhizomatic nature and characteristic which everyone here at Echostream identifies with.

This shift in space has also resulted in a shift in perspective, where the otherwise perceivable cons also start to look like opportunities. There are only benefits, they add. “The altitude has definitely had an impact on the attitude, the highest being the concept of home and family in an otherwise very urban nomadic life we had lived before shifting to the mountains” (Cue in, Take me home country roads, to a place, I belong…)

In the year 2015, they developed EchoFesto (gif below); their design manifesto which has been their guiding philosophy.

There has been specific focus to take on state- sponsored and state focused work across the various sectors of design. This was borne both of the conscious decision as well the need, as there is near negligible private sector presence in Sikkim.
“The idea was to explore design interventions in various sectors in Sikkim. One project followed the other, mostly through recommendations and similar bags of projects started coming in. Now we have explored the possibility of using animation as a communication tool in almost all social sectors, ranging from education to consumer rights, environment to climate change and working on each one has been a totally different experience and a hell of a ride.” say the founders. The studio has a three pronged approach to its animation endeavors - education, economy and entertainment. 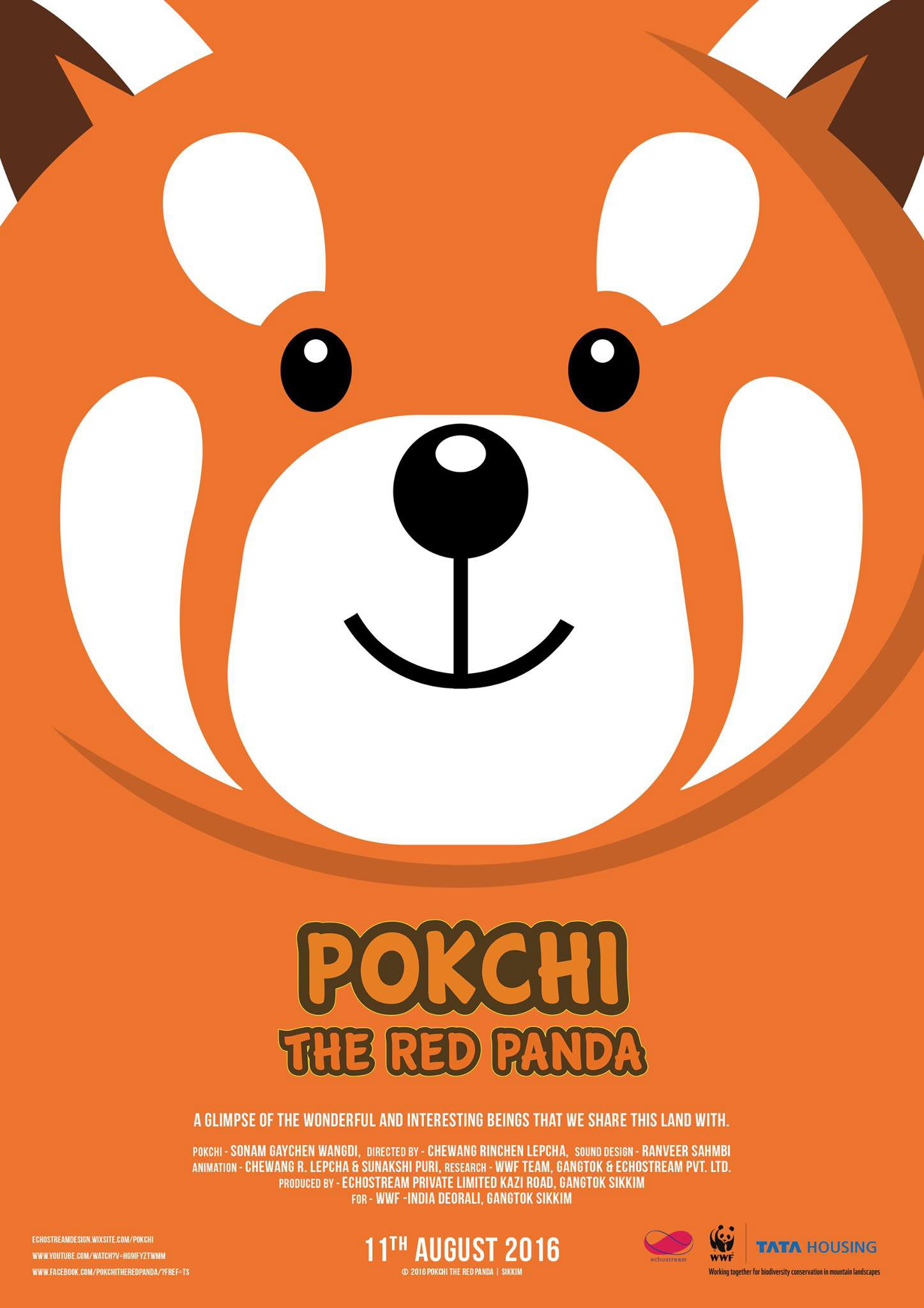 One such project, also the first big Animation project involving the entire EchoStream team, was Pokchi - The Red Panda. Pokchi presents the rich biodiversity found in the sub-tropical, temperate and Alpine regions of the Indian Himalayan state of Sikkim. A collaboration with the Gangtok arm of WWF, the film was targeted at schools in Sikkim with an intent to introduce local content on the region’s biodiversity in the education system of the state. Having previously worked with the WWF in their other initiatives, the film gave the team a bigger and wider platform to talk about the rich ecosystem. The film was opened out to Schools, teachers, students, parents and School Management Committees (SMCs) to feelily share in appropriate environments. 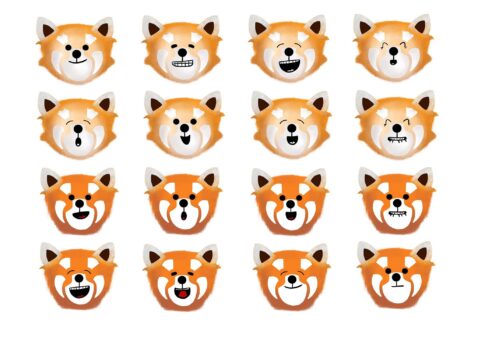 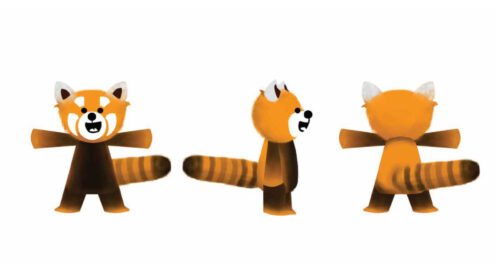 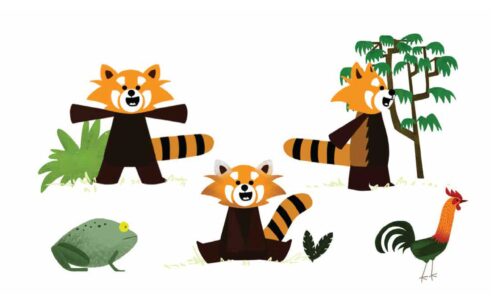 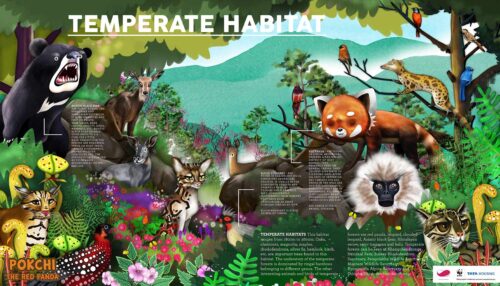 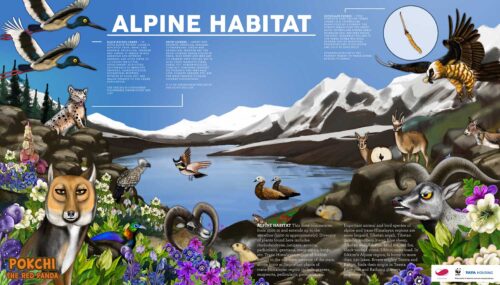 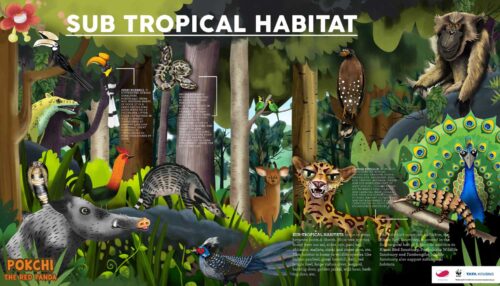 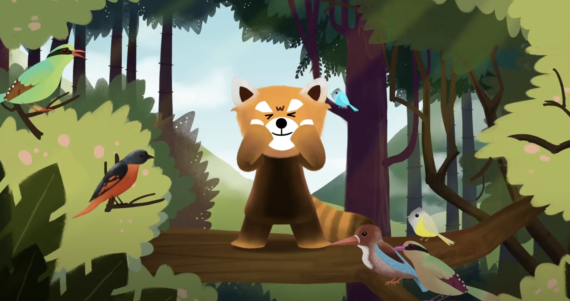 This paved the way for other State-led collaborations like The film on Mediation, a short film developed for the Sikkim State Legal Services Authority to spread awareness amongst the general public of the free Legal services that the State body provides. The idea was to make this information easily accessible to all the citizens of the state, some of whom live in the more remote and sparsely populated areas. Driving on the aspect of inclusivity and access the film was made in Nepali, which is the most spoken language in the Indian Himalayan State of Sikkim. 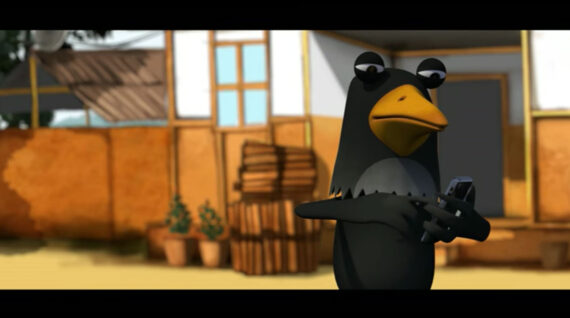 The efforts haven’t stopped there. One of the most recent projects was collaborating with SCERT to re-examine, revise and contextualise the educational content in the SCERT textbooks (Maths, English & Environmental Studies) across grades 1-3.
For this, a series of intensive exercises were initiated by SCERT which included consultative engagements with practicing teachers and users of the textbooks; strengthening of a core textbook writing team and collaborating with external academic partners (UNESCO MGIEP, Azim Premji University & the Textbook Development Team). Great care was taken to embed the socio-cultural context and experiences of the children who come to the government schools and represent the social, cultural and linguistic diversity of the state. The books are thoughtful, well-designed in content and representation as well as innovative in the way they seek to engage young mind 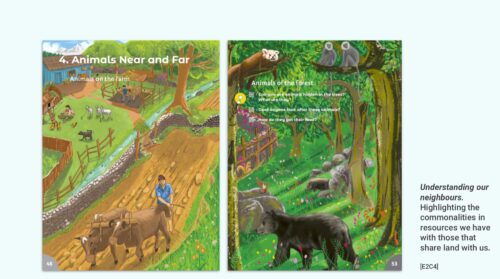 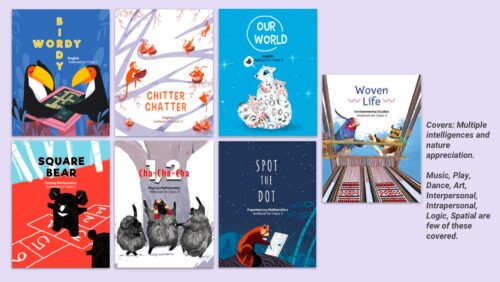 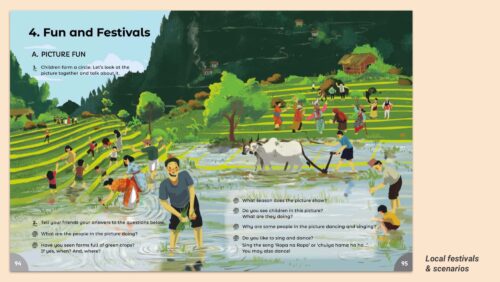 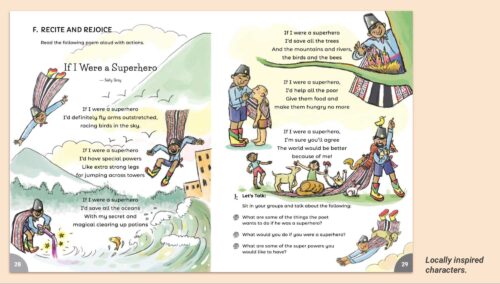 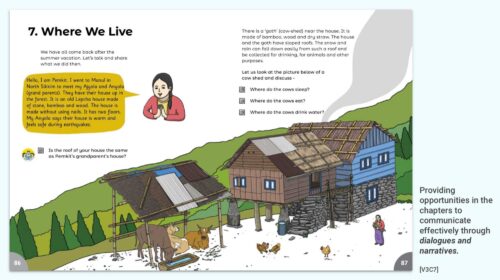 The books are currently in their pilot run in 40 carefully selected schools all over Sikkim. Following the success of this phase, work is underway for the older classes. In Fact, some of the private schools in the state have also expressed interest in adopting these new tools into their educational systems. 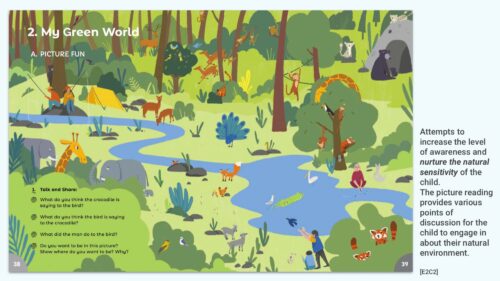 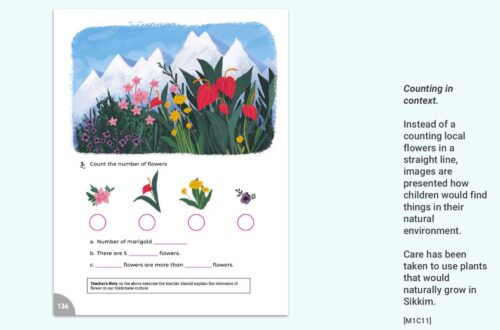 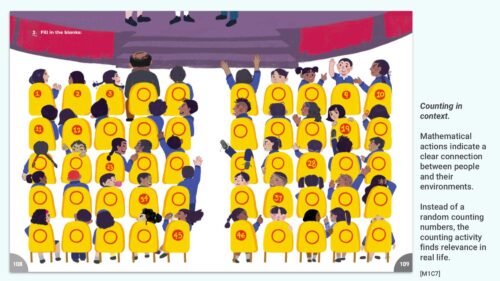 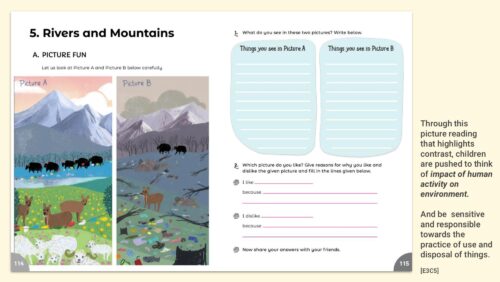 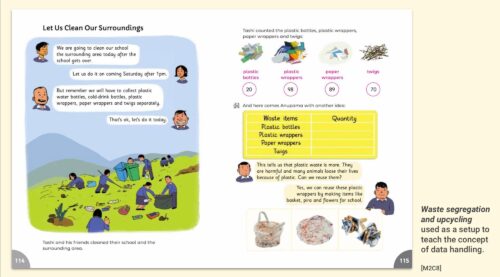 Working in Sikkim, and with the government we are not only responsible for the deliverables but consciously take this effort to educate them about design, the process and the effort that goes behind in making a film. else they will never value what we are bringing on the plate.

The redesign of the school books was borne of the continuous engagement practices that the studio has undertaken with the local community. As a part of their initiative, they started holding workshops with Government schools every Friday and Saturday, with the idea of introducing design practices to schoolchildren and its relevance in their daily lives.

Furthering their mantra for indigenous content, they have also initiated a self-funded project (currently in nascent stage) to revive Lepcha folklores and repopularise them in the mainstream. The first being a popular folklore from the eastern region about why the sun disappeared. This particular narrative seeks at its core to revive harmony with nature (the archer shoots the sun down, but its the animals that bring it back in the story). Again a collaboration that brings together the individual strengths of the core members, from strategy to storytelling to set design and costumes. The whole is greater than the sum of it’s parts, and it couldn't be truer in the case of Echostream. 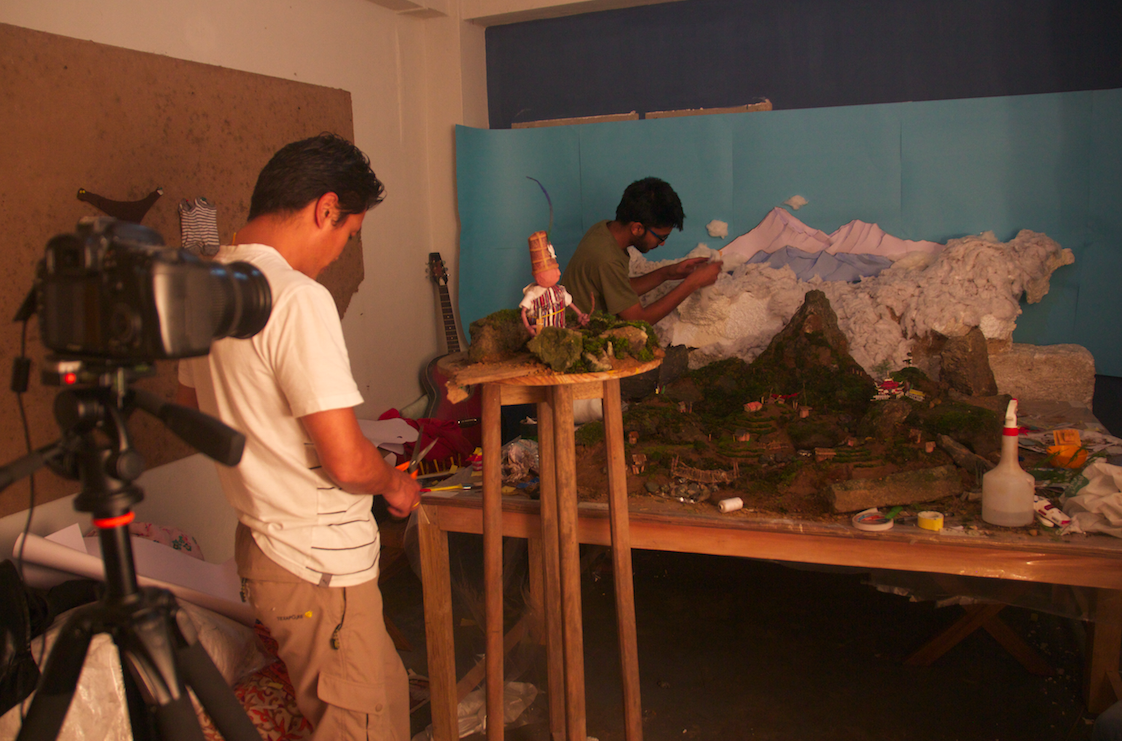 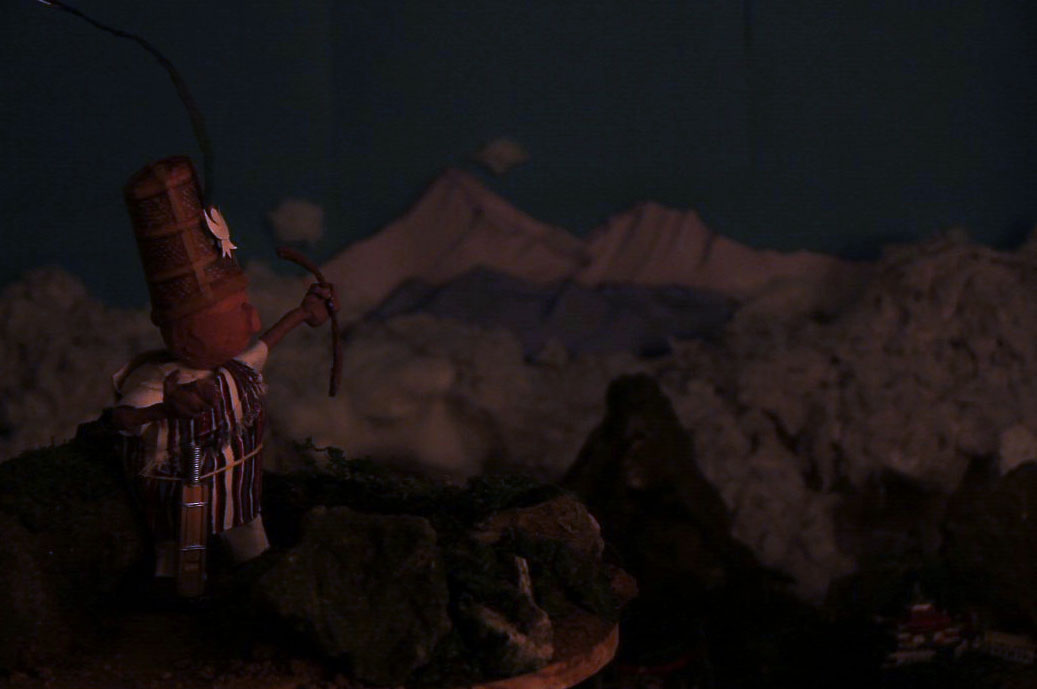 Aside from this, they are also working on another in-house production, Abloom, a graduation film of one of the students, which is presently in stages of production.
(watch the studio space for an update !)

Offering both a unique place and a perspective, it’s not surprising then that the studio has seen many young designers join the flow of their stream, particularly the NID youngsters, a fair number of which have come and collaborated/ interned at the studio.
“We always kept our studio open to as many young minds and open ended briefs as possible, to keep the idea of Echostream evolving throughout.” There have been as many as 112 each with their own unique stories and anecdotes

Though times have been trying and they have had to alter their working models, it’s these times that help them test their new ideas and pivot. Taking their learning from “the virus” they have converted it into a new enterprise opportunity called “Work from the Himalayas”, a hospitality brand which offers co-working, co-living and co-creation targeted to everyone in the WFH mode.

It further reinforces Echostream's vision of developing a creative mountain economy powered by collaborations with design and creative industries.

Care to join the voices in the echo? We sure are tempted. 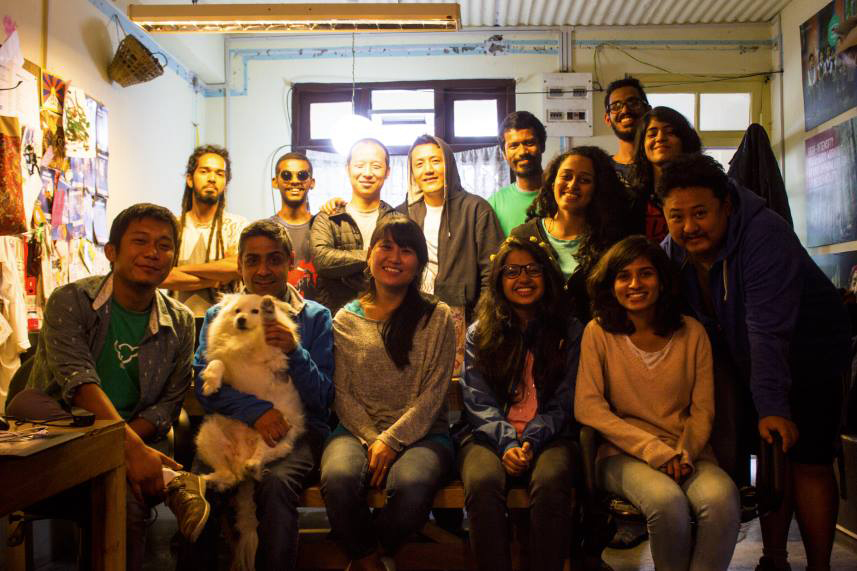 You can find their work at http://echostream.in/